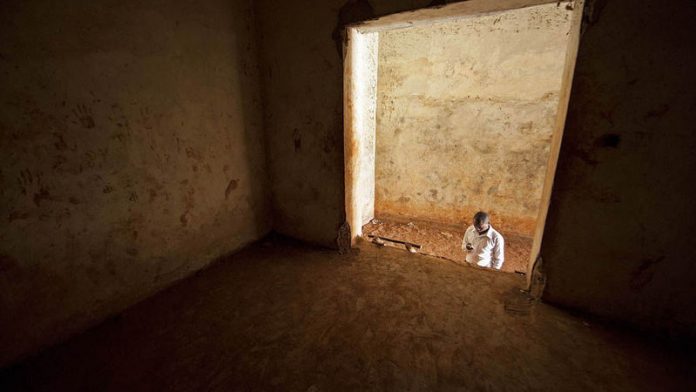 On a steamy afternoon, tour guide Allan Kakembo is leading an American mother and daughter on their first visit to Uganda. They go down a hill, past rows of inconspicuous banana trees and children playing in the dirt, and into a concrete tunnel.

"Some people are scared of coming in here," says Kakembo as the tourists climb along the muddy rocks and wade through the rainwater at the tunnel's entrance. "We try to comfort them because we want them to see this. If someone doesn't come here, they won't have the power to tell other people what happened."

It's slightly more than four decades since Idi Amin, the flamboyant, 1.88m-tall dictator known as Big Daddy, came to power in Uganda after staging a coup that deposed Milton Obote. Today the country bears hardly any visible, physical sign of his seven-year reign of terror besides this underground passage where the late despot and Obote, who ruled before and after Amin, were said to have electrocuted, suffocated and starved about 9 000 people to death. Their bodies were thrown on roadsides and into Lake Victoria.

Half-a-million people are believed to have been killed during Amin's time in power.

Now the Uganda Tourism Board (UTB) is planning to "make use" of the "most popular Ugandan ever" – a "tourism trail" devoted to Amin to attract international, regional and domestic visitors.

The board's chief executive, Stephen Asiimwe, said last week that the board is in the "very early stages" of developing the trail, and that it would focus on Amin as a "historical figure in Uganda" and also as someone who "affected the whole world".

"Who was this guy? Why did he do the things he did? Those who hated and loved him would love to know more about him," said Asiimwe. "It's so common with any icon."

He would not suggest any potential sights for the trail, but said it would embrace the swimming and boxing talents of Amin, a former heavyweight champion.

The torture chambers in Mengo, Kampala, originally constructed as an armoury by the Israelis in 1972 but only used for this purpose by Amin for eight months, would be a likely inclusion.

Daily tours
For the past four years, Kakembo (28) has been conducting daily tours of Uganda's Buganda kingdom and the dungeon. Situated down the hill from the Buganda palace, the terror chambers still draws gasps of horror from the visitors, mostly Europeans and Americans and local Ugandan school groups, who tour them.

"You mean he would have people in here electrified?" asked one American tourist before taking photographs of the tunnel last week.

"Yes," replied Kakembo, who usually leads up to five groups a day.

Other locations on the Amin tourism trail could be State House at Entebbe, where the dictator stayed occasionally, and the Nile Mansions Hotel (now the Kampala Serena), where his regime had another torture chamber.

Further afield, there's Jinja town, ravaged by the dictator and his men, and Amin's birthplace, Koboko, in northwestern Uganda.

Poor timing
The timing of the announcement of the trail is less than perfect, with Uganda already facing a tourism backlash after President Yoweri Museveni signed a draconian anti-gay bill into law in February. As a result, about $3-million in United States funding designated for tourism and biodiversity promotion will be redirected to nongovernmental organisations working on biodiversity protection.

Stephen Rwangyezi, the founder and director of Kampala's Ndere Cultural Centre, was 16 when Amin came to power. He lost "many friends and relatives" at the hands of Amin and Obote.

"If you did not come home by 4pm, your family was completely worried," Rwangyezi said. "Finding a dead body on the street was not news."

But, he said, Amin had done "some good things in a bad way", pointing out that he made each family build a granary in which to keep food, which guaranteed food security.

Rwangyezi said he would like to see a "moral site", and not a tourist attraction based on the former leader, if it served two purposes.

"First, you know it happened, but at least now there's an assurance it's over," he said. "Second, it's a way of creating a warning to all the other governments and leaders that you cannot do things like this."

Rwangyezi (59) said there were parallels between Amin's stance against the West and that of Museveni.

"This signing of the anti-gay Bill at a press conference sort of plays into that psyche of saying: ‘Wow, we have someone who can actually stand up to these people' – and that's what Idi Amin played on," he said.

Emmanuel Katongole, an associate professor in theology and peace studies at the Kroc Institute at the University of Notre Dame in the US, said that, despite Amin being president of Uganda, "for better or worse", there was "no public acknowledgement of this fact whatsoever" in the country.

"There is no library, museum, not even a burial site; no place to go to study or get an insight into the story of Amin and his legacy in Uganda society," said the Ugandan-born Katongole, who has studied the dictator. He warned against creating a "dollar earner" by packaging the despot in a touristic way, but said an initiative recalling Amin would "remind us all that we can't escape the past".

"We live in denial, in a perpetual ‘now', and, therefore, history becomes easily manipulated for ideological purposes," Katongole said. "A key challenge in so-called post-colonial societies is [to avoid] the erasure of memory."