In the early hours of December 5 2013, I flipped through the television channels in my apartment in Doha. News had just broken of Nelson Mandela’s passing. I watched as journalists around the world assumed sombre tones, their expressions downcast as they waited for South Africa to wake up to a world where Mandela was no more.

Then the call came.

I was on the next flight, or the one after that, as it turned out. I was going home.

The sense of history threatened to overwhelm me. Mandela’s passing was more than the story of a man – it was about the end of an era, and the start of another for South Africa, but also the world. One of the last great icons of the 20th century was no more. And I perhaps was destined to tell this story after all.

As a young man growing up in the coastal town of Durban, I had long wondered, as many others did, about Mandela’s passing. What would it be like when it happened? How would people react? Where would I be?

Still, this was not a story I was looking forward to chasing. Forecasts of what would happen to “South Africa after Mandela” had long become trite. So miraculous was the transition to democracy after 50 years of institutionalised racism and 300 years of colonialism, there had to be a catch. Mandela’s passing, it was decided, was that catch. When he “goes”, the country would fall into anarchy: a white genocide, the Indians packed off to the subcontinent. It would be like Uganda of 1972, or Zimbabwe of the early 2000s. Or so the theory seemed to hold.

And to be honest, I too have wondered what would happen to “the community” when “Mandela goes”. I grew up alongside slanted commentary of South Africa’s transition and it is only natural in a country where, up and until 1994, privilege and disenfranchisement was legally divided by the colour of your skin. But the story of Mandela, the story of South Africa and the transition has never been straightforward. Make no mistake, outside South Africa, like inside South Africa, Mandela was revered. Cuba’s Fidel Castro described Mandela as “the complete man”.

On a warm summer evening in his house in Srinagar, Yasin Malik, the Jammu Kashmir Liberation Front (JKLF) leader, regaled me with his account of how Mandela’s autobiography, Long Walk to Freedom, had played a role in his decision to shift from armed struggle to non-violent means in forwarding Kashmir’s ambition of independence. Likewise, offspring of the Hamas top brass still say Mandela is an icon of strength, sacrifice and strategy in Occupied Palestine. But there is still more to this. Well into the 20th year of democracy, and ordinary South Africans are reeling under conditions of high unemployment, poverty and crippling food and energy prices.

The decisions made under Mandela’s reign as president are under intense scrutiny, not by the opportunist critics, but by the people themselves. While open to criticism himself, berating Mandela has never been the recourse of the mainstream media, not when he was president of the country, nor when he retired. And certainly not now, when his death has been opportunity for hagiography. 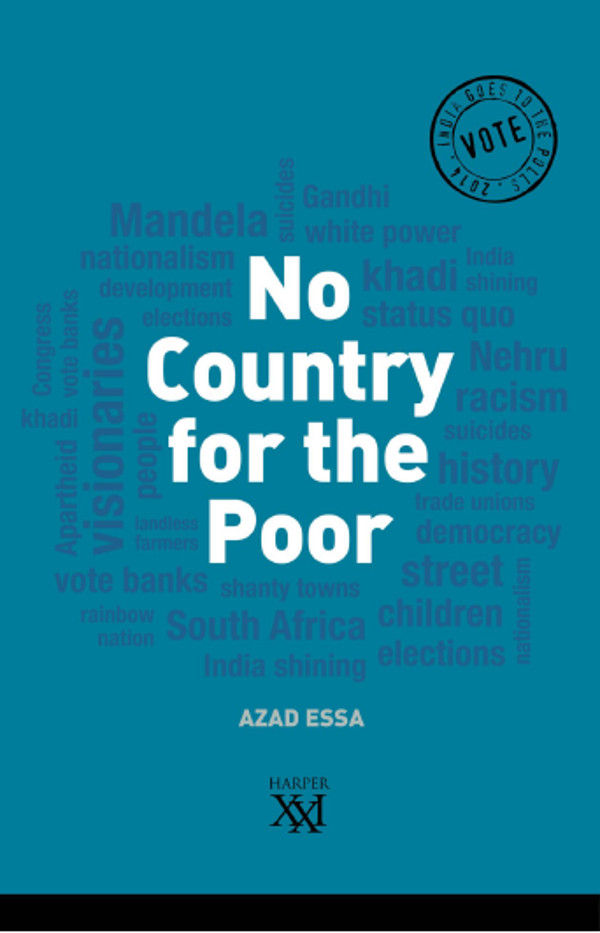 In early 2004, just as Mandela was about to step out of public life and South Africa was about to celebrate 10 years of democracy, I was studying in Delhi. In a local paper, I read Arundhati Roy’s gentle assault on Mandela for bowing down to market forces, and privatising a large chunk of services, including electricity, within two years of taking office. The decision had led to millions of South Africans being cut off from basic services. Speaking at the World Social Forum in Mumbai, Roy said Mandela was “a magnificent man” who was held hostage by the project of corporate globalisation. The prisoner Mandela, it turned out, was markedly different from President Mandela. I kept the newspaper clipping from The Hindu, citing it as one of the first of the many that would challenge the myth of South Africa’s miracle transition.

Meanwhile in India, a rousing narrative of “India Shining” was being pushed by the BJP ahead of the country’s general elections in 2004. The newspapers were replete with stories of fervent growth, shifting fortunes and the meteoric rise of a new middle class. I looked around upper Vasant Vihar, at the muck and dirt, and I simply couldn’t understand the disjuncture. “India Shining” always seemed like a needless joke to me.

If there was light, if there was any shine at all, it was because a certain Ramu was on the running wheel.

With extreme, concentrated wealth in the hands of a few and large swathes of ridiculous poverty, South Africa and India were kindred spirits in their celebration of inequality. In Delhi, a man hand-delivered a South Afican High Commission invitation to my hostel door for a bash at a five-star hotel in the name of celebrating “democracy”. Almost 48% of South Africans were living in poverty at the time. It is perhaps apt then that one of the first critiques of Mandela I would read abroad would come from India. And with the passing of Mandela, I was forced to revisit my relationship with his name and his legacy.

When I travelled home, I wondered if a shade of grey, a certain melancholy had weaved itself into the rainbow nation. Would a local artist pen epic lyrics overnight, as Rajendra Krishan in tandem with Mohammed Rafi did after Gandhi was assassinated? Did South Africa require an enforced calm? I didn’t think so but still I had to wonder. To tell the story of South Africa after Mandela posed an unnatural conundrum. What he meant, represented, and as colossal as the symbolism might have been, it didn’t always bring food to the table of the ordinary. The challenge reminded me of something I had seen before.

No Country For The Poor by Azad Essa is published by Harper Collins India.