Interactive and on all the time 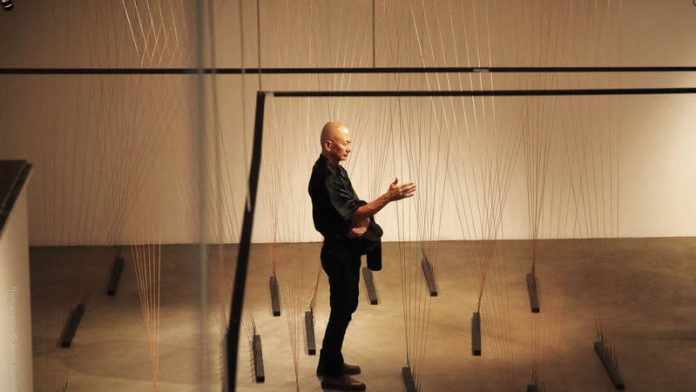 During her studies, Jenna Burchell was enthralled by a medium that the institution she was at knew nothing about. Her work in interactive installation art was met with mixed reactions from her lecturers, some of whom refused to accept its validity as an art form.

Realising then that she wouldn’t be able to follow the values and standards of the traditional art world, she has had to continually create her own path and value in order to pursue her passion.

One of Burchell’s first art-related memories is of watching her mother writing a note and being so fascinated by the movement of her hand that she attempted to recreate this motion on the inside of her cupboard using fibre-tipped pens.

This interest continued to develop as Burchell grew up and, after matriculating in 2003, her parents moved to Doha, Qatar, for work while she remained behind to study art. Although the newfound independence was exciting, her entire understanding of the world was displaced as she found herself in a global village where any attempts at family interaction became mediated through technology.

Says Burchell: “Today my installations, sculptural objects and performances create playful relationships with their users that expose this tension between the intimacy of home and the diasporic forces of the global technosphere.

“I strongly believe that the stereotype of the loner studio artist needs to be put to bed,” Burchell says. “Art naturally evolves with the times and right now we no longer exist in a vacuum. Even when at home, alone, we are constantly updating, interacting, networking, socially liaising and adjusting our public perceptions.”

Working in interactive installation art, the creative subject becomes the collaboration between Burchell as an artist, the local community, the industry specialists she consults and the audience that interacts with a piece.

Meaning of home
In March last year, Burchell was supported by the Ithuba Art Fund that provides a platform for emerging artists based in Johannesburg, out of which came Homing.

The meticulous hand-built environment is a forest of hundreds of glimmering copper strings, strung from floor to ceiling.

When touched, the strings respond with dogs barking, laughter, thunder, traffic, a piano and other familiar sounds – evoking memories of home and encouraging audiences to talk about what home means to them in the context of a diaspora.

Homing is a travelling exhibition (which will be at the National Arts Festival in Grahamstown this year), and the soundscapes presented are uniquely recorded and collected with the local communities before each show.

Drawing on her experience as a third-generation white female feeling excluded from the social and economic life in South Africa, the story follows a character searching for a place to belong but finds that she only exists in a no-man’s land.

What Burchell’s work clearly shows is that her artistic language is a direct manifestation of her context and journey in life.

“I don’t believe I had much of a choice in this,” she says. “Art chose me instinctively from day one and it was a welcomed compulsion I could never stray far from.”

This article is adapted from an interview with the artist that appeared on the creative showcase site Between 10and5.