Live from the underground: Pharoahe Monch in Cape Town 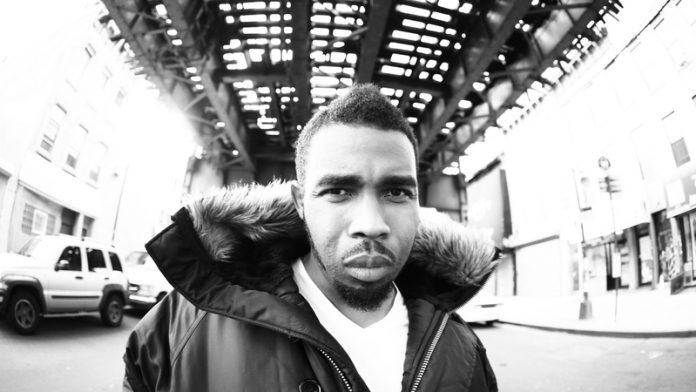 The closest New York-bred MC, Pharoahe Monch (real name, Troy Donald Jamerson), ever got to the mainstream of American rap was in 1999 when he released his first solo album, Internal Affairs. The LP’s lead single, Simon Says – which used an uncleared sample of Godzilla film composer Akira Ifukube’s Gojira Tai Mosura and led to the album being pulled from the shelves – peaked at number 97 on the Billboard Hot 100 chart.

Since those halcyon days, Pharoahe Monch has released three other acclaimed solo LPs: Desire, W.A.R (We Are Renegades) and, more recently, P.T.S.D (Post Traumatic Stress Disorder). Though he has never been able to eclipse the heights of the late 90s, Pharoahe Monch remains one of hip-hop’s cultishly revered figures. (Some die-hard fans speak of his early work, as one half of the duo Organized Konfusion, with the same reverence movie buffs hold for Quentin Tarantino’s early films.)

On a cold Wednesday night, the MC touched down in the Mother City for a one-night-only performance at Zula Bar on Long Street. It was a noticeably low-key affair from the start: no road closures, winding queues, velvet ropes, or an army of outrageously large bouncers patrolling the entrance. This was straight live from the underground.

Indie urban electro outfit, TheCity, a band flying largely under the radar in Cape Town, gave an assured performance as the evening’s opening act. Clement Carr on keys and synths and soulful University of Cape Town College of Music alumnus Bonji Mpanza on vocals provided most of the highlights.

TheCity also backed up the next act and one of the organisers of the show, Abdi ‘Whossane’ Hussein. To those not acquainted with the Brooklyn-born and Cape Town-based MC, he gave an emphatic account of himself during the 40 minutes or so he was on stage. The sincerity of his performance, more than his deep-toned voice, endeared him to the audience.

“Unlike rhythm and blues, hip-hop has a strong memoiriostic impulse,” American urban music scribe, Touré, once wrote. “MCs speak of themselves, their neighbourhoods, the people around them, playing autobiographer, reporter and oral historian.” And in this way a particular experience, like growing up surrounded by hardship in Brooklyn, can become universal.

High-octane
The crowd went crazy when the evening’s headliner, Pharoahe Monch, sporting a Ché Guevara-like beard, appeared on stage shortly after midnight. From the beginning, the performance was as high-octane as those insane Busta Rhymes videos from the late 90s.

During one of the show’s surreal moments, a white guy standing behind me shouted: “I love you Pharoahe Monch! We’re living in the jungle!” Then as if on cue the rapper segued to The Jungle, one of the standout tracks from P.T.S.D (Post Traumatic Stress Disorder). Like Bob Marley’s Concrete Jungle, the song imagines the city as a jungle where Darwin’s principle of survival of the fittest is the only law that applies, and one part of the chorus goes:

Supported by DJ Revolution on the decks, Pharoahe Monch deftly moved between old and new tracks. The one element though, which threads through his incredible discography and which has earned him cult status, is his lyrical dexterity. That and the fact that he rhymes intelligently about the lives of the 99%. While mainstream American rap has sashayed into a creative cul de sac, someone like Pharoahe Monch reminds you of the aesthetic and political possibilities of hip-hop.

“Simon says get the fuck up!”

Jabba drew inspiration from everything. His approach was collective and prolific.
Read more
Friday

Don’t it always seem to go