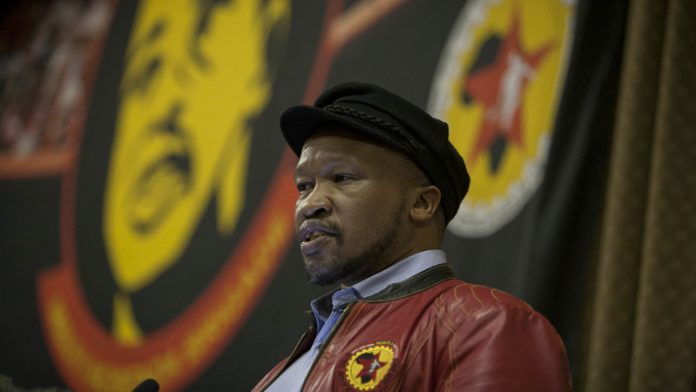 Enthusiasm for the “Numsa [National Union of Metalworkers of South Africa] moment”, the union’s grip on the collective South African imagination, continued to soar as it wrapped up its four-day International Symposium of Left Political Parties and Movements in Benoni yesterday.

This was despite apparent assassinations carried out on three of its members last week, which Numsa general secretary Irvin Jim insinuated could have been part of a calculated plot to slow its momentum.

The symposium had been planned since the union, Cosatu’s largest affiliate and its most vocal agaist the country’s current economic direction, had made the call during its December 2013 special national congress to look into the possibility of forming a new workers’ party.

Jim carefully outlined the union’s position in an interview to journalists on Sunday, dispelling reports and long-held rumours that the union had “been in cahoots” with the Economic Freedom Fighters (EFF), who snubbed the event, saying such reports had been carried as a “SACP [South African Communist Party] truth” but were, in fact, “unsustainable lies”.

He said the EFF had demanded a meeting with the union which it could not hold before hosting the symposium. He said, however, that this did not mean that the union would not meet with the EFF at a later stage.

He touched on its continued isolation in Cosatu and the tripartite alliance, saying Numsa was under siege and the cessation of hostilities as Numsa and its mother federation Cosatu participate in an ANC-led mediation process  had been a farce as the union continued facing “rampant attack”.

‘Well-calculated strategy’
Jim said the union was undergoing a “well-calculated strategy” to dismiss it from Cosatu “and if anybody doubts that, we must be told on what basis we have been told that there is a cessation of hostilities and yet Zingiswa Losi [Cosatu’s second deputy president] will go and take a NUM [National Union of Mineworkers] platform and rubbish Numsa on resolutions taken democratically in the structures of the organisation, when she in fact already knows about those Numsa resolutions and there is a dialogue and debate as to how we find one another.”

He said Numsa had not met the ANC recently regarding the mediation and would not walk out of Cosatu as it is not a “federation belonging to a clique”.

With its continued isolation, the symposium presented a Numsa that had its eyes trained on a worker-driven political alternative for South Africa.

Jim said there had been an overwhelmingly positive response to his presentation “The state of the South African revolution and the significance of the Numsa moment”.

Using the Freedom Charter as a centrepoint, his presentation highlighted growing inequality in South Africa since 1994, including job losses and the failure of the education system.

In general, the symposium was marked by high levels of analysis, presentations and interactions with 27 representatives from political and social movements from 17 different countries.

Former intelligence minister Ronnie Kasrils observed that there was “a clear spirit from everyone in attendance that what is needed is a new paradigm, the tolerance of different strands of thought and a unified approach”. He said it “augurs very well for the development of this process towards ‘social renewal’ in our country”.

Overwhelming support
Analysing Numsa’s position and disposition following the symposium, Democratic Left Front member and filmmaker Rehad Desai said: “Because of the issue of so-called mediation by the ANC, Numsa is holding back a bit, but there has been overwhelming support to go ahead and come out of the federation and build a network that could lead to a new federation that could include Nactu [the National Council of Trade Unions] and relations with the biggest union in that federation, Amcu [Association of Mineworkers and Construction Unon].”

“Amcu needs to be developed and it is critical for the EFF to be involved in the movement and take part in the conference next year to develop consensus on the form the new party will take.”

Desai said the inclusion of Amcu and the EFF were “the most optimistic scenario”, but “what has been deeply important was hearing about the international experience of similar events in history and the present”.

“There is no doubt that the party will take root because the timing is critical. We can’t allow deliberating within Cosatu to hold it back. There are a number of different sites of power that require contestation that could have seen a coming together. The Amcu strike was one and the Numsa strike was the other. We need to have preparatory meetings on the conference next year and we won’t be able to contest local government elections, because [you need] to get there early and you have to do a lot more work.”

Jim said there was no hostility between Numsa and Amcu and the union would never cultivate it, despite having been denied a platform at the beginning of the Amcu-led strike in the platinum belt earlier this year.