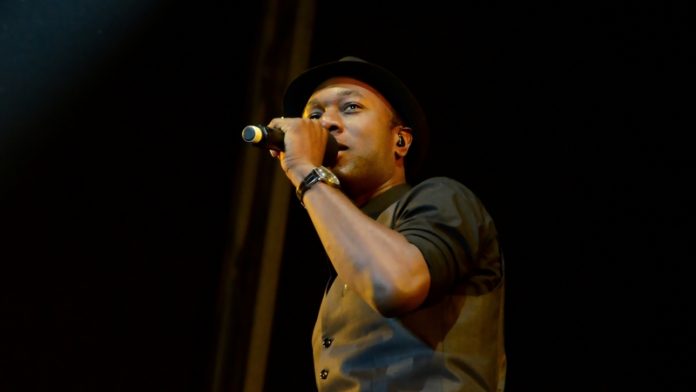 The hip-hop image of popping bottles of champagne, owning numerous luxurious cars and hanging out in strip clubs is one that didn’t interest rapper-turned-singer Aloe Blacc. Which is why the 35-year-old from the US, who performed at this year’s Oppikoppi music festival, made a conscious shift from rapping to singing soul music.

“I didn’t feel like anything I had to say in hip-hop was going to be received by an audience that was being groomed for that kind of message. So I changed my perspective to be able to write songs that for me had deeper meaning,” Blacc told the Mail & Guardian.

Blacc, whose real name is Egbert Nathaniel Dawkins III, started rapping at the age of 15. He used to be a part of an underground hip-hop duo called Emanon in his teens. Emanon comprised of Blacc and hip-hop producer Exile.

“I continued to make hip-hop until the market and media and what was popular in hip-hop didn’t speak to me anymore.”

So what speaks to Blacc? Being in a position to write songs that motivate and inspire. Which explains the title of his third and latest studio album Lift Your Spirit. He did however keep a bit of his hip-hop image by sticking with his MC name, Aloe Blacc. He chose the name Aloe because his style was smooth like lotion. And there is no denying that his sound is smooth. His live performance is flawless as he effortlessly belts out notes.

Growing up in the neighbourhood of Laguna Hills, Blacc listened to musicians such as Quincy Jones and Bill Withers. His sound, however, is influenced by different genres including reggae, salsa music, merengue and classic rock. And he has Panamanian parents to thank for that. His parents listened to a lot of salsa and merengue music. Blacc says he is open to exploring different sounds, dance music included.

Most people know Blacc from his 2013 dance hit single Wake Me Up with Swedish DJ Avicii. Avicii invited Blacc to a studio session to work on the song with him. Blacc added the vocals and wrote the lyrics and Avicii remixed and arranged the piece.

I Need A Dollar, from his 2010 album Good Things was Blacc’s first successful single on the music charts. Life has not been the same for the husband and father of one since the release of his debut album, Shine Through, in 2006. He now has people from all over the world singing along to his songs and being nice to him. “You have couple of hits and people become nice to you,” Blacc says.

Before all the fame, Blacc worked as a business consultant, but when he was laid off he decided to focus on his music until he got a new job. “There was a reduction of force and they let me go.” But with his career taking off so well, Blacc’s plans changed and he traded in a desk-bound life for a life on stage.

But music is not the only thing he’s interested in. Blacc wants to try his hand at acting. His first movie role is in the latest James Brown biopic Get On Up, in which he plays the character of Nafloyd Scott. Nafloyd was a guitarist in Brown’s band, The Famous Flames. Other well-known names in Get On Up include Dan Aykroyd, Octavia Spencer and Viola Davis.

Blacc fans can also expect some new music from him. “I’m always working on new material. I’m always recording and always writing in my different styles and hopefully there will be new music coming soon.”

Jabba drew inspiration from everything. His approach was collective and prolific.
Read more
Africa