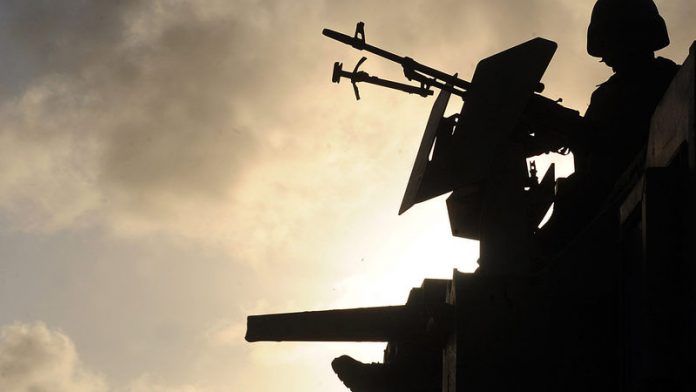 The Somali Islamist militant group al-Shabab confirmed on Saturday that its leader Ahmed Godane had been killed in a US air strike this week and named a new leader, promising “great distress” to its enemies.

US forces struck Godane’s encampment in south-central Somalia with Hellfire missiles and laser-guided munitions on Monday, but the Pentagon did not confirm his death until Friday.

Western governments and neighbouring countries want to neutralise the group, which they say has exploited Somalia’s chaos to attract jihadists and train them to fight.

In a statement, al-Shabab reaffirmed its affiliation to al-Qaeda, and named its new leader as Sheikh Ahmad Umar Abu Ubaidah, warning its enemies to “expect only that which will cause you great distress”.

Little is known of al-Shabab’s new leader, but a local elder who asked not be named said he had joined al-Shabab in 2006 and, like Godane, hailed from the Dir clan.

Godane himself was named head of al-Shabab in 2008, less than a week after his predecessor Aden Hashi Ayro was killed in a similar US raid.

Godane dramatically raised the group’s profile, carrying out bombings and suicide attacks in Somalia and elsewhere in the region, including last September’s attack on the Westgate shopping mall in Nairobi, Kenya, in which 67 people died.

Godane publicly claimed responsibility for that attack, saying it was revenge for Kenyan and Western involvement in Somalia and noting its proximity to the anniversary of the September 11 2001 attacks on the United States.

Godane’s killing ‘symbolic’
The militants have also staged guerrilla attacks in parts of the capital, as well as in neighbouring Kenya and Uganda.

The Pentagon said on Friday that Godane’s killing was a “major symbolic and operational loss” for al-Shabab, but some analysts have said it could bring more violence.

Al-Shabab, whose name means “The Youth”, said two of Godane’s companions had been killed in the attack, adding: “Avenging the death of our scholars and leaders is a binding obligation on our shoulders that we will never relinquish or forget, no matter how long it takes.”

The group, which aims to impose its own strict version of Islam, controlled Mogadishu and the southern region of Somalia from 2006 until 2011. It was forced out of the capital by peacekeeping forces deployed by the African Union, who have launched a new offensive against the Islamists this year.

Kenya deployed troops with the AU force to try to prevent al-Shabab encroaching onto its own territory, and suffered retribution in the shape of the attack on the Westgate mall.

Kenyan President Uhuru Kenyatta thanked the United States for killing Godane, and “for bringing an end to Godane’s career of death and destruction. –Reuters