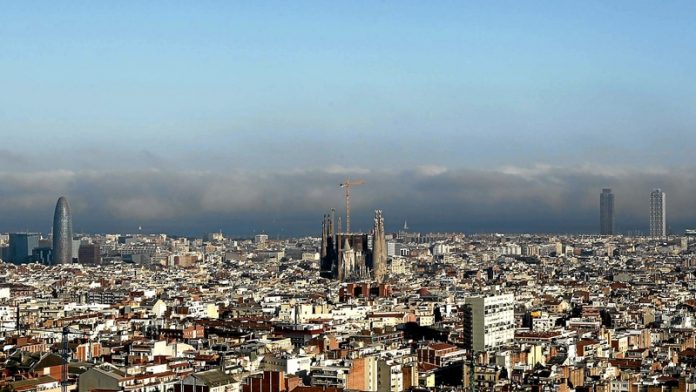 For the Economist, it’s Melbourne, Vienna and Toronto; for Monocle magazine, it is Melbourne, Tokyo and Copenhagen; for the global recruitment consultancy Mercer, the index of “most liveable cities” begins with Vienna, Zurich and Auckland.

When I read these lists, which are nearly always topped by cities in Australia, Canada and Scandinavia, I imagine them being compiled by a terrified, monogamous young couple dressed head to toe in Uniqlo or Gap.

Their typical criteria – low crime rates, cheap private schools and access to world-class outdoor sports – always seem to match those of the stereotypical modern salaryman, not the complex real-world individual.

The Economist’s 2014 liveability ranking, released last week, reported a five-year fall in overall quality of city life, primarily driven by political unrest. More than half the cities surveyed had seen a fall in living standards owing to “heightened unrest in the wake of the global economic crisis, which has undermined many of the developmental gains that cities may have experienced through public policy and investment”.

Though you can see their point when it comes to Damascus, Tripoli or Donetsk, equating political instability with negativity is perverse. The unrest that has swept many cities in the so-called emerging market countries, from Rio and Kiev to Istanbul, is actually a measure of how the new middle class in these countries aspires to make things better.

Speaking from experience, Istanbul during the Taksim Square protest and Athens during the indignado (outraged) camp of 2011 became, momentarily, better places to live. You could argue that New York City after the Occupy movement experienced a positive change in social atmosphere, a democratisation of artistic space and a revival of its radical mojo.

George Orwell once imagined an ideal pub – which he called the Moon Under Water – that embodied the 10 key qualities no real pub possessed, from barmaids who call you “dear” to serving stout on draught. In that spirit, and as an antidote to league tables that judge cities against Ikea-like qualities, I will describe the city I would like to live in:

• First, it is near the sea or another body of water warm enough to swim in.

• Second, it has entire neighbourhoods designed around hipster economics. Though currently maligned, hipsters are crucial signifiers of a successful city economy. Their presence shows it is possible to live on your wits even as neoliberalism stagnates.

Such neighbourhoods (I am thinking of Little Five Points in Atlanta) typically contain vintage clothes stores, a microbrewery, a gay club, burger joints, coffee bars not owned by global chains, and a lot of small workshops for creative microbusinesses. In the ideal form, these areas are home both to hipsters and ethnically diverse poor communities, who refrain from fighting each other.

• Third, the finance sector has to be big enough to mobilise global capital and local savings, but not so big that it allows the global elite to run things through their usual mixture of aristocratic men’s clubs and organised crime.

• Fourth, and this is crucial: it has to have theatres. Not just big ones such as the Vienna State Opera, where the elite can parade their jewellery and their furs, but tiny theatres in warehouses or open courtyards (this ideal city is somewhere sunny). The city has to have a recognisable demos: you have to be able to go somewhere and, as in the Paris of Émile Zola’s Nana, point across the stalls to celebrities and statespeople misbehaving in public.

• Fifth, it has bicycle lanes and trams. The most touching thing about the Chinese city of Tianjin, when I first visited in the mid-2000s, was its bike lanes separated by concrete kerbs from the traffic: on cold nights, young couples would ride home side by side holding hands.

Equally important to trams and bike supremacy is a heavily regulated taxi system, as efficient as Uber but under the control of old-style London working-class cabbies who’ve been persuaded to give women and ethnic minorities equal access to the trade and who are banned from giving you their opinion.

For it is a truth unacknowledged by those who make the official league tables that Joe Corporate, with his squash racquet and sober suit, and Joanna Corporate, with her nanny and pushchair, really want to live many other secret and parallel lives and that the ideal city is one big, analogue version of Craigslist.

• Seventh – like Orwell’s mythic pub – it must be happy with its Victorian and Edwardian architecture, and with anything salvageable that used to be a factory or warehouse. Harlem in New York, Fitzroy in Melbourne and Prenzlauer Berg in Berlin all derive an intangible positive atmosphere from their combination of brick, ornament, renovation and re-use.

• Eighth, it must be ethnically mixed and tolerant, and hospitable to women. Some of the “safest” cities on these world league tables are actually ones where women can’t live an equal or modern life, because whole areas are locked down by religious conservatism or harsh policing of minorities.

The city of Gijón, in northern Spain, has a government that plasters the streets with ever more inventive propaganda against sexual harassment, domestic violence and general sexism. Stuff like that.

• Ninth, any slums have to be what UN-Habitat (the United Nations human settlements programme) calls “slums of hope” –staging posts for upward mobility, self-policing and non-chaotic (ideally you would have no slums at all).

• Tenth, indispensably, is a democratic political culture the inhabitants are proud of, that calls them regularly to the streets and to loud arguments in small squares, keeps their police demilitarised and in check, and allows them to assimilate the migrants that will inevitably flow inwards, and to self-identify as products of the city as they themselves navigate the global labour market.

As with Orwell’s pub, no one city has all these qualities. Athens, Lima and Barcelona would come close if they could sort out corrupt political oligarchies, racism, sexism and, of course, poverty. Vienna lacks diversity, downtown Melbourne needs a better theatre scene and, in truth, the sea there is bloody freezing.

If you could cut and paste everything east of Sydney’s Bondi Junction on to London’s Soho and Barcelona’s Raval, giving the whole city a feminist government recruited in Scandinavia, you might come close.

But you can’t, so you have to dream. And remember, it was the imagination of those who built the best of the world’s cities that made these global league tables possible: not the housing market or planning regulations but exalted visions of urban space transformed. So dream on. – © Guardian News & Media 2014