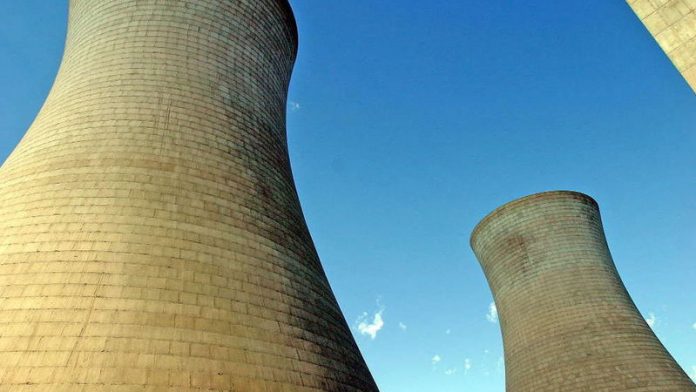 A bilateral agreement between South Africa and Russia on the procurement of nuclear reactors was not a “done deal”, an industry source told the Mail & Guardian on Tuesday. “There will still be a procurement process. They can’t just give a [multi-billion dollar deal] to people by a minister signing a contract in Vienna.”

The department of energy said on Monday in a statement: “The agreement lays the foundation for the large-scale nuclear power plants procurement and development programme of South Africa … [which would include] new nuclear power plants with Russian VVER reactors with total installed capacity of up to 9.6 gigawatts [up to eight … units].”

South Africa’s Integrated Resource Plan 2010 makes provision for 9.6 gigawatts of nuclear power, with that capacity expected to come online by 2030.

Taken by surprise
Although it is not a contract, the extension of Russia and South Africa’s agreement took many by surprise, including delegates from South Africa’s National Nuclear Regulator (NNR). However, one delegate said that it was “normal in smaller markets” for nuclear partnership decisions to be political, if informed by scientific committees in governments.

“There will be a South African procurement process of course. There will be other inter-government agreements signed,” said Xolisa Mabhongo, an executive at South African state agency Nuclear Energy Corporation. There would be a bidding process before any final contracts were signed, Mabhongo said from Vienna, where the agreement was signed. “They jumped the gun,” a senior South African government source, who is part of the country’s delegation to an International Atomic Energy Agency conference in Vienna, told Reuters.”

The NNR would hold public hearings around nuclear safety aspects, but would not assess the choice of the country’s partners in building new nuclear power plants. “The NNR will only get involved when we receive a license application. When the license application comes through, there will be public hearings on [the] nuclear safety [aspects], but not the choice of companies,” said NNR spokesperson Gino Moonsamy.

The management of high-level nuclear waste, such as spent fuel rods, is a controversial issue. In South Africa all high-level waste produced by nuclear power station Koeberg and the SAFARI-1 research reactor at Pelindaba since they began operation, remains on those sites.

Meanwhile, the NNR also signed a bilateral agreement with STUK, Finland’s radiation and nuclear safety authority, Moonsamy said. “They [Finland] want to learn from us on [regulations and safety in] uranium mining and we want to learn from them on waste management,” said Moonsamy.

He said this agreement had been planned for some time and formed part of a series of similar arrangements South Africa has with the nuclear regulatory bodies in the United States, United Kingdom, France and Canada.

Vicente is a guest of the International Atomic Energy Agency in Vienna.