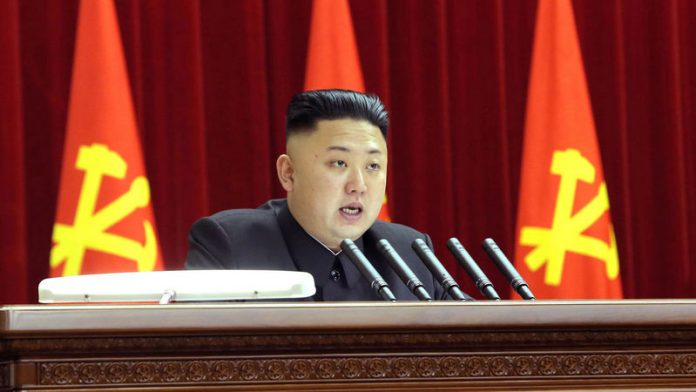 On Monday China said it opposed all forms of cyber attacks but there was no proof that North Korea was responsible for the hacking of Sony Pictures, as the United States has said.

North Korea has denied it was to blame and has vowed to hit back against any US retaliation, threatening the White House and the Pentagon. The hackers said they were incensed by a Sony comedy about a fictional assassination of North Korean leader Kim Jong Un, which the studio has pulled.

China made no reference to calls by the US for joint action with it and other countries to counter any similar cyberattacks.

“Before making any conclusions there has to be a full [accounting of] the facts and foundation,” foreign ministry spokesperson Hua Chunying said. “China will handle it in accordance with relevant international and Chinese laws according to the facts.”

She said Chinese Foreign Minister Wang Yi “reaffirmed China’s relevant position, emphasising China opposes all forms of cyberattacks and cyber terrorism” in a conversation with US Secretary of State John Kerry on Sunday.

China is North Korea’s only major ally, and would be central to any US efforts to crack down on the isolated state. But the US has also accused China of cyber spying in the past and a US official has said the attack on Sony could have used Chinese servers to mask its origin.

South Korea, which is still technically at war with North Korea, said computer systems at its nuclear plant operator had been hacked and non-critical data stolen, but there was no risk to nuclear installations or reactors.

“It’s our judgment that the control system itself is designed in such a way and there is no risk whatsoever,” Chung Yang-ho, deputy energy minister, told Reuters by telephone.

He made no mention of North Korea and could not verify messages posted by a Twitter user claiming responsibility for the attacks and demanding the shutdown of three ageing nuclear reactors by Thursday.

President Barack Obama and his advisers are weighing how to punish North Korea after the FBI concluded on Friday it was responsible for the attack on Sony.

It was the first time the United States had directly accused another country of a cyberattack of such magnitude on American soil and set up the possibility of a new confrontation between Washington and Pyongyang.

“We do not know who or where they are but we can surely say that they are supporters and sympathisers with the DPRK,” the KCNA news agency said. The Democratic People’s Republic of Korea is the North’s official name.

“Our toughest counteraction will be boldly taken against the White House, the Pentagon and the whole US mainland, the cesspool of terrorism, by far surpassing the ‘symmetric counteraction’ declared by Obama,” it said in a typically aggressive commentary.

Japan, one of Washington’s closest Asian allies, said it strongly condemned the attack on Sony, but also stopped short of blaming North Korea.

“Japan is maintaining close contact with the United States and supporting their handling of this case,” Chief Cabinet Secretary Yoshihide Suga told a news conference.

He did not answer when asked if Japan was convinced North Korea was behind the cyber attack, but repeated that he saw no effect on talks with North Korea over the fate of Japanese citizens abducted by Pyongyang agents decades ago.

An act of war?
Obama put the hack in the context of a crime.

The hack attack and subsequent threats of violence against theaters prompted Sony to withdraw the comedy, “The Interview,” which had been due for release during the holiday season.

Republican Senator John McCain disagreed with Obama, telling CNN the attack was the manifestation of a new kind of warfare.

Republican Representative Mike Rogers, chairperson of the House Intelligence Committee, would not call the hacking an act of war. But he did criticise Obama for embarking on a two-week vacation in Hawaii on Friday without responding to the attack.

“You’ve just limited your ability to do something,” Rogers said.

“I would argue you’re going to have to ramp up sanctions. It needs to be very serious. Remember – a nation-state was threatening violence.”