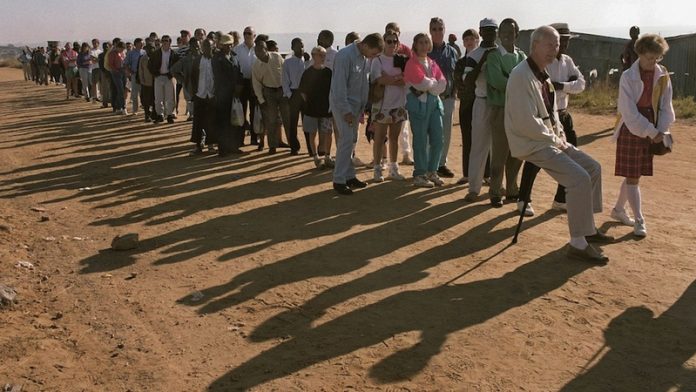 The two excellent articles on race and racism on January 9 by William Gumede (Honest politics needed to slay racism dragon) and Buhle Zuma (Why we should not give racist white people what they want) have prompted me to add a third voice to the discussion – a white female voice.

Zuma makes the point that blacks gave whites a huge gift in 1994 – the gift of forgiveness. He is correct but underestimates the extent of the gift. Blacks also gave whites the gift of freedom. I vividly recall the palpable sense of liberation of most whites (not all of course, and this is the problem with racial generalisations) during the elections as we all queued to vote. For many whites it was their first time to vote too and there was a sense of liberation, not just relief, in the air. As Nelson Mandela reminded us, the oppressor too is imprisoned. Black South Africans freed themselves and in the process freed the whites.

The gift of freedom thus added to the collective white guilt both writers address. How to deal with it? As one of the not insignificant number of white people who opposed apartheid in ways great and small, I paid the price of 25 years’ exile but was still aware of the extent to which I had benefited. I returned in 1993 with a determination to offer restitution in whatever way I could. But can any individual act lift collective guilt?

I grieved that FW de Klerk’s apology was so grudging and so inadequate. I had never voted for him but in so far as my whiteness made me an accomplice – he was the person who could have uttered the heartfelt apology I deemed necessary.

I regretted too that there was not a one-off reparation tax that would have addressed the need for restitution, however inadequately. It was talked of but never implemented. Perhaps that would have gone some way towards lifting white South Africans’ burden of collective guilt.

However when, some years ago, a group of white people, many of whom had been very active in the struggle, started the “Home for All” movement, they were shouted down by many whites who simply refused to face their guilt. But the initiative was a scorned by many black intellectuals as “just white guilt”.

Black people can’t have it both ways. Either collective white guilt is valid and reparation appropriate, or not. Would they prefer whites didn’t feel any guilt? Or is the implication that the crime is so vast that white people can never make amends?

There is truth in this and that is precisely where forgiveness comes in. Forgiveness frees the forgiver of bondage to the oppressor and also gives the oppressor the opportunity to engage in a new way with at least the possibility of a sense of absolution. Have whites taken up this opportunity? Some I meet have, but far too many have not.

This valuable gift of freedom also brought burdens of individual responsibility that many, both white and black have found difficult to carry. So the other side of white collective guilt is something I identify as black collective innocence. Gumede refers to this although he doesn’t actually give it that name. If all guilt rests with white people, then all innocence rests with black people … never mind that bantustan chiefs and functionaries benefited greatly from apartheid or that individual blacks were spies or collaborators.

Just as individual whites who fought apartheid are still blanketed within white collective guilt, so individual blacks who colluded are blanketed within collective innocence. Sadly this has, as Gumede makes clear, allowed for levels of guilt in the ranks of the liberators to be excused. The frequently reiterated “innocent until proven guilty” actually reads as “innocent even if guilty because this person was formerly oppressed”.

So what do we do with this collective guilt/innocence? Zuma suggests that we should go our own ways. “Let us focus on solving our own problems – and let the white community attend to its own.”

I say this because of my work in gender reconciliation; there are many parallels here. Men share a collective guilt for patriarchy that has damaged women so profoundly. Like the white oppressors, men too are damaged by this oppression even as they benefit from it.

Like the whites they find it hard to acknowledge the collective pain of women or the collective guilt of men. As individuals, many find ways to listen, apologise and change their ways. There is work to be done by men in their own groups to come to terms with how they need to change but, ironically, it is women’s determination to free themselves from the patriarchy that will also set men free.

Collectively for men there is no possible way to undo the centuries of damage to women. All they can hope for is that women will forgive them. This is hard for women to do while the abuses continue and yet it is only through the forgiveness of that collective guilt that women can free themselves from bitter bondage and begin to hold individual men accountable for their individual, current actions. In doing that they too have to step out of a collective innocence and begin to take full account for their own wrongdoing.

What I have witnessed in gender reconciliation workshops is the healing that comes from men and women facing each other in an engagement of truth telling, deep listening and forgiveness … of both self and other. This is what we need between blacks and whites. Let us not go our separate ways – let us engage honestly, robustly and generously with each other. This is the real transformation we need if we are all to heal.

Diane Salters is a psychotherapist and trainer who has run many workshops on race, diversity and gender with South Africans from all walks of life

How racism is an essential capitalist tool

New research shows that while South African organisations have made strides in achieving greater diversity and transformation, too many people still feel excluded in workplaces – and this has significant consequences for productivity and company performance
Read more
Education

Use African languages to promote learning

The country is being pushed to develop more SEZs. But is this a viable strategy, given unemployment and ‘deglobalisation’?
Read more
Education

Tackle racism with a rights-based approach

To address the systemic issues of racial discrimination, broad social and economic transformation is required in SA
Read more
Advertising
Continue to the category
Education