Life’s lessons are in a class of their own 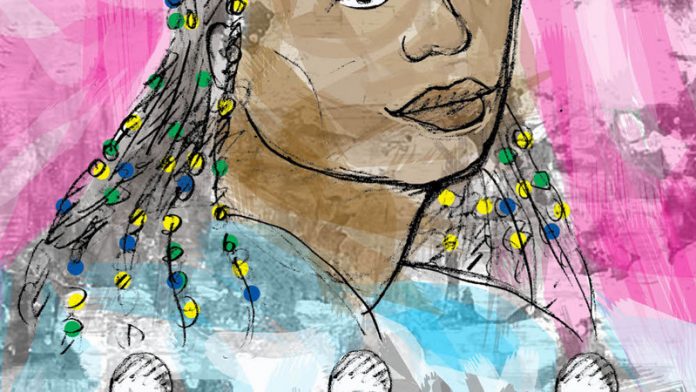 Life orientation as a subject is a waste of time and should be scrapped from the school curriculum, one lobby group says.

Our children, this group argues, need academic subjects that will bring them tangible benefits as they ready themselves to carve out career paths.

Another side of the debate, in an attempt to strike a compromise, argues for its retention, not as an academic subject that our children should be tested in but as a nonexaminable add-on.

The debate is by no means a reversion to the old chestnut about humanities versus the hard sciences. In that debate, the argument has always been that humanities graduates do not bring about any innovation or scientific breakthroughs that take society forwards, which is why they will always struggle to get jobs after graduation.

The debate this time is about the desirability of life orientation, and the arguments that it does not make sense, and that it has no place in our curriculum because it’s so elastic and so abstract that it’s even difficult to test the pupils’ proficiency in the subject.

The criticism is understandable. People of our generation are products of a pedagogy of regurgitating what a textbook says; a pedagogy of right or wrong, black or white, a philosophy of certainties; a pedagogy that doesn’t tolerate, let alone encourage, spontaneity and creativity.

But life itself is a patchwork: yes, there are clear-cut black and white areas; but the entire quilt is dominated by a lot of grey areas.

Therefore, life orientation alerts pupils to these grey areas. It seeks to equip children with the ability to navigate these grey waters, to give them an oar that will help them guide their boat through these treacherous waters called modern life, a language they can articulate in this fraught environment.

It teaches pupils to develop an argument, sustain it and persuade other parties to view an issue from their own point of view – based on logically argued points, of course.

Life orientation gets pupils to engage with the real-life issues that face them: teenage pregnancy, drug abuse, xenophobia and racism – all of these things and more – and how to detect them and deal with them in the hope of finding long-term solutions.

Another aspect relates to some issues that we, to the peril of society, think are peripheral. We live in a democracy, but many of us don’t understand the exact meaning of living in a democracy. Very few people have even bothered to read the Constitution – to understand and appreciate the extent of their rights and responsibilities.

Life orientation sensitises children to these, highlighting the fact that we cannot always blame the government when things go wrong. We have the wherewithal to challenge all spheres of government.

Without having to wait for the next election in which we can register our anger through the ballot box, we have institutions such as the public protector and the standing committee on public accounts, whose work is far-reaching in terms of giving meaning to our democracy.

Life orientation brings these institutions and the work they do within the purview of children who, as they grow up, will then understand the true meaning of democracy – and their place, rights and responsibilities in the democratic mix.

What the critics of life orientation also tend to undermine is the fact that leadership skills are not the preserve of those who study political science or business studies at university.

This country is in dire need of leaders. We need young people who can think, not simply regurgitate formulae and theories that they imbibe in the classroom.

General Ishola Williams, then working for the anti-corruption group Transparency International, once said: “A leader does not come from heaven; he comes from a group of people. If the people are good followers, they will choose the right leader.”

To be good followers, we have to understand the true meaning of leadership (and followership) from as early an age as possible. That way we will also understand, as early as possible, the underpinnings of our democracy. Discussions about the meaning of democracy should not be the refrigerated food of the intelligentsia.

All people should be able to discuss and debate democracy without fear. They shouldn’t be scared of being lost in this edifice of democracy that has been made by some to look and sound like a labyrinth that only a chosen few are allowed to understand. Life orientation gives children a foot in the door into this mansion called democracy.

There is, of course, the community service element to life orientation. For a community service assignment, my daughter, who was doing grade 10 last year, adopted a preschool in Johannesburg’s Alexandra. During her school holidays, three times a week, she would go to a pre-school. She would help to clean the children, feed them, potty train them and read to them.

Even after her school holidays were over, she would go there on Saturdays, as some of the parents worked during weekends and needed someone to look after their children.

After a three-month period, my daughter had reached some conclusions. One was simply this: it did not require one to have deep pockets to make a change, however small.

To the complete puzzlement of the women in charge of the preschool, without expecting any reward, she put in back-breaking hours.

Her conscientiousness must have also left an impression: if a child like this, the women in charge must be wondering, can work so hard, for no material benefits in return, what stops us from being more creative, from working harder, seeing that we even get paid for what we do here?

It also gave her an insight into a community with which she is not familiar: the people she interacted with spoke Setswana. She speaks isiZulu and English at home.

Dealing with strangers, who greatly appreciated her intervention, broadened her horizons and increased her self-confidence and appreciation of other people’s self-worth and values.

In the process, from the members of the community she got that elusive something that money cannot buy – trust.

Writing this, I sense it might sound abstract. This is because the intellectual development of the serious life orientation pupil is not easy to appreciate or measure – until she is called upon to come up with creative solutions to problems.

As South Africans, we always blame the festering sore of corruption that is eating away at our moral fibre on the fact that religious instruction is no longer at the forefront of our curriculum.

This conveniently discounts the fact that Christian national education imposed by the apartheid government was a brand of Calvinistic instruction that supported apartheid dogmatism.

The scriptures were used to justify apartheid and its excesses.

It is the challenge of those who teach life orientation today to infuse ethics into the general outlook of our pedagogy instead of trumpeting the hollow exhortations of sectarian religion.

I would argue for the retention of life orientation as an academic subject simply because it deserves that, and also because we tend to take seriously those subjects that our child­ren will be examined in.

Because it teaches and encourages creative thinking, life orientation can not only make a huge contribution to getting our children to take responsibility for their individual lives but also for the future of their country.

They are, after all, the future.