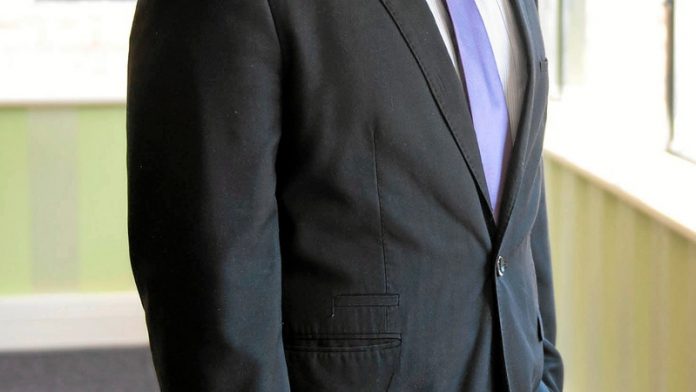 When it comes to flat or townhouse living, everyone has heard the horror stories.

There are the neighbours who party until the early hours of the morning, the dogs that defecate on your tiny patch of lawn and the guy who parks in your bay – or who parks you in when you are late for work. There are the disputes with the body corporate about having to pay for the swimming pool you never use and the arguments about whether you are responsible for repairing the damp in your wall.

Unless you have the money to fight your dispute with your neighbour or body corporate in court, these disagreements seldom get resolved, leading to fractious relationships and unhappiness.

But the department of human settlements is moving to ensure that affordable justice is available to address these disputes. A new, independent body, the Community Schemes Ombud Service (CSOS), is expected to be open for business in April.

It will resolve or adjudicate any complaint lodged with it regarding community schemes, including townhouses, flats, complexes, golfing estates, retirement homes, homeowners’ associations and other forms of communal living that have a body corporate or management agency governing the common areas of the property. Think of the ombud service as being to community living what the Commission for Conciliation, Mediation and Arbitration is to labour.

This sector of the housing market is worth more than R3-trillion, according to various specialists in this sector.

Human rights lawyer Themba Mthethwa has been appointed as the new ombud and is recruiting the initial 100 employees who will run the body. It is expected to have a final staff complement of between 200 and 250, with offices in every province.

“There is a lack of cost-effective dispute resolution [mechanisms] among the community schemes sector,” says Mthethwa. “Prior to the establishment of the CSOS, the only legal avenue that was available for consumers to address their complaints was the courts and this had high litigation costs.”

Graham Paddock, who runs a consultancy specialising in community scheme law, says only a small percentage of disputes ever make it to court because of the cost of legal fees. Most residents of community scheme properties are young, middle-class people who can afford a bond on a R500 000 townhouse but not the legal fees to settle disputes.

“These disputes normally end up in court when someone wealthy enough has an opponent who is prepared to oppose them to the bitter end,” says Paddock.

“Disputes over pets are a good example,” he says. “Some people will spend as much money as possible to save their pets.”

Paddock expects there to be some unhappiness with the new regulation of the communal living sector.

“Any form of change doesn’t come without making someone uncomfortable,” he says.

Paddock says that there could be resistance from residents, managing agents, body corporates and law firms that make a lot of money out of disputes, but believes that this form of regulation and dispute resolution is sorely needed in the sector.

Paddock, who is also an adjunct professor at the University of Cape Town, was one of the property lawyers and industry experts the government consulted to draft the Community Schemes Ombud Service Act, which was promulgated in 2011.

The team visited Queensland, Australia, where there is a high proportion of community scheme living, and adapted its model of regulation.

How will the new ombud service work?
It has been granted seed funding of about R40-million to set up offices in Gauteng, the Western Cape and KwaZulu-Natal. However, the government has stipulated that the body should be self-funded, which means community scheme residents can expect to pay an annual tax – a nominal amount, the Mail & Guardian has been told – to finance the running of the body.

A resident may lodge a dispute with the ombud service in writing or on its website.

It will then be assessed to see whether there is merit to the complaint. If so, the next step is conciliation, when an attempt will be made to resolve the matter with the affected parties.

Paddock says the Australian model shows that between 60% and 80% of disputes can be settled with the conciliation process.

If the matter cannot be resolved, the ombud will investigate it further. After that comes adjudication, when the ombud will issue an order that is legally enforceable through the courts.

“We are currently finalising the dispute resolution model, which will soon be made available to stakeholders,” says Mthethwa.

“The complexity and nature of each case will determine how long it will take to dispose of, as an investigation may be needed for more involved and complex matters.”

Mthethwa says that, given the large number of community residential schemes in the country, the ombud service anticipates receiving an influx of cases numbering in the thousands.

The body has not officially opened for business but it has already received hundreds of complaints through its website.

Mthethwa says that so far the ombud service has had positive feedback from those in the communal living industry.

The draft regulations that govern the service will be published within the next few weeks to give the industry and residents of community schemes an opportunity to comment before they are finalised.

Mthethwa says the body is planning an education and awareness campaign to coincide with the publication of the draft regulations. This will enable it to consult industry players and consumers.

“We will then be in a position to assess the response and feedback from the public, community associations, body corporates or trustees, management agents and estate agents through this process,” Mthethwa says.