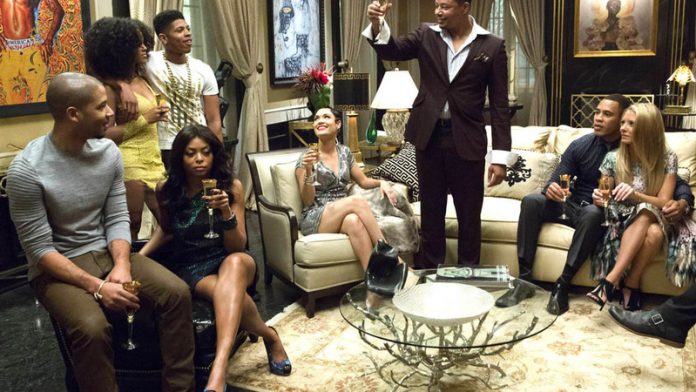 Empire, a new drama series debuting on Fox, tries to present itself as something unusual and edgy. It’s a television series about hip-hop. Beneath that brash and flashy exterior, however, Empire is really the latest incarnation of a long-standing tradition in television: the prime-time soap opera. In fact, the central conflict in Empire would probably seem quite familiar to viewers of Dynasty and Dallas: it’s all about grasping relatives fighting for control of the family business.

That business is a hip-hop record label called Empire Entertainment, from which the series draws its name. The family patriarch and company founder is Lucious Lyon (Terrence Howard), a rapper-turned-chief executive in the model of Dr Dre. On the surface, Lucious has everything he could possibly want, including a vast fortune, artistic credibility and even the respect of the Wall Street banking establishment.

But he has an awful secret: he’s been diagnosed with Lou Gehrig’s disease and given only three years to live. With so little time left to steer his company, Lucious decides that he will force his three sons to compete to become his heir. Ideally, he wants a successor with business acumen, charisma and musical talent – but none of his sons quite fits the bill.

Andre (Trai Byers), the eldest, is clever and has a natural aptitude for business. In any other industry he would be the obvious choice to lead the company, but he has no musical ability, and Lucious insists – somewhat inexplicably – that a record company can only be managed by a celebrity. Andre therefore seems fated to become the villain of the series, plotting an endless series of machinations against his musically inclined siblings.

Lucious lavishes most of his attention on his youngest son, Hakeem (Bryshere Gray), an up-and-coming rapper who is brimming with bad-boy charisma. Hakeem has all the outward trappings of a future star, but his outsized ambitions exceed his talent and his work ethic. His lyrics are filled with gangster imagery, but he’s a spoiled rich kid at heart.

And then there’s the middle son, Jamal (played by Jussie Smollett, who will surely be the breakout star of this series). Jamal is intelligent, perceptive and has more talent than anyone else in his family. He is also gay, which in Lucious’ eyes automatically disqualifies him from running a hip-hop label. Lucious explains that “there’s a lot of homophobia in the black community”, of which Lucious himself is an unfortunate example.

On a fundamental level, Empire is really about the relationship between Lucious and Jamal. The disconnect between Jamal’s fervent desire for approval and Lucious’s inability to overcome his prejudice even when faced with his own mortality is the central dynamic that ties the series together. To the show’s credit, this plotline is handled convincingly and it manages to be genuinely moving.

Of course, there are many subplots to keep track of: murders, marital discord, mental illness and the surprise arrival of Lucious’s former wife. There’s also a strong emphasis on music and the juxtaposition between the songs and the seedier aspects of the story is occasionally disconcerting – the show sometimes seems like a season of The Sopranos interpreted by the cast of Glee.

It’s intriguing to ponder the sort of series that Empire could have been if it had been produced according to a different set of priorities – to imagine something more serious, more political and less constrained by the dictates of family-friendly network TV regulations.

Luckily, the Empire we did get is also pretty great. It’s frequently silly, it sometimes feels inauthentic and many of the subplots are overly contrived. But it’s frothy and fun and surprisingly warm and poignant. Television has arguably been without a truly excellent prime-time soap opera since the demise of Gossip Girl in 2012. Empire looks set to fill that void.

Empire is shown on Wednesdays at 9pm on Fox

Laurence Caromba
Laurence Caromba works from Pretoria, South Africa. I teach International Studies at Monash SA. I tweet about culture, politics, technology, foreign affairs & anything else that interests me. Views my own. Laurence Caromba has over 165 followers on Twitter.
Facebook
Twitter
WhatsApp
Linkedin
ReddIt
Email
Print