Mines turning our farms to dust 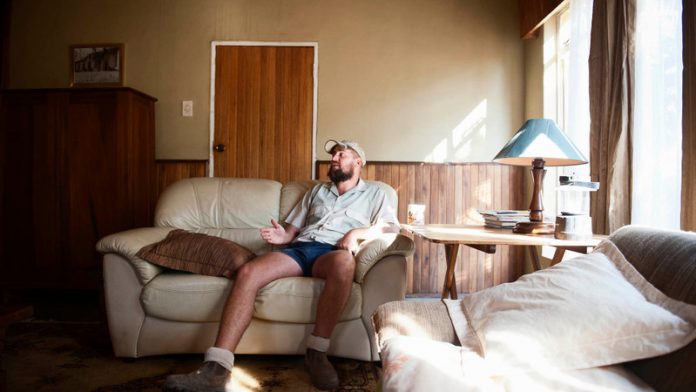 “That minerals department will just tell you that they have heard your complaint and now you can fuck off.” The remark is delivered in a deadpan voice. Petrus Visagie is angry.

A few minutes ago his face was lit up with a smile, as he opened the mesh door to his farmhouse outside Makhado in Limpopo. Pouring three cups of coffee from a battered electric kettle, his mood sours as he moves to the subject of the mine being proposed across the hill from his farm.

“I bought this farm 12 years ago because it has good water. That’s your main consideration here.” Average rainfall is 250mm a year. The son of a philosophy lecturer in Pretoria, he learned to farm from his neighbours.

The 50?hectares of potato fields, dotted with baobab trees, grow next to vines sagging under the weight of ripe red tomatoes. “Now all of this is threatened.” Scratching his bushy beard, his rapid Afrikaans becomes increasingly laced with swear words.

Australian-listed mining company Coal of Africa Limited (CoAL) wants to mine on the farm next to his, and on five other sites in the 100km2 plateau wedged between the 1 600m-high Soutpansberg Mountains and the Limpopo River.

Cumulative effect
“We all have to work together because there is so little water,” he says. The biggest source is boreholes, fed by underground aquifers. But hydrologists hired by the Makhado Action Group, formed by farmers such as Visagie to negotiate with the mines, say the 200m-deep coal mine pits will each draw water in from 35km away. “Their hydrologists tell us fuck-all will happen to our water. But even a grade one student will tell you that they are talking bullshit.”

Thanks to loopholes in mining legislation, CoAL only has to look at the effects of each mine in isolation. No single unit in government is tasked with looking at the cumulative effect of mines. Visagie’s farm is the latest frontline in the battle between mining and other sectors of the economy.

The green band from the Soutpansberg mountains to the south of Limpopo produces 80% of South Africa’s tomatoes, 70% of its mangos and 30% of its cotton. (Photos: Madelene Cronjé, M&G)

The department of mineral resources, although it has not answered questions about its handling of mining put to it by the Mail & Guardian, said Limpopo has 80 operational mines, and 93 more have applied for mining rights. Jane Kamau, CoAL’s spokesperson, has given the M&G little detail on how the consequences of mining will be mitigated but says mining and agriculture will have a “mutually beneficial coexistence”.

‘Big bad brother’
Louis Snyman, an attorney at the Centre for Applied Legal Studies in Johannesburg spent an hour on the phone explaining how the minerals department gets its way. “It’s like DMR is the big bad brother. It decides there will be a mine; the other departments shut up.”

Changes in mining legislation last year mean the department is both the player and the referee, having been given control over policing environmental issues related to mining.

“What we are seeing is the perfect story. We have political pressure for a quick fix for jobs and energy [Eskom uses coal] through mining.”

The 2008 power crisis made coal a strategic resource, he says. “People think that in Limpopo anything can go down because people will be silent. We are close to the tipping point here. Limpopo will be unrecognisable in 15 years.”

Like everyone else working in the sector, he ends the conversation with a sigh and a melancholy laugh. “But maybe it can be stopped.”

In one case, the lawyer says, they had to give the head of an adjudication committee their paperback edition of the Minerals and Petroleum Resources Development Act because he was inventing sections to back his decision to award a right. “Anything goes there. The mines know that nine times out of 10 they can apply for a licence and get it automatically. That one time is just the cost of business.”

ZZ2 is one of the biggest farmers in South Africa and employs 8 000 people.

The 93 mines applying for licences are mostly in the green band of productive land from the Soutpansberg mountain range down to the south of Limpopo. It forms a spine that the water affairs department says is a critical catchment for the whole province.

This band produces 80% of South Africa’s tomatoes, 70% of its mangos and 30% of its cotton, according to the government’s Agricultural Research Council. Phile van Zyl, one of the brothers running tomato giant ZZ2, says the problem with the proposed mining is that it is in the most agriculturally important areas of Limpopo. “What we need is for government to see that short-term mining will destroy land that gives centuries of employment, and feeds our country.”

Two officials in the Limpopo provincial environment department separately say that perceived drivers of short-term economic growth come before all other concerns. This is because jobs are an election issue.

“We’re working off a narrow view of development,” says the one. “Mining is seen as some sort of saviour; nobody is allowed to question it.”

Severe droughts in the Free State and other provinces will see maize prices increase by a third this year, according to Grain SA.

Agricultural imports
Although the agriculture department did not respond to the M&G‘s questions about mining threatening farmland, its scientific manager for natural resources, Hein Lindemann, said in a presentation last year that there was a 23% year-on-year increase in agricultural imports.

“We are more dependent on food imports with fewer financial resources to pay for them.” In Mpumalanga alone nearly a million hectares of farmland are lost to mining, he said. “How will we buy food if our agricultural land is destroyed?”

Soutpansberg farmers are less diplomatic when talking about food. “In five years we will have a crisis in this country. Farming is being destroyed and nobody seems to care,” says Johann Steyn, who farms potatoes.

Driving around his dusty farm, he speaks with a great sadness when talking about the future. His two children are studying other fields.

“How can I tell them to farm when there is no future here?”

Two hundred people work on his potato fields, but one of CoAL’s mines is being planned next to his farm. “They can try and buy my farm, but they cannot afford it. To me this is worth a hundred million because it is mine.”