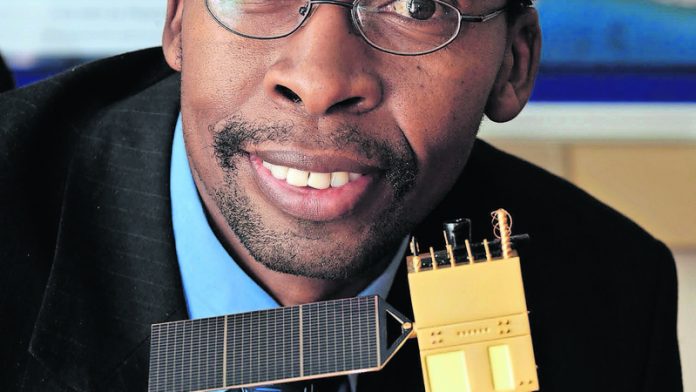 At the moment, the country is reliant on international satellites for information about its 1.2-million km² area, excluding its oceans. Reliance on foreign satellites also means that South African satellite-data users, which include about 40 national and provincial government departments, have no control over what images they are sent, what the images focus on and when they will get them.

Jane Olwoch, the head of Sansa’s earth observation directorate, says the space agency buys the Spot-6 and Spot-7 data – used by entities such as the departments of human settlements, agriculture, forestry and fisheries and Statistics South Africa – for about R35-million a year.

Spot is a satellite and stands for Système Pour l’Observation de la Terre. Each year, the South African space agency distributes a Spot mosaic, a collection of 485 images.

With about R292-million earmarked for its design, manufacture and launch, EO-Sat1 will add not only to the country’s ability to monitor its water, agriculture, natural forests and human settlements, but also the continent’s.

Unlike other African countries, South Africa has experience in building satellites. The R25-million low-earth-orbit satellite, Sumbandila, was launched in 2009, but was beleaguered with technical problems throughout the two years that it was in operation.

A solar storm in 2011 is blamed for damaging its circuitry, culminating in power and communications failure. “Sumbandila was a prototype,” says Malinga. “[It was there for us] to learn how it works.”

During its two-year lifespan, the satellite collected more than a thousand images, Sansa said at the time.

But the goal is not just to collect images of the country’s natural resources. Malinga says that “the key thing we want to achieve, aside from the applications [of the satellite’s data], is to stimulate our industry. We are working with Denel [South Africa’s state-owned aerospace and defence manufacturer] to ensure that they outsource work to our private industry. In terms of local content, we want a minimum threshold of 50%.”

The ultimate goal is to have a number of South African satellites, Malinga says.

Initially too ambitious
“Our desire [for EO-Sat1] is to meet as many of the user requirements as possible, but it is impossible to meet them all,” he says. A satellite is built – in terms of its design, size and payload – to address certain user requirements, and Sansa started engaging with stakeholders, soon after it was established in 2010, to determine what they want on a satellite. Their initial hopes for EO-Sat1 were “too ambitious; we had to narrow them”, says Malinga. “The only way we can achieve the broad suite of user requirements is [to have] a number of satellites, and that’s ultimately a government decision.”

But his rationale is, “If you have a steady national pipeline of satellites, that allows [manufacturers] to outsource [other] contracts … a national programme cannot sustain a commercial build of satellites [alone].”

Satellite production has been touted by both the departments of science and technology, and trade and industry, as a high-technology manufacturing niche that South Africa could exploit. However, the industry has not been particularly kind to our home-grown satellite companies.

The best known example is SunSpace, which was started by a group of Stellenbosch University graduates. Although the company was responsible for South Africa’s pathfinder satellite, Sumbandila, it did not have enough contracts to sustain its business.

After a number of years of uncertainty, during which promised contracts failed to materialise and the government prevaricated about buying equity in the company, it was finally absorbed into Denel Dynamics in 2013, with the department of science and technology paying R55-million for its intellectual property and tangible assets.

Small is big in the realm of satellites

Suddenly Africa is looking up