The saving grace of our stories 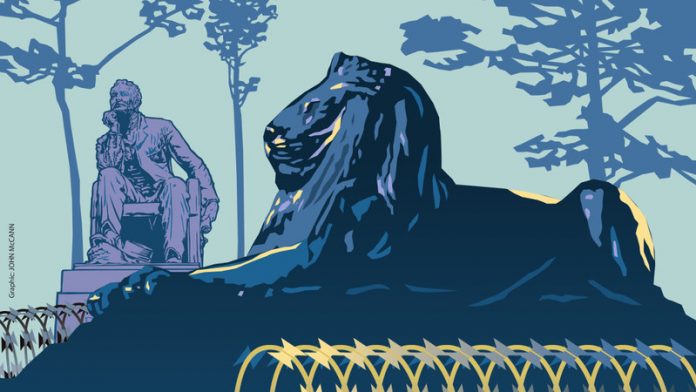 The festival, on August 1 and 2 at the Turbine Hall in Newtown, Johannesburg, is part of the Mail & Guardian‘s 30th year as a necessary provocateur.

As with past “Litfests”, this year’s event focuses on some very hot topics.

Decolonising (or its lengthier cousin, decolonialisation) has become more than just talk, as the removal of Cecil John Rhodes’s statue from the University of Cape Town’s campus showed. The Litfest opens with that very debate, in “Goodbye to all that: Decolonising culture and institutions”. The chair, Salim Vally, pointed out: “I would have preferred a question mark after ‘Goodbye to all that’.” Indeed, how far down the road is the decolonising process, and what’s the state of the road map, if it even exists?

I can think of no better thinkers, scholars, academics and authors to broach this most fascinating of issues than those in the chair and on the panel for this session: Vally, Xolela Mangcu, Achille Mbembe, Thaddeus Metz and Leigh-Ann Naidoo.

By design, the programme returns to colonisers and colonised, oppressors and liberators, in the final session, “The Monuments Men: Rewriting reputation – Rhodes, Malan, Mandela and EM Forster”.

Between those sessions are six further panels, each of 90 minutes, which look at South Africa’s economy and political economy, Jo’burg’s postapartheid potential, local fiction publishing, the South African novel at 21, and why race still counts.

What is telling to note is how authors of fiction and nonfiction are addressing economy, politics, culture and race and the narratives they produce. And it’s worth remembering the mantra that first arose in the late 1980s and grew by insistent repetition throughout the early 1990s: “Tell our stories.” A simple admonition that had proved an effective nostrum in societies such as Cuba, and held out much hope in postcolonial Mozambique, among others of our then recently liberated neighbours.

It hadn’t been easy to “tell our stories” under apartheid. Well, it had been for some, because the means of production and the producers of material for the publishing machine were often in accord. Voices outside that mainstream – frequently those of the politically disenfranchised and economically marginalised – found it difficult to get a hearing.

Publishers such as Ravan under Glenn Moss and David Philip under David and Marie Philip made huge contributions. Organisations such as the Congress of South African

Writers brought into being work that was aesthetically daring and defiant of the political and commercial consensus.

After 1994, telling our stories became far easier and those stories grew in number, if not always in reach. South Africans are not great book buyers and our public libraries do not always serve their users well.

Still, we have a reservoir of tales where once there was only a trickle: a novel here, a memoir there, a poetry collection elsewhere. Life writing – autobiography, memoir, biography and, I would say, novelised biography and novelised autobiography – probably constitutes the biggest “genre” of postapartheid writing. Fiction has broadened and deepened considerably since liberation, too: now we even have the luxury of a burgeoning crime-novel genre – krimi, as some of its protagonists and adherents like to label it.

The Novel, as opposed to the novel, still works many of its familiar tropes, sometimes renewing them. That old mainstay, the farm novel (plaasroman), is in rude health – as you may see on the programme of our partner event, the SA Book Fair.

As robust, we have the subtle, wry, occasionally laugh-out-loud funny passages in Imraan Coovadia’s memorable novels, Niq Mhlongo’s slice-of-life tales and the wonderfully here-but-elsewhere-too fictions of Henrietta Rose-Innes. In a confirming sign that truth outruns fiction and is proverbially stranger, however, not even Rose-Innes can have imagined the Rhodes site would be absented of its eponymous stone patriarch quite as soon as it has.

In her latest novel, Green Lion, Rose-Innes creates a Cape Town in which Table Mountain is ring-fenced to keep out muggers, protect elite visitors who have paid for a permit to walk its uppermost reaches, and keep in indigenous, reimported animal species. The fence is there also to fence out the inhabitants of the large informal settlement that stretches from all around Lion’s Head up to the base of the mountain. This is not a fence, it is a wall, the Mother City’s equivalent of Berlin’s Cold War barricade. (In some ways, this does bring to mind JG Ballard’s novel Super-Cannes.)

All the while, the protagonist Con grows ever closer to Sekhmet, the world’s last black-maned lioness. Rose-Innes evokes the bronze lions of the Rhodes Memorial at several points: precisely, playfully and pointedly.

How she must have wondered and chuckled when #RhodesMust Fall came to pass, for here she is, on page 21, reflecting on the bust of the human interloper among the lions: “Now you could sit and drink under the eyes of eight scaled-down copies of the Trafalgar lions, the naked horseman, and Rhodes’s own lugubrious bust in his niche above them all. The old brigand looked dejected, cheek propped on a hand. Above, the mountain rose, dark green from the recent rains, the silver fence necklacing its base.”

By way of evoking Scott Fitzgerald, Milan Kundera, Jaroslav Hacek and Josef Skvorecky, here is Rose-Innes telling our stories, all in a mere 57 words.

Stories were to be our saving grace. So many of them, piled up, untold. Have they helped or saved us, these past 21 years since apartheid fell and democracy rose? Come to the Litfest and the SA Book Fair for the suggestion of an answer. My Litfest codirector Corina van der Spoel and I look forward to meeting you there.

Darryl Accone is the books editor of the Mail & Guardian and the director of the M&G Literary Festival.

Literature slings barbs and arrows at the M&G LitFest