Dead or alive? The story of the Taliban’s missing leader Mohammed Omar 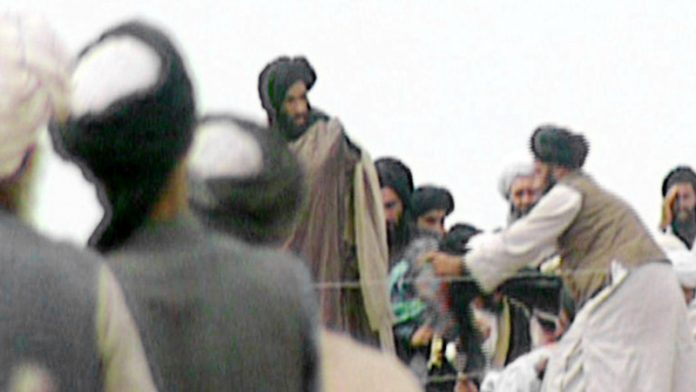 In the autumn of 2001, as a US-led invasion loomed, Taliban leader Mohammed Omar addressed his followers. He told them they faced a powerful enemy, and that death and defeat were probable in the struggle lying ahead.

The Taliban has long maintained – in the face of increasing scepticism – that its leader is still alive. However, if claims reported on Wednesday are true, one of the major figures in the turmoil that has been wracking western parts of south Asia for decades will have disappeared.

Omar was born the son of a minor cleric – a mullah – in about 1960. He had a rudimentary religious education and became a cleric too, living in the village of Sangesar, south-west of the southern city of Kandahar.

During the 1970s a series of increasingly radical Marxist governments in Kabul introduced reforms that brought unrest to the region. When the Soviets sent troops in 1979, the farmland around Kandahar was a key conflict zone, and Omar fought the invaders and their local auxiliaries with a faction called Harkut-e-Islami. He was wounded repeatedly, losing an eye.

Anarchy followed the withdrawal of Soviet forces in 1989 as Afghan factions fought each other. Out of the chaos, the Taliban emerged, first as a vigilante group led by Omar in Kandahar targeting rapacious local warlords, then as a national movement. The name meant student of religion, and many fighters were youngsters from faith schools. A high proportion were refugees living in Pakistan. Almost all were from the Pashtun ethnic community, as was their leader.

With significant help from Pakistan, the Taliban seized Kabul in 1996 and extended its nominal control to 80% of Afghanistan. Omar declared himself emir-ul-momineen (commander of the faithful) but remained in Kandahar, meeting only a small group of advisors.

Osama bin Laden, the Saudi-born leader of al-Qaida, had only arrived in Afghanistan shortly before the fall of Kabul, invited by warlords. Bin Laden’s internationalism contrasted with Omar’s deeply parochial and xenophobic worldview, and relations with the Taliban were thus initially frosty. However, these improved, greased by cash, charm and the US air strikes on Afghanistan in 1998 that followed al-Qaeda’s bombing of embassies in east Africa. There was never a chance Omar would hand Bin Laden over, as demanded, in the aftermath of the 9/11 attacks.

When Kandahar fell to US-led forces, Omar reportedly escaped the dragnet on a motorbike. His whereabouts since have been unclear. The Taliban’s leadership largely withdrew to Pakistan – from where they mounted offensives which continue to this day. He has made no public appearances.

Omar’s exact location is unknown, though rumours repeatedly place him in Pakistan. His last public intervention was nine years ago – a leaked audio speech – though he is supposed to have been behind a series of rulebooks aimed at instilling a modicum of discipline to an increasingly fragmented force. Always more a spiritual than an operational leader, Omar’s apparent absence has often prompted complaints from Taliban ground commanders. Rumours of his death have circulated for years.

His authority has also been increasingly questioned by a younger generation of leaders within the Taliban, which appears split between more pragmatic elements and “die-hards” who reject the stuttering peace negotiations.

Omar retained the nominal allegiance of al-Qaeda’s leaders, however. In 2014, Ayman al-Zawahiri, who had succeeded Bin Laden at the terrorist group’s head three years before, renewed his own pledge of loyalty to Omar. If the leader of the Taliban was indeed dead by then, it would indicate that Zawahiri was either consciously hiding the truth, which seems unlikely, was genuinely ignorant, which indicates distance between the two organisations, or that Omar was alive when the statement was released.

Omar’s death, if true, would likely weaken the Taliban in the face of a concerted effort by the Islamic State to gain ground in Afghanistan. It would dramatically change the dynamic of peace negotiations too. If he is still alive, the credibility of president Ashraf Ghani’s struggling administration will be significantly damaged.

In his address to his followers in 2001, Omar spoke of how faith and “Afghan bravery” would bring victory against the odds. His followers are still waiting. – © Guardian News and Media 2015