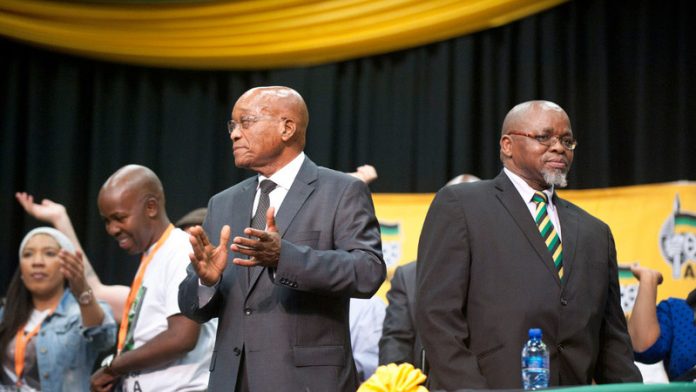 The long-standing tensions between the ANC and the government have resurfaced, showing once more the difficulties that arise when party presidents enter the middle of their second term of office.

The current strained relations bear some resemblance to the key reasons used to oust former president Thabo Mbeki from the Union Buildings seven months before the end of his term. Mbeki was accused of disregarding ANC decisions and micromanaging the party by using the state.

Sources this week said subcommittees of the ANC national executive committee (NEC) are unhappy, saying they are being undermined by Cabinet ministers.

The Mail & Guardian has learned that ANC secretary general Gwede Mantashe has called for a review of all subcommittees and that the party is far from agreement on the matter.

‘Answer to the president’
On one side is Zuma, who heads the government, while on the other is Mantashe, who heads the party’s Luthuli House headquarters.

The outcry over the ANC’s representatives in government failing to take their cue from the party has been growing louder. One of the complaints is that some ministers do not attend subcommittee meetings and choose to “only answer to the president”, said an ANC NEC member.

ANC NEC subcommittees take the lead in stimulating debates and drafting policies that, if adopted, are expected to be worked into government policies. Those deployed to government office are mandated to formulate these ANC policies in a manner that agrees with the country’s Constitution, and to ensure they are implemented.

The government is also accused of taking some crucial decisions without consulting the ANC, party sources said. They cite the contentious new visa regulations as an example of legislation that was not discussed and approved by the ANC.

Tourism Minister Derek Hanekom, who serves on the ANC NEC, was not briefed about the legislation until after it was passed into law. The new visa rules have caused a public spat between Hanekom and his home affairs counterpart, Malusi Gigaba, because of the negative effect they have already had on tourism.

Controversial e-tolls
The controversial e-tolls also did not receive the ANC’s blessing before they were rolled out, giving the party no chance to analyse the system’s influence on voters. The NEC raised concern about this matter in 2012, at the height of Cosatu’s protests against the tolls.

The state’s battle to create more jobs is another bone of contention. In a report to the NEC lekgotla two weeks ago, Finance Minister Nhlanhla Nene said the government has neither the capacity nor the resources to create new jobs for the next two years. But the party has instructed ministers in the economic cluster to make a plan to create employment to fulfil its promise to the electorate.

The ANC has also expressed its impatience with the delay in switching over from analogue to digital broadcasting. South Africa has missed several digital migration deadlines over the years.

Another ANC NEC member, who is a Zuma supporter, told the M&G this week that those close to the president have already warned him during caucus meetings that because this is his final term as the country’s president, “there are going to be many challenges and some will start disregarding you”.

As part of strengthening the ANC NEC subcommittees, some chairpersons are likely to be replaced, among them communications subcommittee head Lindiwe Zulu and international relations chair Obed Bapela.

‘Internal processes’
Zulu refused to answer the M&G‘s questions. “There are internal processes. I don’t want to engage on [the matter] until things are finalised. It does not make sense to talk about something that is not finalised,” she said.

M&G sources claim that some in the party are dissatisfied with Zulu because she is too outspoken and often speaks her mind in public, something the ANC frowns on.

A senior Luthuli House official said, however, that discussions are underway to move Zulu to the party’s economic transformation subcommittee because she is the minister of small business development.

“The thinking was that this person should be a practitioner in international relations [and] advise the minister on other things.”

For example, the international relations department was reportedly embarrassed by Bapela’s reaction to the court ruling that Sudanese President Omar al-Bashir be arrested while he was attending the African Union summit in June in Johannesburg.

Bapela was one of ANC leaders who immediately called on Pretoria to consider cutting ties with the International Criminal Court, which had issued a warrant of arrest for al-Bashir on charges of war crimes and crimes against humanity.

International Relations Minister Maite Nkoana-Mashabane stayed silent on the matter, leaving the Cabinet to issue an official statement after the fact. Bapela could not be reached for comment at the time of going to print.

He blamed some ANC leaders for “personalising the discussions” and said “subcommittee chairs have been consulted by the secretary general [Mantashe]. I know there will be people who will be unhappy, but the intention for the review is to make the subcommittees more effective,” he said.

The same NEC member said the scope of some subcommittees was too wide, resulting in certain issues not being dealt with effectively.

“The principle is to correct that. It makes sense that we are reviewing the subcommittees because we are going to the national general council [in October],” said the NEC member.

“There is nothing sinister about evaluating structures and committees. The [secretary general] has got to report to the [national general council].”

Sceptical
There are, however, some in the NEC who are sceptical about Mantashe’s reasons. “We sent that proposal back to the [national working committee] because we know this is not about the committee wanting this; it’s about Gwede,” the first NEC member said.

A Luthuli House official who sympathises with Mantashe blames certain leaders for “sensationalising” the matter. “Remember, Pallo [Jordan, a former NEC member] was changed halfway. It happens from time to time. If you are minister of telecommunications but sit in a social cluster, you lose out on discussing telecommunications issues,” the official said.

“Obed Bapela should be sitting where local government is.”

Mantashe said there is nothing surprising about moving people around in NEC subcommittees, as this was not a new practice.

“You appoint Lindiwe Zulu to the communications subcommittee and when she is appointed the minister of small business development, she can’t still remain there,” he told the M&G.

No different
Mantashe cited the case of Bheki Cele, former police commissioner and the current deputy minister of forestry, fisheries and agriculture, who will be moved from the peace and stability subcommittee because of his new job.

It would be no different for Bapela to be moved out of the ANC subcommittee on international relations to the one on legislature and government, he said.

Because of the poor relationship that the Mbeki leadership had with Luthuli House, the Polokwane conference decided to abolish the office of the head of the presidency in the ANC – which was held by Smuts Ngonyama under Mbeki – and resolved to make the secretary general’s office the party’s nerve centre.

This was in addition to doing away with the two centres of power, where the party president is not necessarily the state president. The expectation was that having the party’s president as head of state would strengthen the ANC’s hand in guiding government programmes.

The 2007 congress also resolved that “the ANC remains the key strategic centre of power, which must exercise leadership over the state and society in pursuit of the objectives of the [national democratic revolution]”.

Little improvement
But all these efforts appear to have done little to improve relations between the state and the ANC, with the second term of office remaining a difficult time for party leaders.

Mantashe denied that there is a rift between government and the ANC over the implementation of policies, but conceded that more needs to be done to improve the working relationship.

“If things were going as smoothly as we liked, there would be no need for a lekgotla twice a year,” he said.