The lesson of 2010 has not been learnt 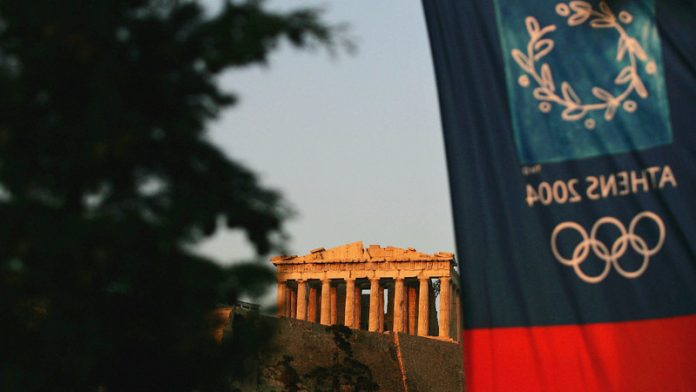 As a sports fan, I was disappointed to find myself thinking more about economics than track-and-field events after hearing that Durban had been named as the host of the 2022 Commonwealth Games.

This turn to money and its management is to be expected. After all, an all-too-familiar logic these days links the staged sporting spectacle to the creation of jobs through tourism.

In a statement made after the announcement, Sports Minister Fikile Mbalula directed his attention to money and the legacy issue. Unsurprisingly, there was nothing really new: essentially, he gave the same assurances that were issued after the country was awarded the Fifa 2010 World Cup.

But just to put the figures on the present table, much less will be spent than the mind-boggling $3-billion that was spent in 2010. The eThekwini Games (as I predict they’ll become known, and as Durban is known in isiZulu) will reportedly cost about $480-million (R6.5-billion).

But, my own reach for the economic, not the sporting, end of all this was not driven by South Africa’s soaring unemployment figures. Nor did I think of another economic point made by the minister – namely, that Durban was well served by stadiums and sporting facilities.

I was also not alive to the fact that most of these mega-sporting events have overrun their budgets and left both city and national treasuries indebted for decades. This was the worry of the Canadian city, Edmonton, Durban’s only real rival, which withdrew its bid in February this year. There is a nagging notion that the 2004 Athens Olympic Games may have triggered Greece’s ongoing financial crisis.

It also didn’t immediately occur to me that the Commonwealth Games was small financial potatoes when set against, say, the English Premier League or the American National Football League. Both have enormous TV and branding rights.

These sporting behemoths are not only strangling the 19th-century idea of sport, with its notions of fair play, they have also corroded the 20th-century ideal that sport is a proxy for war.

No, my immediate focus on hearing the news was on the economic concept of opportunity cost.

Known initially as “alternative cost”, this approach to investment decisions was introduced by the Austrian economist and one-time finance minister Friedrich von Wieser.

Closely associated with that often painful truism that “time is money”, opportunity cost is the value of the best alternative option or, put differently, the cost of sacrificing alternatives by making a particular economic choice.

By investing in the 2022 Commonwealth Games, the possibility of investing elsewhere in society has been sacrificed.

This wider dimension is important because, although the idea of opportunity cost is mostly associated with money, it can be measured across society as a whole.

As South Africa learnt from the World Cup, staging sporting events requires not only financial investment but also, to succeed, public mobilisation. And, surely, as we build towards 2022, South Africans will be called on to support eThekwini’s games.

This mobilisation, too, can be measured in opportunity cost terms. Instead of mobilising for the games, we could direct public energy into concern for climate change, for example.

My economic worry is this: by electing to stage the 2022 games, what has been sacrificed? More prosaically, what else could we have bought with the money and energy we will spend on the games?

Or, to put a parallel point in the language of the minister for sport, what might be the alternative legacy left both by this investment and the wide-scale public mobilisation? Put in the terms that immediately crossed my mind on hearing the news, what was the opportunity cost of these games?

International ranking after ranking, comparative study after study, have put South Africa near the bottom of the class when it comes to schooling. Almost 40 years after Soweto’s brave Class of ’76 sacrificed their lives protesting against the poor quality of apartheid education, very little has changed fundamentally. The truth is that we have a national education system that reproduces apartheid and, to speak a wholly unpleasant truth to those in power: successive post-apartheid governments have failed South Africa’s children as much as apartheid ideologues did.

I believe that it would have been preferable to spend the money and the seven-year social capital we will expend on the 2022 games on a root-and-branch overhaul of South Africa’s schooling system.

This could not be another half-hearted fiddling at the edges of the system, or the importation of hare-brained ideas – such as outcomes-based education – from elsewhere. To succeed, it would have to be to be purposefully driven by a national consensus that no single child should be excluded.

The urgency of schooling might well have been declared in the very same words that eThekwini’s mayor James Nxumalo used on his return from New Zealand, where the announcement of the Commonwealth Games host was made: the work begins now; the preparations must start now. We must not wait. We must not lose a single day, a single hour, or even a single minute.

In the many emergencies that will follow in the build-up to eThekwini 2022, local rules and routines – and even politics – will have to be suspended, as South Africa discovered in the months leading up to the World Cup.

In the field of education, a declared state of emergency (or urgency) would help to remove obstacles that stand in the way of the desired goal, which might well include taming the South African Democratic Teachers’ Union, the leviathan that continues to retard better schooling.

A country mobilised around the national goal of schooling for all – now that would be a competition well worth winning. Indeed, it might even be one on which economists could agree.

There is no undoing the decision on the 2022 eThekwini Games, and, yes, with bated breath I’ll be watching the track and field to see how many medals South Africa wins. But in the back of my mind, this question will linger: Could the money have been better spent? – theconversation.com

Peter Vale is a professor in humanities at the University of Johannesburg.