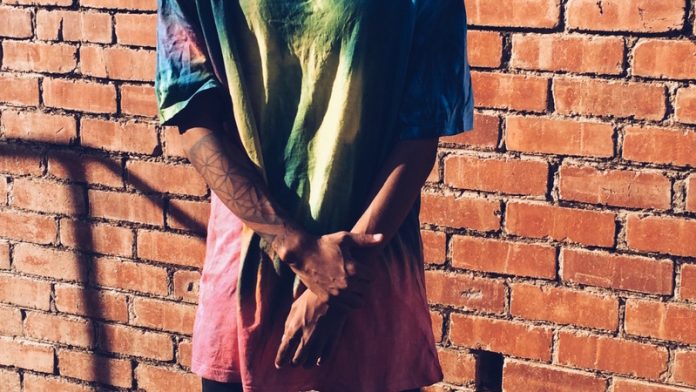 If you’re on YouTube and type in Stormzy & Muzi, a video featuring the two artists, subtitled “From South London to South Africa”, will pop up. The result of a meeting at the 2015 Nandos Music Exchange in the United Kingdom, it features Stormzy and Muzi hanging out in KwaZulu-Natal, the province of Muzi’s birth. The two talk about music, ride around in Durban taxis and listen to gqom and freestyle on a street corner in eMpangeni.

The Noisey video, an ephemeral glimpse into the context out of which Muzi emerges (a sleepy Zululand town that is a stone’s throw away from the heady gqom capital of Durban), probably won’t tell you anything you don’t already know: that Muzi is a somewhat camera-shy, vastly talented musical polyglot and Stormzy (winner of the best male act and best grime act at 2015’s MOBO awards) is a tyrant of an emcee.

Already working on his third EP (which will come out on his own imprint We The Bundu), Muzi is far from an overnight sensation.

Having built tracks for the likes of Ifani, Kabelo, Reason, Riky Rick, Locnville and remixes for artists such as Okmalumkoolkat and Cassper Nyovest, Umuzi (based in Jo’burg between 2013 and 2015) was a mainstay on the South African festival circuit. Meanwhile, his own work, which he has aptly labelled “mutant trap, hyper bass and African soca”, got approving nods from electro household names such as Prodigy, Diplo and Skrillex.

He speaks to the Mail & Guardian about his move to Berlin and (somewhat clandestinely) some of the new projects he is working on.

How did you end up in Berlin?
When I was in Jo’burg making beats I was working on getting an international deal. I made a track called Nizogcwala and my manager [John McLennan] sent it to one of his colleagues in the UK who felt it was really good. That was in December 2014. By February 2015 I got a publishing deal with BMG Chrysalis in London.

So I thought of using the chance to reinvest in myself. After some research I found that the best place to be for electronic music is Berlin. So the whole year last year I was just working on making the move.

Because I wanted a residential visa, it took us like five or six months to get it done.

Before the fruitful Johannesburg years, what were you up to?
I went to Durban to study medicine untiI I just reached a point where I realised I wasn’t happy. My mom didn’t take that well. I was about to go for my fourth year when I left it. I was just like, let me try follow my dreams, which was hard but I did it.

What were you listening to when you started?
I was listening to a lot of Timbaland, Missy Elliott, Coldplay, Linkin Park, and those Bump Now CDs.

Those were like pop compilations?
They were pop, electronic compilations. That’s what made me get into electronic music because I had all those CDs and I was like, ‘This is really cool.’

I was listening to basically everything. On Sundays, my parents would play gospel music, during the week my brothers would play hip-hop and my other brother loved R&B. So it was all these influences that I was acquiring on a day-to-day basis. I also loved the music they played on Eastern Mosaic. My mom loved watching that.

So when you went to Durban, did you get into the scene there?
While studying my friend Charles and I started a group called Witness The Funk. We did that for a while and I left to do my own thing. When it started, it was heavily influenced by alternative hip-hop and electronic stuff. So it was rapping but with a Kid Cudi feel to it and electronic beats. Now they do trap and so on.

Why Berlin? Did you feel there was a low ceiling for what you do in South Africa?
I always wanted to do things on a world stage. The South African scene is very commercial right now and my stuff is pretty different.

But a song like Nizogcwala (an EDM sounding single) is very accessible.
I thought so too until you go to radio stations and they are like: “It’s hard-hitting …” I thought it was going to work out, because it’s electronic music and some of the lyrics are in Zulu.

There were people who liked it but in the commercial space, people weren’t getting it. So it was weird getting calls from the UK. On SoundCloud, my number one and two plays are the UK and then the US.

Where did your contact with someone like Diplo lead to?
Their label was showing interest but people want to see you do something before they hit you up. Diplo, Skrillex, Prodigy, Utah Saints – all legends in the electronic scene – were into my music, but I wanted to work and not wait. My first EP came out in 2013. That was when the Prodigy and Utah Saints were showing interest. My manager is from the UK so he knows these people from having worked with them before. We were building from that. Interest from Diplo and Skrillex happened around 2014, before we even called the BMG guys. It was starting to happen, like Umuzi is on the radar.

Are you working with any of them?
Well, I just did my first official remixes for Example and Jacob Plant not so long ago. Only now some of these things are starting to show.

Have you been DJing since being based in Berlin?
I have played in Bestival, an electronic festival in the UK. It’s huge. I’ve done four shows in London and I’ve done two or three shows in Berlin because I was still moving to a new place.

Where do you fit in in the UK scene?
Because of grime and dubstep they get the hardness of my sound. But when I play my DJ sets, it’s never one specific genre.

Your exchange with Stormzy last year looked at similarities between the London culture and what was happening in Durban. Do you think there is a similarity between the two sounds besides the diaspora aspect and people making electronic music?
Well, all of us are influenced by America in different ways. They [in London] took that and made something of their own. That’s the comparison you can make when you look at something like gqom. The energy of it is the same; people from disadvantaged backgrounds just doing something that reflects them.

Has being in Berlin helped your career progress?
It’s a new place and it’s a culture shock. There is an energy of freshness and the feeling of being uncomfortable. Through that you get a chance to grow. I’ve been doing my songwriting thing more, meeting big names in Germany doing production for them.

Who are some of the people you’ve been working with since you got there?
Don’t know if I can mention it because it’s other projects where I might not be doing Muzi stuff. All I can say is M.I.A. was pleased. She loved my beats.

Does she love them enough to release an album with you?
Time will tell. It’s like the Bruce Wayne, Batman thing. I’m doing stuff that’s not the traditional Muzi sound. I’m working as a producer for other stuff because of how wide my palette is. I’m not doing only electronic beats or hip-hop beats. I can do deep house beats.

Are you using aliases? What are some of them?
[Laughs] I can’t tell you.

How many projects do you have on the go?
Three, at the moment. Mostly collaborations, album placements and songwriting. I guess people will just have to read the credits and they might find my name there.

Look out for Muzi’s untitled EP on We The Bundu later this year.