China, India and Japan court Africa at the mining table 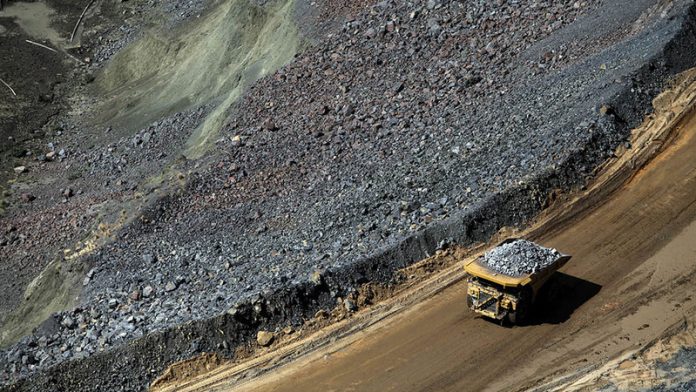 This year’s Mining Indaba has been cast as taking place under a pall, but not too much has changed, at least not from the perspective of China, cited for much of the turmoil in the global mining industry.

Chinese government officials here in this South African port city gave away little about the Asian giant’s thoughts about its central role in the turbulence, instead focusing on what they said would be better times ahead in what is a highly-cyclical industry.

Zhao Caisheng, a division director at China’s national land and resources ministry, forecast a strong outlook for mining, on the back of developed economies re-industrialising and increasing spending on capital projects, and emerging economies accelerating the industrialisation push.

“China is entering a ‘New Normal’ of high-end medium-speed growth,” Zhao said, referring to the country’s rebalancing towards a more consumption and services-heavy economy. China’s growth has been steady at 7%, he added, and the Asian country contributes as much as 30% to current global growth rates.

It is a business-as-usual approach by Beijing that was visible at its summit with African leaders in Johannesburg in December, and that seeks to reassure the continent’s mineral exporters that the turbulence has just been a bump in the road of their long-haul bilateral billion-dollar partnership.

Since 2011, at the start of Beijing’s now-expiring five-year growth plan, some 350-billion renminbi ($53-billion) has been invested in mining, and total trade volume around the industry has reached more than one trillion renminbi ($152-billion), said the official who is with the department of science, technology and international cooperation.

Super-cycle
China’s super-cycle saw over $100-billion flow into African mining by the end of 2014, a momentum that contributed to the more than $200-billion in two-way trade achieved last year.

China will also push for more integration of mining into global markets, in a reference to the enclave nature of the industry where the flow has been one of raw materials leaving the continent, leaving Africa vulnerable to small shifts in the global commodity markets.

One way of this is through its intriguing One Belt-One Road initiative, crafted in 2013 and which refers to the land-based Silk Road Economic Belt and the 21st century maritime Silk Road that Beijing sees as its vehicle to global dominance.

It focuses on the continent as interlocking rather neatly into it, driven by billions of dollars worth of investment in much-needed infrastructure, a key bottleneck for mining.

“China will invest more [in Africa] to support the transformation and upgrade of the mining industry and the industrialisation process,” Zhao said.

No country has benefited more from integrated markets recently than China. But China’s easing up on the uptake of resources has definitely cast a chill on the global economy, as global industry giants from Glencore to BHP Billiton have seen their value chopped by half.

It certainly does not feel like standing room only at the Indaba, the continent’s premier mining event, with attendance forecast to be at least a sixth down on 2015. But there’s no lack of enthusiasm yet.

Beating the malaise
India is the only emerging economy forecast to beat the malaise afflicting the largest emerging economies – known as the Brics – and to whose fate the wider African economy is closely linked with.

Now the world’s fourth-largest mining exporter, minerals account for 2.5% of India’s GDP, according to Balwinder Kumar, secretary at the ministry of mines, with this rising to 5% by 2020.

This fast-paced economic growth will need more minerals, which would give hope to African exporters looking for new markets and who have largely overlooked India despite much-referenced historical links.

But in the only country expected to record growth in the steel industry in the next five years, and which is expected to become the second-largest producer of the metal, India’s growth feels more inward looking, with a lag before it can mirror China’s appetite for external minerals.

Consider this: India’s single-largest import bill is crude, but only a sixth of its needs come from sub-Saharan Africa, chiefly Nigeria and Angola, with nearly two-thirds coming from Asia in 2013, according to the Observatory of Economic Complexity.

“Indian companies are willing to invest in Africa for mining and exploration,” said Kumar, but in its marketing pitch, it is apparent that the country has laid on significant incentives to attract investors into its own market first.

Meanwhile, Japan has been there, done that. The country has for decades been a manufacturing-based economy, importing nearly 100% of both its base and minor metals. A developed economy, it is more interested in the stability and sustainability of Africa’s economy: volatility would harm many of its assembly lines, informing the burgeoning size of its aid package to Africa: $32-billion in public and private money at the last Tokyo International Conference on African Development, a purse expected to grow when the next edition takes place in Kenya in August.

Never give up
A lot of this is by example. “Japanese companies take time to decide where to invest, but they never give up in the middle,” said Tsuneo Kitamura, parliamentary vice minister at Japan’s economy and trade ministry. It leaves Africa in a tight spot, dependent on recovery by other economies.

But as the market seizes up the volatility, especially for the bigger mines who like short-term scenarios, there are those who see opportunities.

There has never been a better time to develop a mining project, but there has never been a worse time to finance one, Stephen Stone, the managing director of gold company Azuma, which is active in West Africa, told mining magazine Australia’s Paydirt ahead of the Indaba.

Project financing for smaller projects is running into wary market sentiment, leading to the exploration of innovative funding, including crowdsourcing. But the focus could shift to private equity.

A new report by international law firm Berwin Leighton Paisne shows $3.15-billion of private equity investment was injected into mining projects during 2015, a 57% increase on the year before.

The firm says while the number of African deals has nearly doubled in 2015, the continent only saw a 22% increase in the amount invested, $367-million. The attention is now shifting to new ways of financing, which may see a short term boom in smaller deals as the billion-dollar ones simmer, waiting for an uptick in the global market.

In the interim Africa can only sit tight, as it fashions a regional response to insulate itself in the future.

This article was originally published on MG Africa.