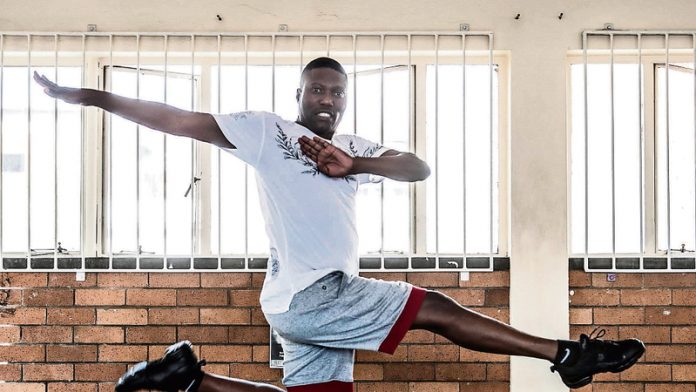 During the rehearsal of Ketima, a dancer asked choreographer Gregory Maqoma what she should do with her arms while she was tapping her feet to the beating drum.

“Relax your arms and let them hang, because the focus should be on the movement in your feet,” he said. His response is an echo of the 17th-century English poet, John Dryden, who said dancing is the poetry of the foot.

Ketima, which means “run” in Sepedi, is a contemporary dance created by Maqoma that symbolises progress, a journey if you like. It will be performed at this year’s Dance Umbrella, a dance festival held annually in Johannesburg.

The dance presents a collision of two concepts: reconnecting with yourself and panic that accompanies change. Once South Africa became a democratic state, the Soweto-born choreographer felt there was a cloud of panic, with many citizens wondering about the future of the country under new governance.

“During that time, we were all running in so many directions but nobody had a collective vision [of where] we could all run to. There were people running to what they thought were safe places, such as Australia, and I wanted to halt the running with this piece,” Maqoma said during a dance writer’s workshop at the Dance Space in Johannesburg.

Ketima reflects the idea of people running in opposite directions. The dancers’ movements are not synchronised; the dancers move at their own pace, to their own beat, to symbolise freedom and a breakaway from uniformity.

Ketima first premiered as a solo work in 2003 and the dancer was Maqoma.

Since then, the dance has been reworked twice. The second version consisted of an all-male quartet. The latest interpretation involves two quartets performing on separate nights at the Dance Umbrella: men on the first night and women on the second. The dancers are members of Maqoma’s dance company, the Vuyani Dance Theatre, which he founded in 1999.

He didn’t have a particular gender in mind when he created Ketima and, whether it is the all-men or all-women quartets dancing, the work is still androgynous, and this is what he wants.

His creative process, too, is unconventional. Whenever he creates a dance, he never plans his steps and instead allows his body to be lost in the moment – an approach he encourages the dancers to adopt.

Ketima doesn’t only offer social commentary, it also addresses the theme of rediscovering yourself and wading through memories of childhood and adolescence.

Maqoma encourages dancers to develop routines from what their memory is able to replay, “because memory is a powerful tool”. For Ketima, Maqoma told the dancers to “bring out the child inside their body” as a way to reconnect with their childhoods.

His grandmother’s deteriorating mental health inspired this theme. Maqoma believes it is “sad” for us when our loved ones are diagnosed with mental disorders such as dementia and we see their deterioration, but for them it’s like entering another zone, where there is complete freedom from responsibility.

He too went through a time in his career when he wanted to escape from adulthood.

“I also longed to tap back into my childhood because I had a lot of responsibilities on my shoulders at that time [during the inception of Ketima], responsibilities such as starting my own dance company and looking for funding.”

Ketima includes some dancers who have no formal training in contemporary dance, a conscious choice Maqoma made as part of Vuyani Dance’s vision. He is convinced the members of his dance company will inherit the technique through their preparation for this production.

The boldness, which is reflected in his attitude to dance and choreography, is perhaps what makes Maqoma stand head and shoulders above all the rest.

Dance Umbrella 2016 opens on February 25 at the University of Johannesburg’s Arts Centre Theatre and runs until March 6. Ketima will be on at the Market Theatre on March 2 and 3 at 8.15pm