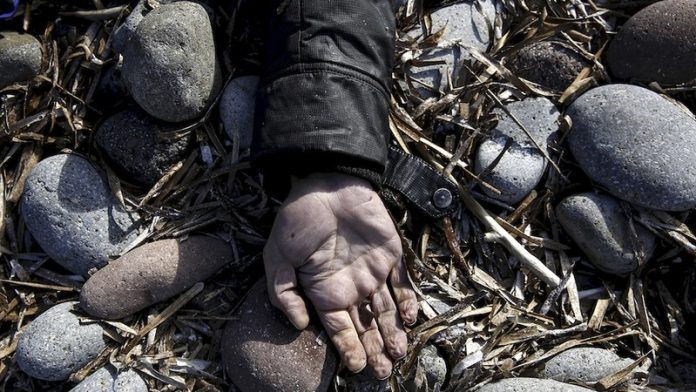 Hundreds of people are believed to have drowned in the southern Mediterranean last week, in what could be the deadliest refugee shipwreck in months.

A repurposed fishing boat overloaded by smugglers with up to 500 Africans hoping to reach Italy from eastern Libya sank as passengers from smaller boats were trying to board it, survivors told the International Organisation for Migration. The survivors’ accounts described panicked passengers desperately trying to stay afloat by jumping between vessels.

A death toll of just half the passengers would bring the total number of mortalities in the Mediterranean in 2016 to about 1 000 – more than a quarter of last year’s record tally.

The migration body said its staff met survivors on Tuesday; they were rescued on Saturday by a Filipino cargo ship off the Libyan coast.

The group said about 200 refugees had left the Libyan coastal city of Tobruk on several small boats, each carrying between 30 to 40 people and bound for a larger vessel on the high seas. This vessel, which was already desperately overcrowded with about 300 people, “began taking on water” when the newcomers got on.

As the larger boat began to sink, “panicking passengers tried to jump into the smaller boats they had arrived in”. A Somali leader in Egypt said that some of the dead appeared to have been part of Egypt’s Somali expatriate community.

“Families in Egypt are weeping for their children who drowned in the sea,” he said. “I keep seeing pictures of the people who drowned on social media. Some of them were my students.”

The 41 survivors included those who had yet to be transferred from the small vessels, as well as a number of those who swam back to the smaller boats after the larger one began to sink. They include people from Somalia, Sudan, Ethiopia and Egypt.

The survivors “claim to have been part of, and to have witnessed, a large shipwreck that took place in the Mediterranean Sea claiming the lives of about 500 people”, the United Nations’ refugee agency said.

After the shipwreck they were left to drift in the smaller boats, until they were spotted and rescued by a merchant ship and taken to the Greek mainland.

The date of the sinking itself is unclear, but it would have happened near the anniversary of the Mediterranean’s deadliest modern shipwreck, on May 22 last year when 800 people drowned.

The survivors’ testimonies clarify a situation that was the subject of conflicting rumours for several days. Previous versions had variously claimed that the boat left from Egypt, or that survivors had been taken to Italy or a Greek island.

The survivors will not be deported to Turkey under the terms of a new deal between Turkey and the European Union, since they departed from Libya – a war-torn country with whom the EU has not yet negotiated a returns agreement.

As a result, their arrival highlights the limits of the EU-Turkey deal as a way to prevent migration to Europe. Although the deal has made it harder for people to reach Greece, other routes to Europe exist – including from Libya.

Nearly 25 000 have already followed in their wake in 2016, roughly the same level as this time last year.

The flow consists almost exclusively of people from sub-Saharan Africa. Syrians have yet to reach Libya following the closure of the Greek route, but migration specialists expect them to try again from Libya in increasing numbers later in the year.

The shipwreck has prompted renewed calls from refugee advocates for Western countries to provide safe and legal access to Europe.

The UN called on Europe to provide “increased regular pathways for admission of refugees and asylum seekers to manage the emergency in Europe. Additional possibilities for resettlement and humanitarian admission, family reunification, private sponsorship, and humanitarian and refugee student and work visas all serve to reduce demand for people smuggling, onward movement, and dangerous boat journeys.” – © Guardian News & Media 2016