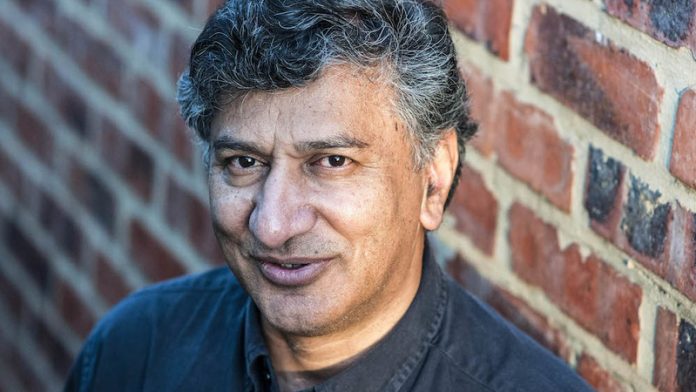 After eight years of developing themes and drawing up the National Arts Festival programme, Ismail Mahomed is stepping down as the artistic director.

He believes he has fulfilled his five-year plan for the 11-day theatre, dance, music and arts festival in Grahamstown and that this is the right time to pass the baton on. Mahomed will be moving to Jo’burg to become the chief executive of the Market Theatre from August this year.

He says the festival committee will reveal their plans for his position after this year’s event.
“Right now I’m concentrating on talking more about this year’s exciting programme,” he said.

The festival has always been the platform on which South African artists can premiere new work and an event at which to celebrate the luminaries of the arts and culture community.

The festival’s theme last year, which was freedom of expression, challenged artists to use satire and to tackle topics in an unconventional and unapologetic manner.

This year’s focus is on celebrating anniversaries that are central to our history as a country. This year marks the 60th anniversary of the Women’s March to Pretoria and it’s the centenary of the University of Fort Hare.

According to Mahomed, the anniversary theme is not aimed at being nostalgic but about looking back, reflecting on history and reimaging the future. The anniversary of the 1956 Women’s March inspired him to assemble a programme in which 80% of work has been curated, directed, headlined or written by women.

“I used the 1956 march as a point of reflection to ask the question: ‘So where are we now in terms of women’s rights as women curators and directors?’ and ‘What are the kind of stories that women are telling?’

“The works will attempt to answer these questions because I don’t think we want to speak on behalf of women – we think women should be speaking for themselves and the festival creates a platform for them to be able to do so.”

Lara Foot, playwright and director and chief executive of the Baxter Theatre Centre, is the main programme’s featured artist. She has directed more than 40 professional productions and has staged shows such as Tshepang and Karoo Moose. She has also won many awards, including the Fleur du Cap Award for the Best New South African Play for Tshepang in 2003. She will present her new work, The Inconvenience of Wings, at the festival.

The fringe line-up will include comedy and physical theatre productions. Festivalgoers can also look forward to 42 visual art exhibitions. The 2015 Standard Bank Young Artist for Visual Arts Mohau Modisakeng’s work, which is a response to South Africa’s violent history, will also be on display.

Over the decades, the festival has staged work that mirrors the events happening in our backyards and Mahomed believes that’s still the case.

“We create an open platform for our artists to engage with any of the issues that affect us and our country. There is no prescription on the fringe programme to any of the content because we want our artists to have a conversation that will continue to shape our nation.”

Mahomed said: “I think the #MustFall #MustRise movement that emerged last year has given courage to a lot of South Africans to begin to realise that our freedoms to engage, communicate, to express ourselves, are not privileges but these are rights that are enshrined in the Constitution and that we should take ownership of those rights.”

When Mahomed became the artistic director in 2008, he wanted to broaden access to the arts at artist and audience level, and to position the festival internationally.

“If I look back over the last eight years, I think we’ve achieved those goals quite successfully.”

Some of the works that premiere at the festival go on to be featured in international and national galleries, theatres and festivals. Mies Julie, which was directed by Yael Farber, was staged at the 2014 National Arts Festival and is now showing at the Theatre des Boffes du Nords in Paris, and The Tragedy of Hamlet, by Fred Abrahamse and Marcel Meyer, opened this month at the 10th International Shakespeare Festival in Romania.

Kemang Wa Lehulere was chosen as the 2015 Standard Bank Young Artist for Visual Art for his solo exhibition History Will Break Your Heart, which was opened at the festival last year. He has subsequently been named Deutsche Bank’s Artist of the Year for 2017.

“South African artists have created work of an incredibly high standard. The fact that there is a large number of South African works being imported to other festivals internationally is an indication that our artists are being sought after. I think in any given year we are going to see at least 20 productions from the festival being invited to perform internationally,” he said.

“Social media has blurred the lines between us and them [artists and audiences overseas], and the conversations that South African artists now have through their works are very much the same kind of global conversations such as migration and displacement.”

But more can be done by taking the work to the people who can’t trek down to Grahamstown, or make it to the Market Theatre in Johannesburg or the State Theatre in Pretoria. Artists are also staging their works at nontraditional venues during the festival.

“The biggest challenge is that one receives so many inspiring proposals, but with a limited number of venues and limited amount of funding.”

Mahomed said the solution would be to establish a touring circuit. He also believes the arts need to be recognised as an important sector.

“I think there is a need for pure arts policy in this country – one that is enabling, that supports artists; one that recognises festivals not just as artistic platforms but as contributors to the economy, because festivals position a country in terms of how it is understood internationally.

“The work that is staged at a festival is a barometer of the country’s mood and it is essential that analysts in politics and in media read the mood carefully,” he said.

Mahomed would like to see the festival expand its partnerships in Africa and provide more opportunities for artists.

The National Arts Festival runs from June 30 to July 16.