Africa, this is for you 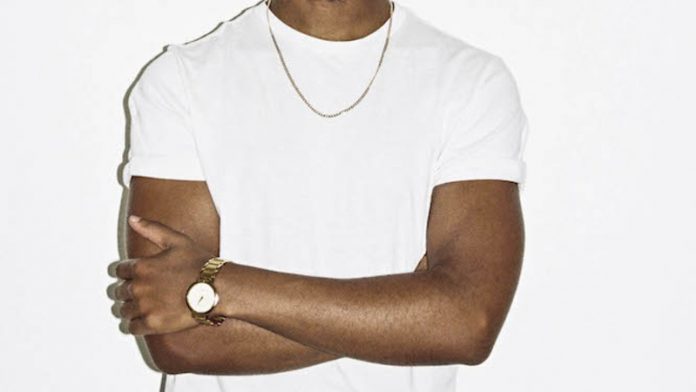 You’ll see Lukhanyo Mdingi, the waiter delivering cheeseburgers to tables of Cape Town’s cool cliques at Clarke’s Diner on weekdays, dressed in a baseball cap, plain-white-tee and stonewashed denims. A humble look for a fashion designer with internationally acclaimed collections and one of the next big things in menswear fashion everywhere.

In the two years since the 24-year-old graduated with a degree in fashion design from the Cape Peninsula University of Technology, Mdingi has been a finalist in Elle Magazine’s Rising Star fashion design competition, shown his collections at SA Menswear Fashion Week and taken his work to the runways of Pitti Uomo – the Florentine event considered the foremost international platform for menswear – and London Fashion Week. But he can’t quit his day job. Tips pay his rent as he ploughs everything he has into his 5-month old eponymous label.

“I have a shift at the restaurant three to four times a week – because I still need time to focus on my fashion,” says the East London born designer on the work-work-life balance he’s struck. “I don’t really have a weekend, but it doesn’t matter to me. I know what I’m working for and this is part of my journey. It’s not going to be like this forever,” he says with absolute certainty.

He describes the last year as ‘crazy’. After his graduate show in November 2014, he was asked to participate in the first SA Menswear Fashion Week at the beginning of 2015. In two months he had conceptualized and created a new collection that catapulted him onto the South African fashion scene. “When I said yes to participating in SA Menswear Week, I didn’t realise its importance. It meant that I actually had to start a business,” he says. “I was like, ‘Holy crap, I’m a waiter! I just graduated. I have no money to start a fashion business. What the f* did I get myself into?'”

He didn’t have time to dwell and navigated the South African fashionscape with the support of close friends like Celeste Arendse, founder of the popular Cape Town label Selfi and Rich Mnisi, who has an eponymous label of his own. “Lukhanyo takes me back to tapping into the creative element of what we do, which can get lost in the running of the business. And I am able to give him feedback on the industry as a whole,” says Arendse. “I love his clean aesthetic and how you don’t know what he’s going to do next.”

“Celeste has been an incredible inspiration. She is a woman of colour and that is so important, because it is critical to have mentors you can relate to. And Celeste knows what it’s like to be a successful young fashion designer in a white-dominated industry,” says Mdingi. “Rich is my counterpart. He’s the perfect person to feed off because our work is completely different, but our ideals about empowering our country are exactly the same. Him being black, male and gay – like me – makes that connection so much stronger because there are not a lot of us in the industry.”

It’s a point we keep coming back to: the lack of support for and representation of people of colour in the South African fashion industry. “My business is solely funded by me,” he says. He stocks his Essentials By Lukhanyo Mdingi collection at AKJP in Cape Town’s Kloof Street but all the money he makes there “goes straight back into the business”. What about applying for funding? I ask. “It’s daunting. You need to have so much paperwork,” he explains. “I’m a one-man show, so I need to be adaptable and agile. I don’t want to burn out – I’m a waiter and a fashion designer, but I’m also a businessman.”

I ask what he would do if he could re-design the South African fashion industry and he fires off a list of changes. “More facilities for fashion designers and the manufacturing process,” he says. “More funding and more locally produced textiles.” His vision is clear. “I want locally-made everything – right down to the threads for stitching, the yarns and fabrics. A complete garment that is made in South Africa.”

There’s maturity to the young designer who has faced a many challenges in living his dream. “I feel I have to prove my work more than my peers. I introduce myself on the phone and I wonder what the old white man on the other side is thinking, hearing the name Lukhanyo Mdingi. Is he going to be willing to help me?”

But it’s made him tough. “If they ignore my email, I’ll send it again. And there’ve been times where I’ve had to send my runway images and lookbooks to prove that I am a real designer with credible work. And only after that will I get a response.”

But he isn’t deterred. “There’s not a lot of support for young designers from government or our fashion councils; there are still times where I struggle to figure out how I’m going to pay my rent because I don’t have a salary. It’s easy to feel discouraged. But I don’t. Because I know my purpose is to be one of the people who nurture our fashion industry in this way. So I have to remain resilient and consistent.”

Talking about nurturing the South African fashion industry gets Lukhanyo fired up. “When our textile industry collapsed in 2003, hundreds of thousands of skilled people lost their jobs. It weakened our fashion infrastructure. The best thing I can do as a young designer is to create ethically produced, quality garments to empower our fashion economy. The intention of my label is no longer just creating beautiful pieces and lookbooks. It’s now about creating a viable business.”

And he has tapped into Cape Town’s rich textile history to do so. “I’ve met seamstresses in taxis after they approached me because they saw me carrying patterns. It happens organically. That seamstress will know a pattern maker and it’s a whole community of skills.” His current team is based in Maitland, Kensington and Walmer Estate; and with his home in Tableview and day-job in the CBD, making it all work is physically grueling. “I do a lot of minibus taxi rides; walking; carrying patterns and clothing on my back.”

Physically grueling, but worth every moment, he insists. And being invited to both Pitti Uomo’s Generation Africa Showcase and London Fashion Week’s International Fashion Showcase (IFS) at the beginning of 2016 were just two such moments. “My clothes are my story,” he says.

It is telling this story that he believes will continue opening doors for other African designers. “I don’t think Pitti [Uomo] or IFS would have happened if it wasn’t for Laduma [Ngxokolo, the knitwear designer behind the highly acclaimed MaXhosa label] who showed at both events a year before me. I am certain that because of the strides we’ve taken, these organizers will come back and look for talent in South Africa again.”

Having paid it forward, what’s next? “Building my label and spreading the message about empowering our fashion infrastructure.” He plans to do so through his online platforms. “I’ve created the hashtag #ATIFY – Africa, This Is For You. Because everything I do is for Africa.” They are words he lives by.

“I’ve had people imply that I’m not going to make it and I find that encouraging,” Lukhanyo says with a mischievous smile. “I love being Lukhanyo Mdingi, because I have never come across anyone like me. No one has my determination, resilience and work ethic. No one has the intention I have for my label. This is personal. It’s tough work, but it’s great work and every day I am more sure that I am doing exactly what I should be doing.”

Artclub and Friends: “Every purchase is a vote”

Sandile Mhlongo is a self-taught art director who draws his inspiration from several disciplines, including fashion, carpentry and gaming
Read more
Friday

Wear the weight of emotions

With vulnerability being the work's primary reference, the ceramic jewellery made and designed by Githan Coopoo is more than adornment
Read more
Advertising
Continue to the category
Politics