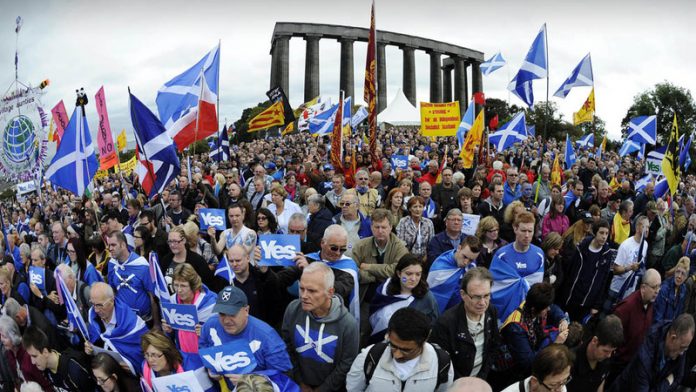 Scotland’s devolved government will start a drive to protect its European Union membership and will prepare for a possible fresh independence vote after Britain voted to exit the bloc, First Minister Nicola Sturgeon said on Saturday.

“We are determined to act decisively in a way that builds unity across Scotland,” Sturgeon told reporters, adding that might include a vote on Scottish secession from the United Kingdom.

Scots rejected independence in a 2014 referendum by 55-45% and at the time the vote was considered a decisive verdict for a generation. Since then support for independence has not shifted significantly, according to polls.

On Thursday Britain as a whole voted to leave the EU, but Scotland voted by 62 to 38% to remain. The Scottish National Party (SNP) argues that many Scots opted to remain part of the UK in 2014 because they believed that was the only way to guarantee EU membership.

The SNP said Thursday’s outcome changes the case for independence and many Scots may reassess their 2014 vote. Sturgeon on Friday said a new referendum was “highly likely”.

After meeting ministers in her devolved government on Saturday, Sturgeon said Scotland would not allow its EU membership to be taken away without exploring all the possibilities and would seek to build broad-based support at home and abroad to maintain it.

“We will seek to enter into immediate discussions with the EU institutions and with other EU member states to explore all possible options to protect Scotland’s place in the EU,” said Sturgeon, speaking outside her official residence.

She reiterated that an independence vote could be offered.

“A second (Scottish) independence referendum is clearly an option that needs to be on the table,and it is very much on the table,” she said.

She would also establish a panel of experts to advise the Scottish government on legal, financial and diplomatic matters concerning EU membership.

Any new vote should be decided by “clear public appetite”, but the independence option should be there, said a spokesperson for the Scottish Greens, the kingmaker for Sturgeon’s SNP. Her party is two seats shy of a majority in the devolved parliament.

“It is too soon to say whether and when a further referendum on Scottish independence will take place, but in the wake of the EU referendum result few people will doubt that it must be on the table,” a spokesperson for the party said.

Wille Rennie, leader of Scotland’s pro-EU Liberal Democrats said in a statement he had committed his party to backing Sturgeon’s EU negotiation process, but had received a guarantee this was not a ruse for a new independence drive.

Splitting Scotland from the UK would end three centuries of shared history, upending another successful economic relationship shortly after the now-impending divorce between Britain and the EU. – Reuters