Can we get more South Africa in our hip-hop? It’s time to stop picking up stompies. 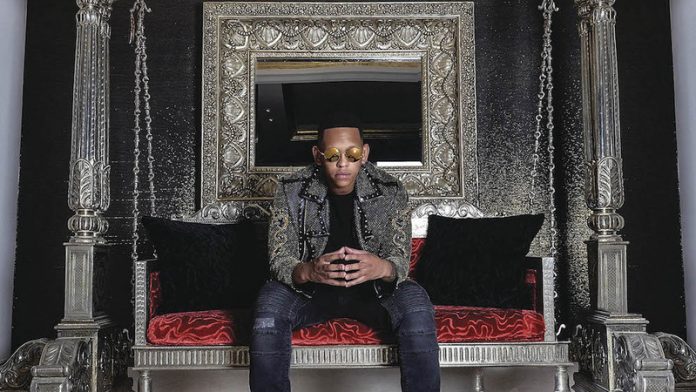 When Atteridgeville-born hip-hop artist JR released his 2009 hit Make the Circle Bigger, conspiracy theorists interpreted it as a diss towards the gatekeepers or levers of power in the industry.

At the time, one of the authorities on South African hip-hop, Hype magazine, had shifted from being on a consciousness trip, created by the likes of Tumi and Zubz, to focusing on a more bubblegum, nearly trap-like sound copied from North American artists by the likes of Glitterati, Da L.E.S and little-known newcomer AKA.

JR’s diss was aimed at a clique of radio DJs, programme managers, event promoters, studio owners and even producers who had gained control of publicity for up-and-coming artists.

Seven years later, the status quo remains intact. The same record labels, publicists and managers that negotiated endorsements for the previous cycle of hip-hop artists are now micromanaging the brands of the latest cheese boys.

The circle of influence isn’t limited to genre, either. From house, maskandi, drum and bass to trap-hop, the formula remains the same: demonstrate your knack for catchy melodies, hooks or ghostwriting, then make friends with one of the influencers.

So, what’s the problem? The spanners in the works are young, up-and-coming hip-hop artists desperate to infiltrate the circle. Although the status quo has created a formula for publicity, it’s done so at the expense of original, South African-sounding hip-hop. The crossover to “biting” (copying) styles from commercial United States artists and landing up on South African radio was quicker than ANCites going from #asinavalo to having upsetting amounts of #uvalo last week — and the effect was equally significant.

One could argue that the ProVerb and Zubz styles were carbon copies of the Black Star (Talib Kweli/Mos Def) collective influence and this probably wouldn’t be too far off the mark. That generation led our focus towards punchlines and flow, with less emphasis on catchy melodies.

They also didn’t use autotune. Thank the Wu-Tang gods for that.

Among the current leaders of the hip-hop culture are artists who have built careers copying Rick Ross/DJ Khaled-type beats and then copying Drake/Future-type flows. The overuse of autotune also seems to have dampened any true expectation of lyricism from the new hip-hop fans. It’s also ironically seen the birth of South Africa’s first generation of “unconscious rappers”, as commander-in-chief and DJ Julius Malema so bluntly put it. But the convenience of this biting for mainstream media outlets is hard to ignore.

Although the expectation had been set that the likes of HHP would send Channel O and MTV Base music videos in the vein of Harambe or Tswaka, suddenly programme managers were receiving content synergised with the hip-hop coming out of the US, which was already proven to draw huge audiences. To be fair, American cultural imperialism didn’t begin or end with hip-hop in South Africa.

Coupled with the dominance of the same publicity gatekeepers, emerging artists are faced with the reality of US-sounding hip-hop standing a better chance on air than any attempt to craft a truly South African sound. There are artists like Cassper Nyovest, Riky Rick and other factions of the Boyz n Bucks crew who have proudly admitted to being influenced by kwaito. Their attempts to resurrect the art form have been well received, but the quick-fast bites of a Future flow on a Mustard-sounding beat are proliferating.

Look, a biter is a biter and Jay-Z might be the biggest of them all, but he’s still Hova, a living hip-hop legend. So there’s no use in dissing that. What’s concerning is when a policy to entrench South African culture is hijacked by these biters as a quick way to get on radio or TV.

The sudden announcement of a 90% local music quota on SABC radio stations by its chief operating tsar caught much of the industry off guard. Although the most recent survey of the coverage showed that artists like Kwesta benefited the most with his kwaito/hip-hop-infused sound and Lil Wayne scale of features, it’s got the autotune machines working in overdrive. It sparked a race to fill up radio slots left empty by years of playlisting US music ahead of our own. The success of Nasty C’s Hell Naw, and particularly the trap-sounding melody on the hook and through the verses, has also led to more of these beats and styles emerging.

One can argue that trap-hop is dominating hip-hop culture right now but that’s not true. Trap is dominating US hip-hop culture. In Britain, Sweden and even France, boom-bap hip-hop still makes it to the top of local charts, and on our own continent, strong African sounds are being sought out by international labels. In South Africa, artists such as Cape Town-based Jitsvinger have successfully fused Afrikaaps and hip-hop, making a musical and even touring across Europe. He ain’t on TV, though.

So it can be done, without sounding like Rick Ross or 2 Chainz. But the responsibility to entrench and promote hip-hop that has a distinct South African sound rests on programme managers at radio and TV stations, which present the image of our culture to the rest of the world. At the moment, we look like an industry picking up stompies from the leading US artists.

Ironically, a lot of those leading rappers ain’t even on that steeze any more. Kendrick Lamar, Chance the Rapper and Schoolboy Q just flipped the script with a super-conscious, almost gospel, hella gangsta vibe. Unconscious rappers, take note.