​Grants and loans are the fee answer, says Max Price 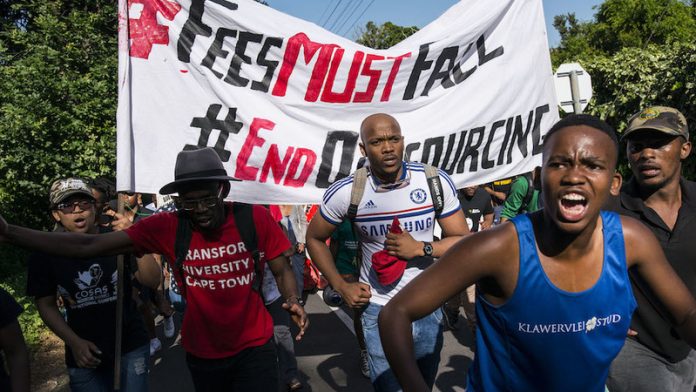 COMMENT
In an ideal world, if South Africa were a rich country with little inequality and was already providing sufficient state funding to support socioeconomic rights such as universal fee-free quality primary and secondary schooling, universal access to early childhood development centres, health care, social welfare support for all elderly and unemployed, I would support a system of no-fee higher education.

A medium-term plan for the next 30 years, however, will have to fit a different context in which fee-free higher education cannot claim to be the highest priority.

I therefore argue that, for the foreseeable future, higher education has two main sources of funding — government grants and tuition fees.

Cofunding is not intended to diminish the imperative for increased government funding. Subsidy should be increased, ideally to about 1% of gross domestic product to reflect the public good that derives from higher education. But even with improved subsidy, cofunding is desirable for the following reasons:

Equity requires that, in a system that relies on fees for cofunding, “the poor” should have equal access and affordability should not be a barrier. Society does not divide in a binary way between poor and rich. The continuum of income determines a continuum of affordability. I use the term “lower income” to refer to that group that may have no income or an income that still renders full fees unaffordable. The extent of financial support they require will vary.

One way of ensuring access for the lower-income students is to create variable fee levels, with free education for the lowest income, mid-level fees for lower-income households and higher fees for the rich. The challenge of this system is the difficulty of administering multiple fees for each course (including multiple fee levels for costs of accommodation, food, books and so on.) If there were only two levels — free and full fee — the income threshold that determines whether one’s tuition is free would have to be quite high, with significant loss of income to the sector.

A simpler, fairer and more efficient solution is to have the same tuition fee for everyone, just as all students face the same costs for books and food, and then provide a personal bursary or loan for those who need it on a sliding scale. For those with the lowest income, the bursary could cover their total fees, thus in effect creating a fee-free education.

Should financial aid be a grant or a loan? A loan system returns money to the system and reduces the fiscal burden. Second, a loan system is necessary if the sector wishes to draw on private sources of capital that will not donate to a financial aid scheme, but could be expected to make loans. Thus the use of loans enables government to share the burden of capital and cash flow in funding higher education.

Third, the private benefits of higher education ought, to some extent, be funded by the individual. Finally, the system currently generates significant funding from private sources. If there were no fees, or fees for lower-income students were pure grants, there would be no incentive for these third-party funders to contribute to the funding of higher education, but they could provide funding to reduce loans and debt.

Around the world, student loans are often designed so that repayment is income-contingent: the amount to be repaid in any year is related to a graduate’s income, not to the total debt or interest rate. Such loans are guaranteed to be manageable, because when you are not earning you are not required to make any payment, and repayments each year are always a manageable proportion of earnings.

I propose that the lowest income be funded by grants, and middle income by income-contingent loans.

Max Price is the vice-chancellor of the University of Cape Town. This is an edited version of the presentation he gave to the fees commission earlier this month.