Why post apartheid order is only starting two decades on 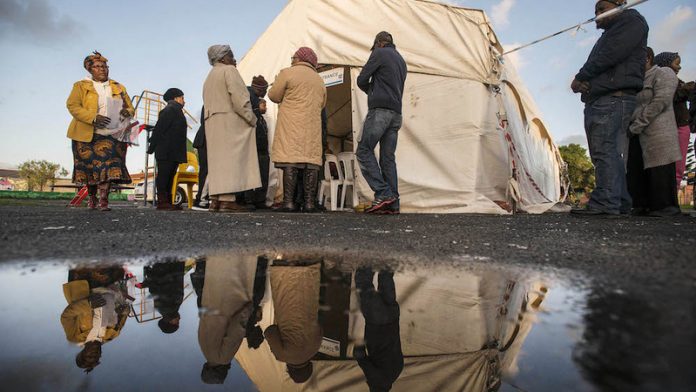 South Africa’s political, economic and social landscape seems highly turbulent lately. South Africans have been treated with increasing tensions within the ruling party, as well as within the state.

The ANC seems no longer willing to allow voices of dissent, and the National Democratic Revolution agenda seems deferred. The working class is demanding better pay, and the middle classes have jumped ship in the most recent local government elections. Students want free access to higher education, and corruption scandals seem to explode like periodic land mines. According to the Focus Economics panel, the country’s 2017 projected GDP growth is 2.7%. Poverty and inequality are troublingly high and racial tensions seem almost out of control from the Sparrow comments to calls for de-regulation of black pupils’ hair. So the times are tough, and many South Africans have resigned to the current crises as some sort of destiny, unlikely to change in their lifetime.

History however suggests that societies under transition undergo some socio-economic and political shake-ups. Writing about the Western Europe of the early 20th century, Antonio Gramsci, who was imprisoned for much of his 41 years, expanded on what he referred to as Interregnum – a Latin word loosely translated as interval period. “The crisis”, Gramsci wrote, “consists precisely in the fact that the old is dying and the new cannot be born; in this interregnum a great variety of morbid symptoms appear.” The period in English history from the execution of Charles I in 1649 to the Restoration of Charles II in 1660 was an interregnum, consisting of societal renewal, although at a heavy cost of human life. Roughly 20 years after the start of the English Civil Wars, after 1660 Britain entered into a period of restoration. Western Europe underwent social, economic and political commotion during the few decades preceding World War II and through the war, before entering stability on political, social as well as economic fronts from 1950s onwards.

South Africa avoided ‘renewal by blood’ in 1994, largely due to the foresight of giants of history such as Nelson Mandela. In technical terms, April 27 1994 was the miracle moment, but societies do not change in the twinkling of an eye. Interregnum periods as Antonio Gramsci suggested, take time, and in the process of societal renewal, these periods expose the worst residues of a dying system. The old apartheid order is dying slowly, but the new order is not being rapidly born. This is where South Africa is, in 2016. It seems to me that for the past two decades, South Africa has been in a transition window, its own interregnum, with some significant turbulences taking place. I suggest that South Africa is on the final phase of this interregnum, and the outcomes of the 2016 local government elections pointed to this conclusion. The ‘new’ which is being born revolves around the formation of middle classes, who largely represent the voice of reason. In 1994, the transition was born out of concessions offered by political elites of the ANC, most of whom were middle class. The triumph of the voice of reason against voices of revenge started the transition in 1994.

I argue that the current social troubles such as racism, corruption, crime, have always been as troubling since 1994. It’s only that there is more awareness and more robust debates, presided over by the new middle classes. This is because crime affects property rights, businesses and leisure points. Increasing interest rates impact on access to credit, racism undermines dignified lifestyle – all of which are middle class’s possessions and aspirations. The working class suffers most when national economics or politics are mismanaged, but often they have more pressing needs – to put food on the table. So the working class will engage on confrontations which create immediate economic results. On the contrary, the middle class sustains the voice of reason, more strategic and medium to long term, because what is at stake for them is a downward social mobility if the country’s economic, political and social management spin out of control. For the middle class, downward mobility is a fear of the known – they know what it means to be poor, because they’ve been there.

The voices of the middle class are evident everywhere from the black child’s hair revolution to Penny Sparrow’s racist comments, to pressure on corrupt political elites, to the 2016 local government elections ballot, to dissenting voices within the ANC and within the state. These middle class voices exert pressure on the old apartheid order which is still dying, although violently, and they suggest that the ‘new’ order is being born where the rule of law, democracy, equality, and wealth accumulation become normal. These middle class voices will increase as the country moves away from the interregnum, from what Francis Fukuyama refers to as a society with middle classes to a middle class society. I suggest that the next two decades will shape a new order and a new society, presided over by the ever-emerging middle classes.

Dr Jason Musyoka is a Post-Doctoral Fellow at the University of Pretoria’s Human Economy Programme. He writes in his own capacity. Email: [email protected]

It’s time for a new year’s revolution at work