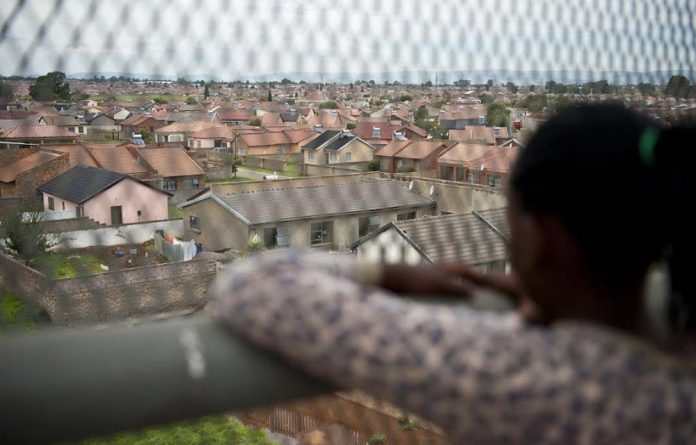 South Africa’s middle class (white and black) has always been a creation of the state, but the method used to create a white middle class differs from the one followed in creating a black middle class.

During the first decade of the 20th century, although there were pockets of industrial activity in Johannesburg, on the Witwatersrand and in Cape Town, three-quarters of the population lived in rural areas, which were characterised by recurring droughts.

In 1911, agriculture formed about 22% of national gross domestic product, and mining averaged about 27%. An economic depression after World War I led to the Rand Rebellion (also called the Red Rebellion) of 1922. White mineworkers went on strike and reacted violently when a decision by the Chamber of Mines to employ black mineworkers to save on labour costs threatened their jobs.

General Jan Smuts’s government was accused of colluding with mining companies. About 200 people died in the rebellion, which was crushed by military force, and resulted in about 15 000 mineworkers losing their jobs.

Because of a perceived poor handling of the workers’ revolt, Smuts would lose the general election in 1924 and would be replaced by a pact government (coalition) led by General Barry Hertzog (National Party) and Colonel Frederic Creswell (Labour Party). This was a victory for white urban workers against what was perceived as a capitalist state.

Historian Hermann Giliomee notes that, during the early 20th century, the economic position of Afrikaners and black South Africans was very similar, apart from the Afrikaners possessing large tracts of land. By the early 1930s, there were almost no Afrikaner-owned businesses in Johannesburg or other big cities.

Between 1925 and 1935, large numbers of poor whites, mainly Afrikaners, migrated from the rural areas into the towns and witnessed the comfort and prosperity being enjoyed by the British uitlanders (foreigners), while they themselves were extremely poor.

The problem of white poverty, which was of concern to the state, was verified by the Carnegie Commission of Inquiry, which presented its findings in 1932 — that one- third of all whites were poor. Thus, the economic problems facing the Afrikaners shaped South Africa’s first state industrialisation programme.

In response to widespread white poverty, the state initiated South Africa’s first social welfare programme in the 1920s and started several parastatals to facilitate industrialisation. Eskom was formed in 1923 and Iscor (now ArcelorMittal) in 1928. In 1940, the Industrial Development Corporation was established, after which Sasol (1950) and Soekor (1965) were also formed.

Parastatals were critical in encouraging South Africa’s industrialisation, which also created a white middle class. The majority of white labourers who worked in these parastatals earned high wages and had access to affordable (subsidised) accommodation and, over time, they were able to move to the private sector, mainly in manufacturing.

After 1994, the black middle class has mainly been formed from within the state. In 2017, there are just over two million civil servants, of which more than three-quarters are black. Between 2005 and 2012, the number of government employees increased by more than 25%.

This could also be called a successful mission of the post-1994 state, except that the state seems trapped as a direct employer. This good beginning is, unfortunately, a temporary solution to the problem of unemployment and poverty. The state will always be there, but it should shrink over time as the black middle classes migrate to the private sector — but they are not at the moment.

Our current troubled state translates into missed opportunities for this transition. While we are debating state capture, unemployment has increased to 27.1%, Moody’s has downgraded the country’s commercial banks and the economy has gone into recession.

As the state capture debate continues, the mismanagement of parastatals such as SAA, Eskom, Transnet, PetroSA and others reveal how a captured state undermines the project of creating a black middle class. The state needs to function efficiently if it is to facilitate the transition of the black middle class from direct state employment to being competitive entrepreneurs in the private sector, especially in manufacturing.

This week, Minister of Finance Malusi Gigaba argued that the black middle class should direct its anger at “white monopoly capital” rather than at the state.

Although the racial imbalance of capital must be rebalanced, this is primarily a function of the state, which has a monopoly on redistributive power.

Perhaps, as a starting point, if the state focused on efficiency and if the parastatals were well managed, the creation of a black middle class would be faster, less turbulent and more sustainable. After gaining experience in SAA, Eskom or Transnet, members of the black middle class could use their skills in the private sector as private transport (or airline) operators, as renewable energy dealers, or whatever.

The state capture debate should be seen as going beyond mismanaged politics, and even beyond the 2019 elections. It is a potential tragedy for the formation of a stable and prosperous black middle class.

Dr Jason Musyoka is a development economist and postdoctoral fellow at the Centre for the Advancement of Scholarship, based in the Human Economy Programme at the University of Pretoria