Zuma haunted by ghosts of freedom fighters past 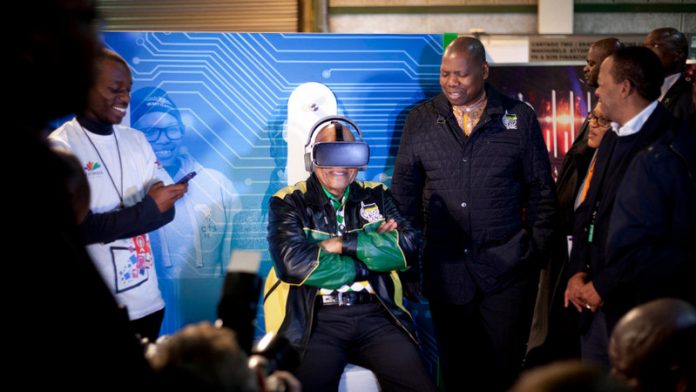 The bronzed ghosts of South Africa’s fight against oppression march defiantly towards the Nasrec convention centre in Soweto, where the ANC is holding its national policy conference.

There is Solomon Mahlangu, both arms held aloft, an AK-47 strapped across his chest; there is Govan Mbeki ruminating over a book; Chris Hani is pointing upwards, probably towards the sky-high benchmark he would have expected of the current leaders of the ANC in government. Former South African Communist Party leader Joe Slovo is marching triumphantly, recklessly almost, forward, while Ruth First places a hand on his shoulder; the faces of Walter and Albertina Sisulu appear etched with the parental pride of welcoming a newborn (country) into the world.

All the different aspects of the anti-apartheid struggle — from its intellectualism, through its revolutionary rigour to armed struggle — are reflected in this collection of bronze statues, which constitute the Long March to Freedom exhibition.

On Monday morning Jacob Zuma walked among them. While many South Africans may wish the current president of the ANC and South Africa was already cast in bronze, he was still very much living and breathing.

He cut a solitary figure as a phalanx of bodyguards cleared the exhibition area of any errant journalists, hangers-on and ants. The ancestors may have whispered a word or two his way — some advice, perhaps, a chastisement, certainly. If they did, it would appear unimaginable that Zuma took any of it to heart. Despite his utterances that the ANC is foremost in his life, Zuma’s actions and decisions have long belied his words.

This was most clear when, after March’s midnight Cabinet reshuffle, his deputy, Cyril Ramaphosa, the ANC’s secretary general Gwede Mantashe and its treasurer general Zweli Mkhize all told the public that they had not been consulted on the changes. In Zuma’s ANC, the centre is not the party. Rather, it appears to reside in Saxonwold and in the presidential bank account.

Perhaps haunted by the ghosts, Zuma did not linger among the statues. Instead, he quickly continued his walkabout to the Progressive Business Forum business lounge where capitalists schmooze delegates and deals are brokered over flutes of champagne in the VIP section.

Zuma spent much longer there. He chatted to stallholders, pumped flesh, giggled, and tried on a virtual reality headset, swerving around on his stool and licking his lips as if the artificial world he was inhabiting was his personal Reed Dance, where R200 notes fluttered around topless maidens prancing past his sightline.

Later, he told journalists that the policy conference was “going very well” and that the “situation of the movement” — the kleptocracy, the state capture, the self-aggrandisement, the dysfunctional government, the anti-poor and anti-black corruption of the ANC — was being discussed in a “very frank” manner.

Zuma may one day be cast in bronze. Whether his statue would be as enduring as those of the luminaries outside the convention centre, or, rather, be the subject of a future #MustFall movement, is becoming clearer with every day that passes.