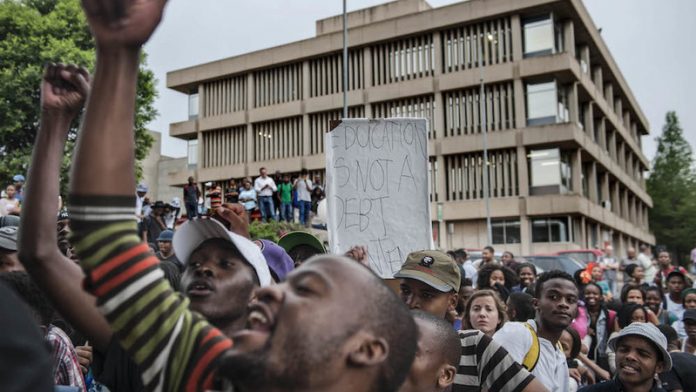 On Monday, 13 November, President Jacob Zuma released the report of the commission of inquiry into higher education and training (the fees commission report).

The fees commission was established by the president in January 2016 and led by Judge Jonathan Heher, assisted by advocate Gregory Ally and Leah Khumalo. The report was received by the presidency on 30 August 2017, and according to a statement released by the presidency spokesperson Bongani Ngqulunga in late October (in response to a spate of protests demanding the report’s release), it was being finalised before its final release.

The Daily Vox rounds up what we learned from the executive summary.

1. The report acknowledges that everyone has a right to further education and that the state has a duty to make this realise this, progressively, a goal that is only realisable “in time”.

2. But it says that totally free education is not in the best interests of South Africa’s higher education sector and that “those who can afford to pay must pay”.

3. It describes existing schemes for funding education as “inequitable, inadequate and unsustainable”.

4. The Technical and Vocational Education and Training (TVET) sector is the biggest winner of the Fees Commission report. It says SA needs to “expand, improve and streamline” TVET institutions so that they become “institutions of first choice”.

5. To fund this expansion, the commission recommends pouring R50-billion into TVET.

6. That money, it says, should come from the surplus from the Unemployed Insurance Fund (UIF). According to a July 2016 report in the City Press, the UIF is sitting on a surplus of R99-billion.

7. For everyone else, it recommends an income contingent loan (ICL), through public/private partnerships with financial institutions, all of which will be underwritten by government.

8. It recommends that application and registration fees for higher education and training institutions be scrapped. So, yay for that.

9. It agrees with the higher education ministerial task team which recommended BBBEE points be used when funding poor and missing middle students.

10. The Commission also recommends that an education fund be set up for the development of higher education, bursaries etc, which companies, individuals and aid agencies can contribute to.

Read the executive summary of the report here, and read the full report here.

The report itself is about 750 pages long and will require some deep reading in order to understand how the commission came to its conclusions. – The Daily Vox