The idea of an ethical society has exercised the most brilliant of minds for as long as historical memory can extend. As an ideal, ethics provide philosophical coherence to society.

Pharaonic Egypt, Ancient Greece, the Roman Empire, the Chinese empires and many other societies obsessed about the definition of a good society.

Equally, the 1994 South African democratic breakthrough was the triumph of the ethical idea for the people who had been subjected to a racist order that diminished the humanity of both the oppressor and the oppressed.

Ethics is a living idea and societies need to self-reflect to interrogate epistemological, ontological and cosmological conditions under which an ethical society emerges, evolves and survives.

The Mapungubwe Institute for Strategic Reflection (Mistra) has cottoned on to this sociopolitical and historical imperative and, accordingly, embarked on a study, culminating in a book titled: Seeking the Ethical Foundations of the South African Nation.

This study arises out of the current ethical crises enveloping humanity at the global, continental and national levels.

We have seen how corporate greed caused the collapse of the world’s financial system in 2008, deepening the misery of a large section of humanity. The truth is that the production, distribution and consumption of the world’s resources are increasingly concentrated in the hands of a few — largely a racially and regionally defined section of humanity — while the environment is unfeelingly degraded.

South Africa’s Constitution was the codification of the idea of an ethical society that would frame societal relations, thus constructing a polity where human worth, democracy, nonracialism, nonsexism and justice would hold pride of place.

Although our Constitution is a bedrock of progressive humanism and exalted ethics, it is not immune to being desecrated by retrograde forces. It is not enough to proclaim boldly that society has enshrined ethical ideals in the Constitution, as we have done since its adoption in 1996.

As has been seen elsewhere in modern history, and as our experience in the past decade has cogently shown, the idea of ethics can be fluid depending on the environment. What may be ethical for one generation may not be so for the next.

Our continent has almost never known a spell of peace since the emergence of Ghana as the first independent African nation back in 1957. Post-colonial political failures — through coups, elitist accumulation, civil wars, political instability, disease outbreaks, political oppression and neocolonial looting of resources — show that the world needs to revisit the systems through which human society is organised. Such an existential concern is arguably reducible to ethics.

South Africa, for its part, was extolled to the skies for its bloodless and almost miraculous transition into democracy from a system declared a crime against humanity. Our system of constitutional democracy was correctly seen as the gold standard of ethical principles.

Yet it took little less than 15 years for the sins of incumbency to set in, manifested in corruption in the public and private sectors, graft, malfeasance, venality, amorality and other forms of societal depravity such as cybercrime, human trafficking, abductions, child and women abuse and the drug trade.

Moral corruption and acquisitiveness — accompanied by conspicuous consumption — have become woven into the social fabric, threatening not only to eclipse but to dislodge any extant sense of ethics inherited from the 1994 watershed.

In the face of these mounting ethical crises, reflection can serve as a bulwark against any further immoral encroachment and can help to push back the frontiers of unethical behaviour in society.

The Mapungubwe Institute’s intervention, therefore, is an effort to recreate a cultural basin for South Africa to reflect and to rediscover the ethics that breathed life into our nation in the first 15 years of democracy. 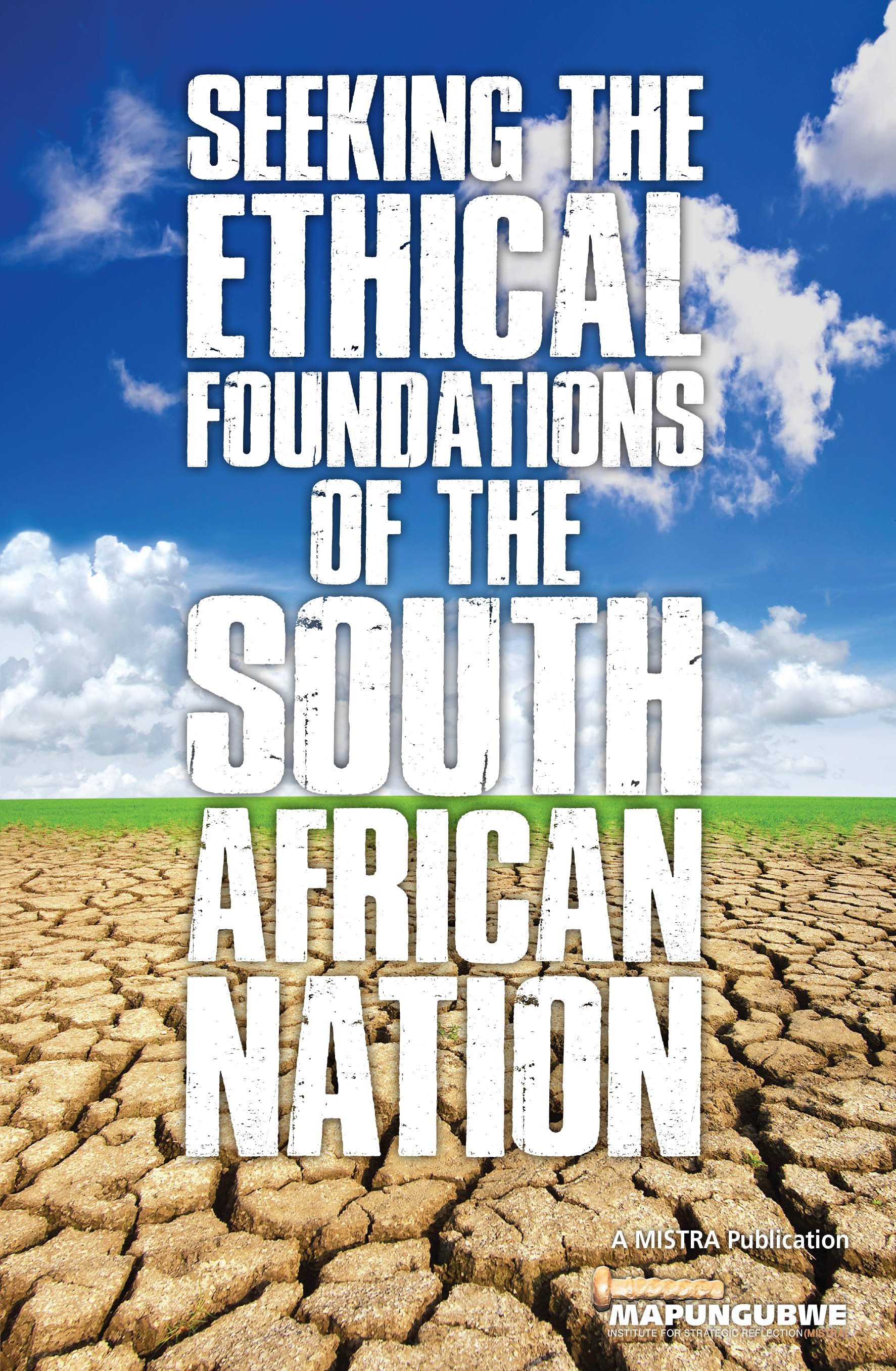 Our own precolonial ethical code, widely expressed through the paradigm of ubuntu, botho and vumunhu has come under severe assault from the disruptive forces of colonialism. Yet throughout our history, since the formation of South Africa as a modern state, we have continued to expound the virtues of this paradigm as a lived experience and guide to ethical life.

Still, it could be argued that such ethical ideals have been practically vitiated in the face of individualistic capitalist modernity, which unashamedly puts a premium on the notion of the metaphysics of self.

Indeed, the late Nigerian writer, scholar and activist, Chinua Achebe, seems to have hit the nail on the head when he pointed out the binary that sets African ethical paradigms apart from those of Europe.

Whereas René Descartes reached the epiphany that changed Western epistemological orientation and thus ontological approach forever by stating: “I think, therefore, I am”, the African, inversely, asserts that “motho ke motho ka batho” (“umuntu umuntu ngabantu”) — “a person is a person because of other persons”. What an antithesis!

The institute sees its role in this era of existential binaries as helping to augment the quality of thought expressed in dialogue for the advancement towards the shared future to which we all aspire. This study of ethics in post-apartheid South Africa is a humble contribution in this exacting journey of self-discovery.

The objectives of the institute’s book launch is to interrogate the following:

The institute hopes that through this exercise we can attain a comprehensive assessment of the permissive conditions that led to the moral and ethical crisis of the past decade in our country and this way enrich our sense of ethics — whether normative, utilitarian, positive morality, meta-ethics or descriptive and, indeed, ubuntu, botho and vumunhu.

Even within the strictures of the current economic system, we believe it is possible to drive an ethical state through our revolutionary agency.

Seeking the Ethical Foundations of the South African Nation will be launched on February 28 at 6pm at Gallagher Estate, 19 Richards Drive, Halfway House, Midrand.

Recommendations for a nation in crisis