Let’s take a moment for a quick experiment. Open your browser and search for the upcoming fixtures and recent results of the Springboks, Bafana Bafana and the Proteas. Log how long it took you to get those records.

Now, close all tabs and repeat, except this time for the women’s representatives of our three biggest sporting codes.

Chances are the latter half of your experiment was not a fun experience. And you would have learned that information is surprisingly difficult to come across.

Two digital team members at the Mail & Guardian, people who should have no difficulty navigating the internet, did the exercise. The men’s fixtures were found in a virtual snap at less than 10 seconds for every code. But it took them anything from double the time to more than a minute to find the women’s counterparts.This was despite the fact that in a few days Banyana were to play in the Cosafa Cup final, which they would win, and the Protea women had just embarked on a tour in Barbados. 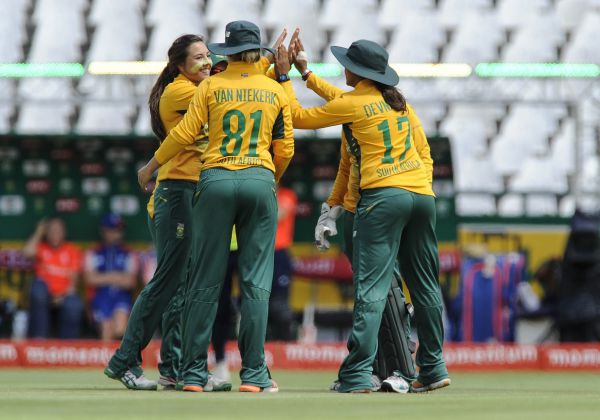 So what does that mean?

That inequality exists between our male and female teams is far from breaking news to anyone. We are regularly reminded that there are major differences in the way funding and media coverage are dished out. But this is something different — something slightly more nuanced.

It is a symptom of apathy; an attitude we would need to change before we can dream of solving those major issues that plague our sport.

In 2018, there are no excuses for failing to present well-laid out, easy-to-find material on our country’s women stars. No one can force the media to change the patterns of who they follow but sports federations have a responsibility to set an example by, for example, ensuring the material is easily available online.

In 1994, the department of sport and recreation was one of 324 signatories to the Brighton Declaration of Women and Sport, which was supposed to be a historic document for development of women in sport around the world.

“Resources, power and responsibility should be allocated fairly and without discrimination on the basis of sex,” it reads. “But such allocation should redress any inequitable balance in the benefits available to women and men.”

The disappointing manner in which the updates on our women’s teams are presented online raises two areas of concern.

A distinct marketing strategy has become synonymous with having a solid digital marketing plan. The M&G asked Samu Makhatini, the account associate director of media and digital at Kantar Milward Brown, to give her impressions of how those who are fulfilling the role of oversee rare presenting the women’s side of things.

“The website is designed to highlight sports regarding men’s national team first, ahead of the women,” she said of the South African Football Association (Safa) website. But, “due to the Cosafa win, Banyana Banyana leads the Safa news section as expected”.

To its credit, it’s fairly easy to find the section with articles dedicated to coach Desiree Ellis’s side. Fixtures and results, though, are locked down at the bottom of the homepage and are harder to find.

SA Rugby is arguably the worst offender of the two. Although a link to “SA women” exists,the subsequent page has a news scroller at the top but is otherwise identical to the rest of site —populated with profiles on Elton Jantjies and some of his teammates and highlights and other aspects of the men’s game.

“This is a weird one because this is meant to be an SA women page but that [women’s’ rugby]content is just allocated to the top of the page and the rest is on the male SA rugby team,” says Makhatini.

As for the homepage, nothing is dedicated to the women’s game.

The front page of Cricket SA (CSA) has the best presentation of the three. There are easy drop-down menus that take you to a detailed team profile of the Women Proteas along with articles and a full list of upcoming games.

Behind on the times

As much as CSA might lead the way in terms of its own offering, there is a discrepancy in the way Google presents its results.

Type in “Proteas” in the search engine and a neat little box will be the first thing to appear. In it will be a complete list of fixtures, news and even links to the last few dozen players to pull on the green shirt.

No such neat layout pops up for any of the women’s teams and this is one of the driving factors of why it’s so much easier to find out about their male counterparts.

“It’s a partnership that we have with Opta [a British-based sports analytics agency],” says Mich Atagana, the head of communications and public affairs for Google in South Africa. “So they have all the match fixtures and all the scores. So it’s just a content partnership.”

She explains that Google doesn’t own any of the data. They rely on third parties (Opta being one) agreeing to provide information that Google will present.

Somewhere along the line, updates on Banyana, Protea and Springbok women are getting lost. Atagana was unable to specify why it is that Google is not drawing data on the women’s sports except to say that it is clear there is no deal in place.

What is also apparent is that there is very little data Google can draw on to present certain aspects of women’s sports. What we have spoken about here is national teams; it may be flawed but try searching for women’s clubs and the frustration will be even greater.

Considering the litany of problems that plague our sports, digital representation seems a minuscule issue. Yet it is these details that set the tone for development.

Like everything, it starts at the bottom: if we are not able to resolve our very fixable issues, then the broader picture will remain blurred in the background.