Kenesias Dambakurima used to stage one-man protests along Cape Town’s freeways, holding up his “Save the Rhino” placard. He did this because, he says, “animals, they just need our voice, you know?”

That was five years ago. He has been a vocal campaigner for animal rights since about 2011, but being a black animal rights activist is still seen as something of a curiosity, he says.

“Whenever I go to animal rights events, they are always dominated by white people. And the first question you get asked by white people is: ‘How did you get involved?’ They don’t ask each other how they got involved in animal rights activism. But they will ask you, the black person. There will be this unspoken thing of ‘this is ours; this animal thing is ours’. It is quite a challenge.”

The 35-year-old has gone on to establish the animal rights organisation Voices for African Wildlife. As the head of an organisation, “sometimes you are the one to organise the events. But, if you are not the one organising the event, you feel like you are just there to make the event colourful, you know? For people to see that there are also blacks involved.”

Tebogo Maleka says it is always a surprise for white people when they find out she is vegan. “I get asked a lot of questions; almost like they are checking to see I know exactly what I am talking about when I say I’m vegan. It’s a completely foreign concept [to them] that I am black and vegan,” she says. 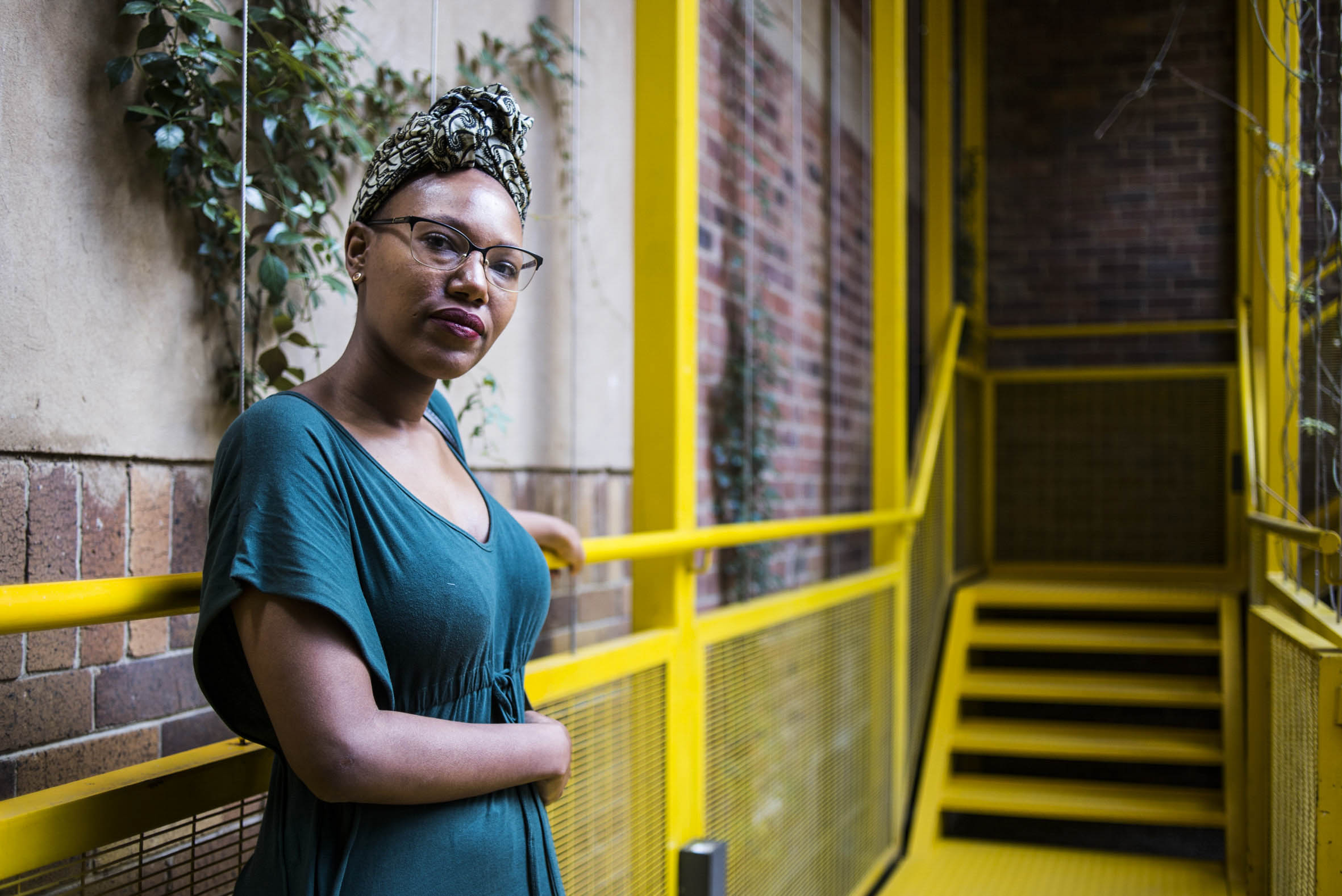 Tebogo Maleka’s choice to be a vegan surprises many white people, reflecting their view of black culture as being rigid and closed to new ways. (Delwyn Verasamy/M&G)

Her family also often asks questions, says the 30-year-old. But it’s different — it comes from “just a lack of knowledge or understanding”.

“My aunt would make a chicken thing and she would be, like, ‘It’s chicken; you can have that, right?’ But that kind of thing is purely out of her not knowing what veganism is.”

In other contexts, she says, “sometimes I feel as though, if I were white, certain questions would not be asked. I don’t know if that’s just in my head. But when you start cultural questions about my diet, you’re assuming something else about my culture — that it is rigid and not open to new ideas.”

But Nicola Kagoro has experienced first-hand the rigidity of her own people when it comes to opening up to new ideas. Under the name Chef Cola, Kagoro runs the Cape Town- and Harare-based business African Vegan on a Budget. 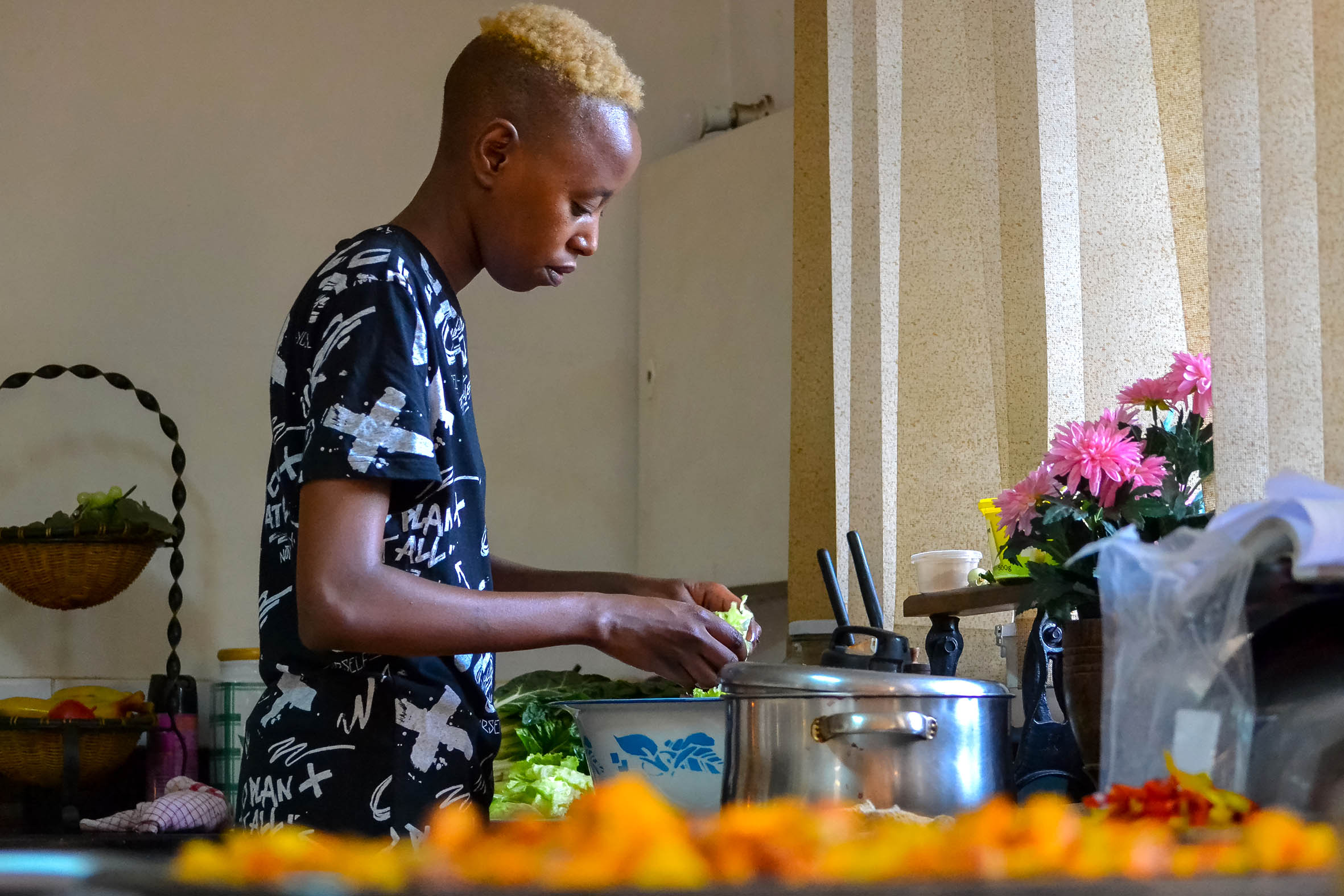 Nicola Kagoro, aka Chef Cola, says both black and white people react to veganism but for different reasons

“I have experienced plenty of negativity as a black vegan chef,” she says. “When I started doing my dinners, for example, nobody wanted to come, especially the black people. They were, like, ‘You can’t have a meal without meat, because that’s just not a meal.’ I used to say, ‘Okay, just pay one US dollar’, but I still had to beg people to come and eat vegan food. So the negative perceptions have always been there.”

The 29-year-old adds that “When it comes to white people, they are more welcoming towards it.” But this “is because they have got the story twisted. White people think that veganism started with them, but it didn’t.

“They’re thinking, ‘rich black kid being in tune with the [vegan] culture’. But that’s not it. It’s sad, actually. They think we’re all meat lovers. You know, that thing of ‘all black people love chicken’.”

Kagoro believes these misconceptions stem from “what they think they know about our traditions, whether it is us as vegans or animal lovers”.

Carla van Wyk’s mother gave her a cat, Daniel, after a bout of depression. “I suffer from bipolar disorder and had just come out of hospital for depression. My mom had been conspiring to get him for me to fix things for me.”

The strategy worked. Two years later, Van Wyk says: “I laugh a lot more after getting him. The love I have for him is, like, in every cell in my body. It’s unconditional love.”

One too many unpleasant incidents at veterinary clinics, however, have left the 32-year-old feeling “gutted and enraged”.

“Daniel had been having an issue with his ear for quite some time. It was a weekend and he was running a high fever. I felt it was an emergency situation so I needed to go to a private vet.

“He was with [the vet] for quite some time. She eventually called me in, quite sternly, and says, ‘There’s a lot of gunk in his ear’, and she started speaking really, really slowly. Like I was dumb or something. And she said: ‘His nose is also congested. Do you know what congestion means?’ I was so perplexed.”

Van Wyk says the vet’s questions and tone of voice left her “feeling like … I had to explain that I am actually taking good care of my cat. My immediate thought was: ‘Would she be treating a white client this way?’ I remember standing in this stark, big room and feeling like my character was being attacked.”

The “implied accusation”, she believes, “is based on the fact that I am a black woman. And that black people don’t take care of their animals. What was horrible about it was that it was all happening so fast, so I was trying to think through what was happening. I was figuring out what to say without compromising his treatment.”

For 13 years, Dena Johnson has taken her cat, Miu Miu, to the same vet in Cape Town despite what she feels is the racist treatment she receives there. “I call it Orania [after the white enclave in the Northern Cape], because that’s how it feels going in there,” she says. “Without fail, whenever I walk into that vet — without fail — people behind the counter and people in the waiting area would stop talking or what they’re doing and just stare at me.

“The last time I paid, there was this new woman working there … She wouldn’t let me get Miu Miu until I had paid. Then, when I handed over my credit card, she flipped it over twice, inspecting it. Because it’s a black credit card. I said to my vet: ‘Is it not normal that a person of colour has a black credit card?’”

Having confronted her vet about the years-long “silent treatment, he just said there is no such thing. And I lost it. I told him: ‘You have never been black, so don’t tell me I am delusional.’ ”

Johnson, who asked the Mail & Guardian not to identify her or her cat out of fear of compromising her cat’s care, says she is not usually one to keep quiet about these things. “Ek hou nie my bek nie, but I found myself shutting up over the years because of my cat. I’m not going to take Miu Miu to another vet, because this doctor has a relationship with my cat and a history of my cat’s ailments. He’s 16 years old and is basically now considered special-needs because of all his ailments. So I just sucked it up.”

For Johnson, the experiences are “violent, for want of a better word”.

Van Wyk agrees. “When I go there, it is quite traumatising. The thing is, we love our pets, you know? We want them to be healthy. It’s such a profound love we have for them. So to be questioned and treated in this way is just devastating.”

A few months ago, Dambakurima left animal rights activism. But he returned because he believes “we owe animals a lot”.

“These animals depend on our voices. It’s a lifetime duty. When I die, I don’t want to be remembered as someone who has abandoned animals because of some petty issues. So there is no other way. You just have to keep on speaking up on their behalf.”