A significant portion of the upward trajectory of Rams’s career has to do with his intuition. The Johannesburg-based rapper has a sixth sense about when to switch things up.

After being selected to form part of Beats Lab in 2017, a WeHeartBeat-initiated series of musical collaborations that featured the likes of Mndsgn, Hannah Faith, Melodiesinfonie and Zaki Ibrahim, among others, Rams had the good sense to hand Mndsgn the submixes to an earlier version of God Sent (initially done with collaborator Tsukudu).

“We were just locked inside the studio for, like, five days but the schedule was so crazy that we were running out of time,” he says while sitting on a verandah at his family home in the south of Johannesburg. “I just said, ‘Hey Ringgo, would you mind throwing a beat over this?’ He just said, ‘Send me the stems.’ He didn’t work on it immediately. He worked on it at the hotel and he came back and played it and the song was just … that was that. And then Zaki just threw a bit of BVs on top of it. Her backing vocals are just so crazy. That’s just how it happened. It was super organic.”

Given the way he switches cadences during the three-minute track laced with languid samples and wafting guitar licks, one could easily imagine Rams running through the track as if he is a sprinter in a relay by himself. So smooth are the changes and, not unlike in the accompanying video (shot and directed by Sims Phakisi), it is Rams who remains in clear focus while all else around him turns soft and blurry. 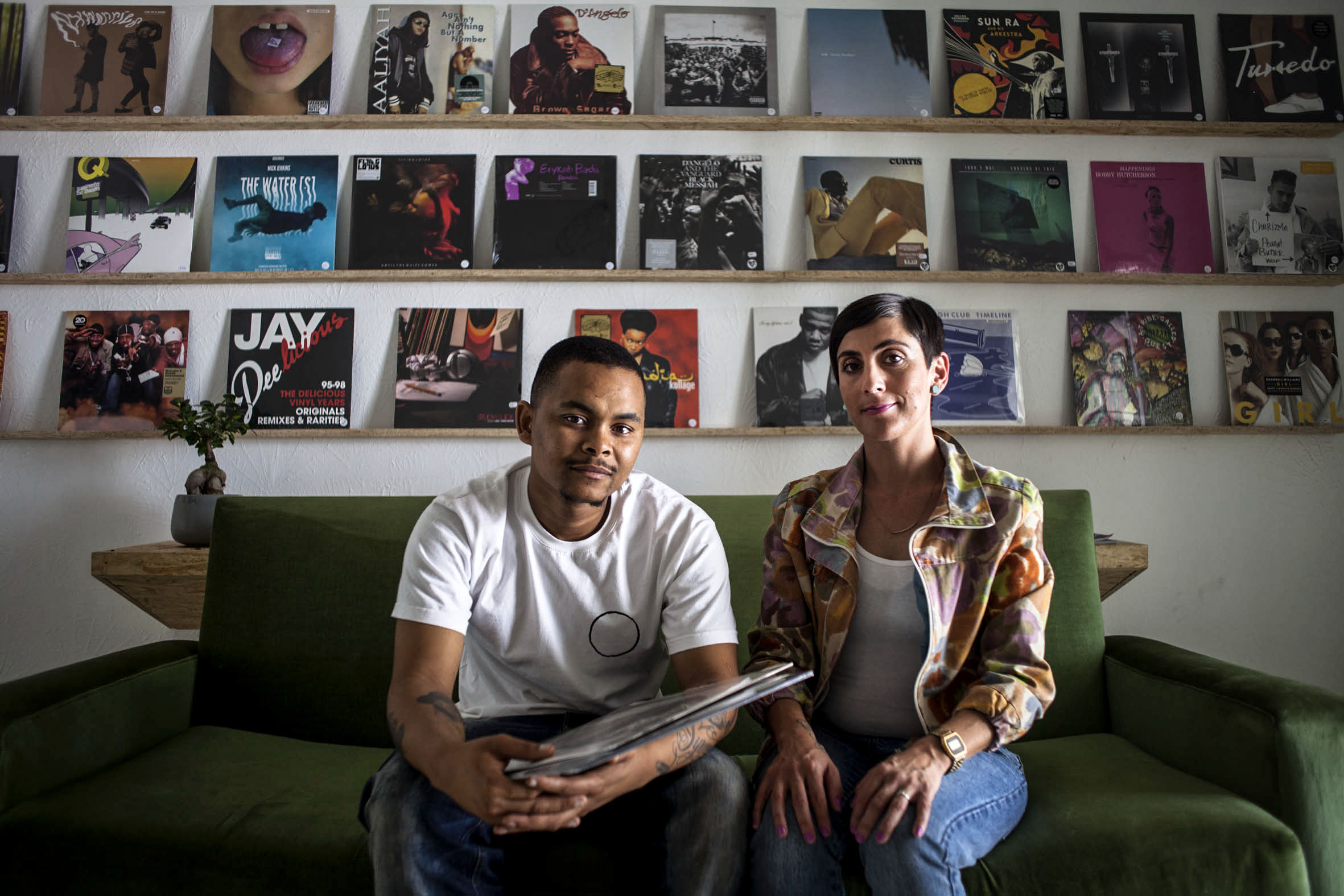 Soul ties: Sims Phakisi and Dominique Soma of WeHeartBeat have worked with Rams and put together the compilation project Beats Lab Vol 1, on which he features. (Oupa Nkosi/ M&G)

Of it’s lyrical significance, Rams says: “I was in a weird position in my life in terms of being a young person really chasing this music dream that he has always had. It was really believing in myself more and understanding that the struggle doesn’t really begin with me. It was more a message to myself and also for anyone listening to my music to understand that they can do it too.”

The song is soon to be released as the launch single for Beats Lab vol.1, which is a compilation featuring the best of the Beats Lab sessions that have taken place in Johannesburg over the last two years.

For Rams, the track thrusts him in the international spotlight (Mndsgn releases music with the world-renown, California-based Stones Throw label) and represents an improvement on the version he presented with Tsukudu.

“I didn’t like what I [initially] did on it,” he says. “I felt like I could do more with it in terms of what the lyrical content was and how much it meant to me.”

Lyrical content is something Rams takes seriously, although one can detect a playfulness in his style that might have its roots in his erstwhile incarnation as a trap artist, a mode he turned his back on for fear of being “caught in the lights”.

In high school, Rams ran with a group of mates who threw trap parties in Johannesburg. Rams also participated in the scene as a performing artist, building a cult following from the music he put out on Soundcloud.

They threw a few in Constitution Hill, even shut down Juta Street before the group disintegrated. “It was a fun time but my taste for music was becoming just a little bit more intricate,” he says. “So I took a step back. I was listening to the stuff and I could tell that my soul wasn’t there. I had the skill to make music, so I could put out a decent record but my soul just wasn’t connecting with it. So I took everything down. I made a conscious decision to start over and I got a lot of flak for it. People still ask me today to reupload those tracks.

“I don’t feel like I was putting out a good message as a person. I was swearing a lot and now I try my hardest not to swear so everyone can listen to it.”

A recent release, Chances (I’m In), indicates just how much Rams was willing to reconfigure the boundaries to his music. Over what sounds like sparse kwaito chopped and reassembled beyond recognition, Rams becomes infatuated and then bitten by a lovebug, only he can’t seem to know for sure, or know when to let go of the chase. The atmosphere of the track gives you the sense that this is a drunken crush running away with his senses in real time, on the dancefloor.

“I did that with Muzi,” he says, revealing the song’s producer. “I actually can’t remember how I met Muzi, but we just kicked it off and I went to his studio in Maboneng. He played me a couple of things. I think he was rushing. I was, like, ‘play me the ones that you don’t really like or the ones that you’re not really sure about’ and he played me that record.”

Rams confesses to being intoxicated by the beat’s vibe. “I didn’t change a single thing about that beat. That beat was just perfect from the top. By the second chorus in the beat, I had the whole chorus in the studio just sitting there … It just rolled off the tongue. Kushelel’ ulimi.”

At about the same time Rams met up with Mndsgn and participated in the Beats Lab session in 2017, he was also connecting with members of a group going as the Charles Géne Suite. Linking up with Illa-N, one of the members, through Sims Phakisi, Rams remembers being reserved and a little bit uncomfortable at the initial sessions.

“I just sat back while they were producing a track,” he says.

On stage, as at a recent So Far Sounds gig, Rams says his mates give him a sense of “comfort, creative freedom and a chance to be better, to see what we can do with this music thing”.

With new worlds on his horizon, one wonders whether Rams’s feet may ever hit the ground again. If they do, he assures me it will be from the other end of the globe.

“Mndsgn’s put me on to Stones Throw. Let’s talk about it,” he says with a triumphant smile. “l feel like my music is more on the alternative side, so South Africa would not be my first go-to. But I also do need home ground advantage. I really do need to get into the European market. Kind of get it overseas and ship it back home.”

In the company of Muzi, Mndsgn and WeHeartBeat, Rams might not have to figure the fine print out all by himself.