Aston Villa’s presence in this season’s Premier League is a nasty reminder of their downfall three years ago. Perpetually clinging to safety every June, the hull could hold no longer and collapsed in on itself and into the championship.

It was the first time the Villans had been ejected from the Premier League since they had helped establish it in 1992. For so long they and the six other founders — Arsenal, Chelsea, Everton, Tottenham Hotspur, Manchester United and Liverpool — had stood secure as the only consistent presence year in, year out.

What’s really stopping the rest from following suit? Sure, relegation seems far-fetched right now, but a slow, grinding decline? That would hardly be the weirdest thing we’ve seen in a decade that has included a Leicester City coronation.

Of these illustrious names, only Liverpool can honestly expect to challenge Manchester City for pole position. For the rest, it’s a game of catch-up or be left behind.

Arsenal, for so long tipped to be the team that first plunges out of the upper echelon, head into this weekend’s opener with a jumpy, tempered eagerness. 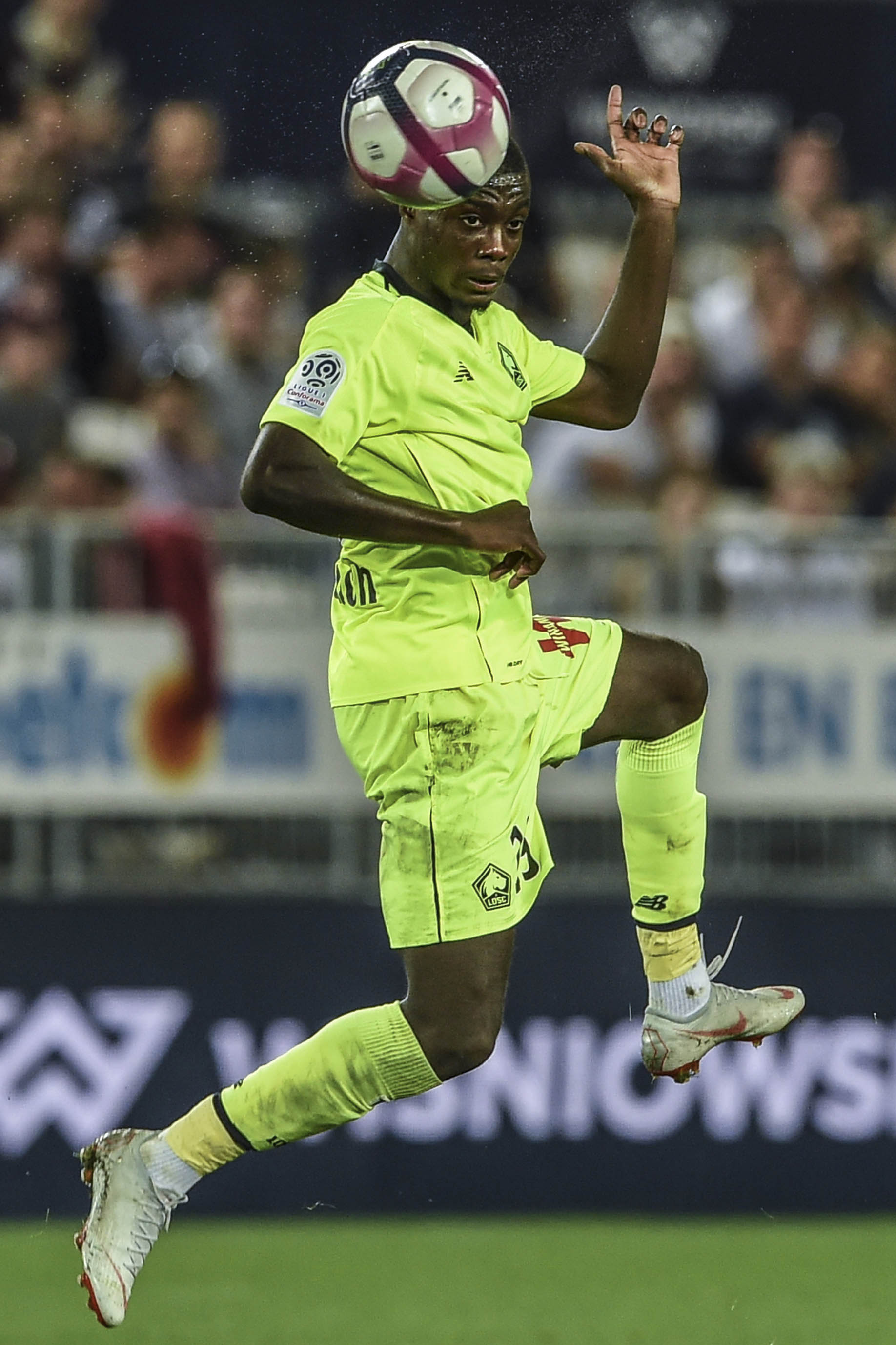 Coach Unai Emery has had a full term to assess the defective squad he inherited from Arsène Wenger and now has no excuse should he fail to muster a proper top-four fight. He has the £72-million-rated Nicolas Pépé and Dani Ceballos to help him. The Gunners can only hope it will be enough, but faith is at a premium with Shkodran Mustafi and wantaway Laurent Koscielny still driving the clown car that passes as the defence.

Their once-great rivals, Manchester United, are in a similarly shaky boat. It was at least made slightly sturdier with the completion of the Harry Maguire deal this week. He joins a backline already reinforced by Aaron Wan-Bissaka, while winger Daniel James arrived early as a hopeful addition from Swansea. Again, a definite improvement, but not enough to chase City. There’s also that enormous Romelu Lukaku problem hanging about. 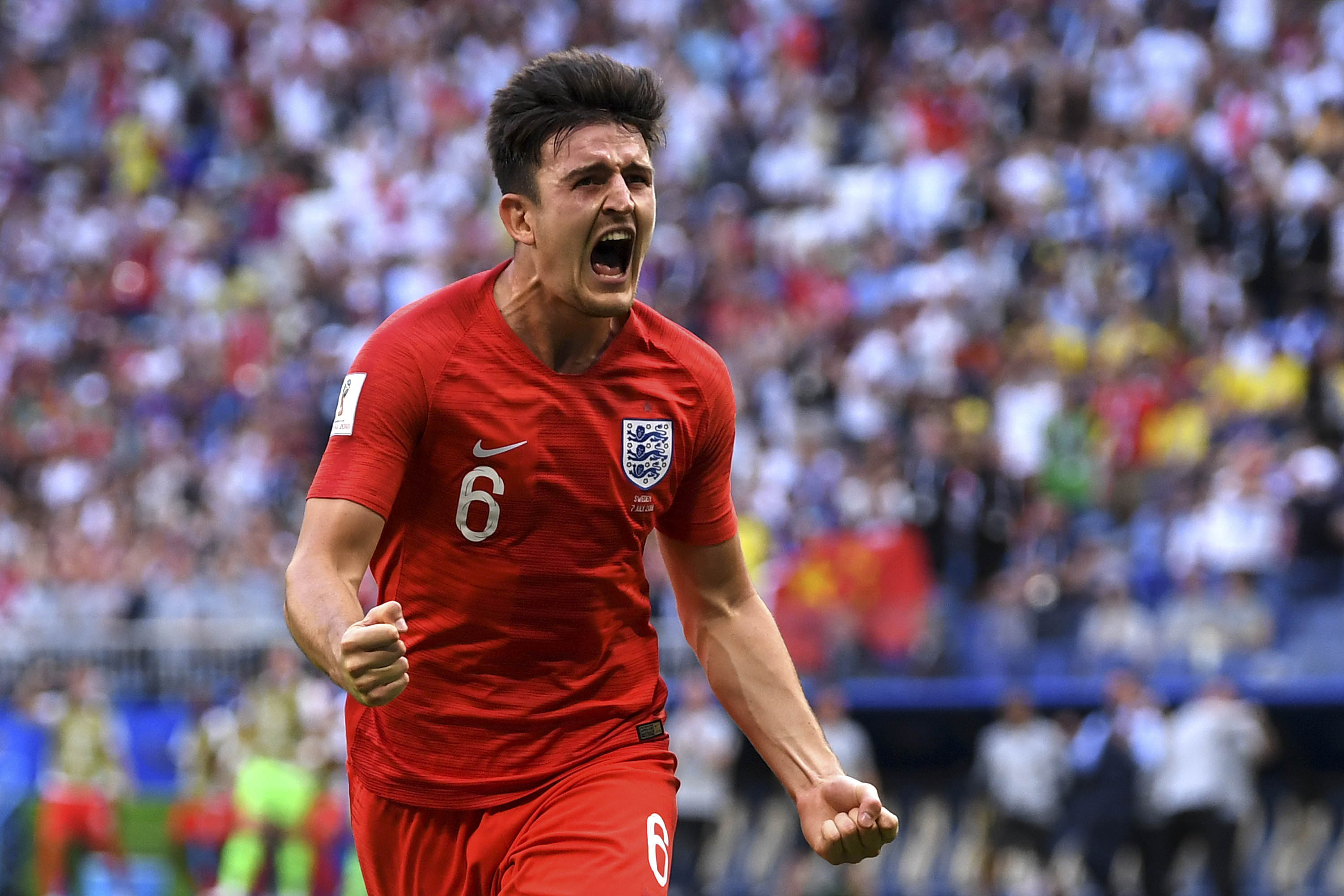 Harry Maguire celebrates after scoring for England during the 2018 World Cup quarterfinal against Sweden. He has moved from Leicester City to Manchester United. (Matthias Hangst/Getty Images)

Tottenham Hotspur likewise have signed the exciting Tanguy Ndombélé — but nobody else. The club is desperate to prove to themselves that they haven’t reached their ceiling, but it’s hard to see where those extra few metres are going to come from.

Chelsea can’t sign anyone at all because of a transfer ban, so they have no choice but to rely on a few youngsters to supplement the January purchase, Christian Pulisic. It could be a long year for new coach Frank Lampard should they not gel.

These are tough times for all these sides, a reality exacerbated by the fact that there’s no shortage of would-be successors for their top-six positions.

The fall and rise

Aston Villa are a club that are desperate to get into the top six.

“Our goal is, that when we arrive in the Premier League, we are ready … not just making up the numbers,” chief executive Christian Purslow recently said. “There’s no interest in flirting with the catastrophe of relegation that the club has had to live with for the last three years, so we need to make really good decisions and add players who really improve us.”

This rhetoric has become increasingly po-pular. Villa’s relegation was a clear sign that just hanging around is no longer going to cut it — even if they have a strong pedigree at their rear. To survive they need vision and a long-term plan that will get both players and fans behind them.

To that end, no less than 12 new players have been recruited at a cost of more than £100-million. There are a few eye-catching scores: Brazilian centre-forward and record signing Wesley Moraes is a proven goal-scorer fresh out of the Belgian Pro League. Trézéguet — Mohamed Salah’s sidekick in the Egypt national team — has the potential to regularly quicken the pulse, while Spaniard Jota could theoretically do the same on the other wing. Tyrone Mings and Tom Heaton are proven Premier League quality, and centre-back Ezri Konsa is tipped to become a full England international soon.

Such prolific spending has seen easy comparisons to Fulham made, and avoiding a similar top-flight death is the primary mission. Whether they can grow into a team worthy of challenging the likes of Chelsea and Arsenal down the line is a bonus objective.

Two sides present more of an immediate danger: Everton and Wolves. Having booked a Champions League spot in 2005, Everton were the original disrupters after abstract terms such as “top four” and “top six” began to be thrown around. Once more, the Toffees have primed themselves to push their fellow founders out of the way.

Idrissa Gueye’s departure to Paris St-Germain is a huge loss, but the club still exit the window looking stronger than they have in years. Jean-Philippe Gbamin is a physical presence that should fill the gap in midfield, while the returning André Gomes will support him further upfield.

Moise Kean, on loan from Juventus, is the real coup, and will be an intriguing watch in the league. Fabian Delph should also get to actually play football again and will probably prove a useful addition thanks to his ability to play in the centre of the park and out wide.

Having already improved significantly last season with Lucas Digne, Richarlison and Bernard, it’s fair to say they’re not here to “make up the numbers”.

Much like Wolves.Nuno Espírito Santo’s shrewd Iberian dealing has been well documented. His team has rarely looked out of place in the top flight, ultimately securing a comfortable seventh place finish at the first time of asking.

Retaining Raúl Jiménez on a permanent transfer was the first step to possibly going one better. He’s joined up front by Patrick Cutrone, a regular for AC Milan in Serie A last season. Wolves’s ambition has also persuaded Real Madrid to send over their touted centre-back, Jesús Vallejo, on loan.

Young prospects Pedro Neto and Bruno Jordão, arriving from Lazio this week, only underline Nuno’s long term commitment to the project (one that now has more Portuguese than Englishmen in it).

If signings signal intent, then the message is clear: slip off the upper podium and you might not find it so easy to climb back up. What we are witnessing is the evolution of an even more ruthless and unforgiving league. Three years ago, Chelsea finished 10th — a season later they ended as champions. This time, any drop out of the top quintile might just be a permanent one.