But the numbers are still damning — 892 rhinos were poached in South Africa in 2018.

The main threat to species is habitat loss because of human encroachment and activities.

The Big Five in are in trouble. Although the numbers are nowhere near those of rhino, elephants are poached for ivory. There are only about 2 000 lions in South Africa and the leopard population has decreased by two-thirds in the last decade. Buffalo seems to be of least concern. This is despite these iconic species getting funding, attention and interventions.

Conservationists are worried about all the other animals that are endangered, aren’t on our bank notes and don’t get as much attention. These species, despite being a few steps away from extinction, are not the focus of research.

The Forgotten Five is a term coined by Maria Diekmann, the founder of Namibia’s Rare & Endangered Species Trust (REST), to bring attention to some of the “forgotten” species. “You focus so much on one species that you tend to forget there’s just an amazing amount of other species out there.”

Her Forgotten Five (plus one) are the Cape griffon vulture, Temminck’s pangolin, the Damara dik-dik, Anchieta’s dwarf python and the spotted rubber frog.

In 2000, when Diekmann started researching and rescuing the species, it was thought that there were only 12 Cape vultures left in Namibia.

Poisoning by farmers was one of the causes of their decline. Diekmann’s organisation worked with them to identify the correct predators and to stop using poison. The population was slowly built up. But, in 2013, when the last count was done, there were eight vultures, of which only two are females. This time the cause was poisoning by rhino and elephant poachers, who removed the horn and tusks and then baited the carcasses to kill vulture for the traditional medicine trade.

Diekmann’s other flagship species, the pangolin, is the world’s most trafficked animal, according to the international Wildlife Trade Monitoring Network. This scaled mammal is being taken out of the wild at a rate of one every five minutes.

In the East their meat is a delicacy and their scales are used for traditional medicine. Advocacy group Annamiticus said in 2013 that 10 000 pangolins were being trafficked each year, while 18 670 tonnes of pangolin scales were trafficked in 2016. 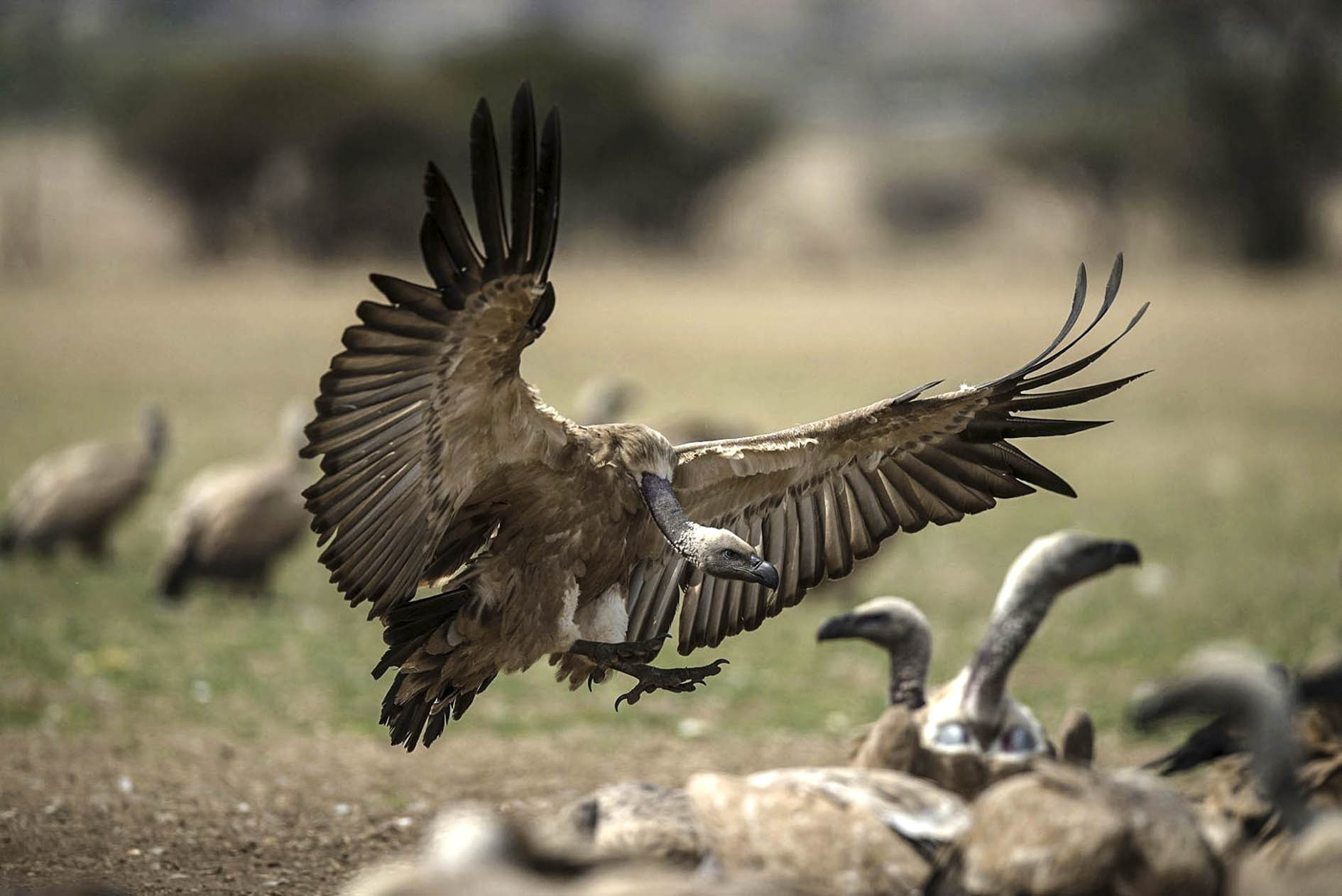 Diekmann has dedicated the past few years to understanding and saving this animal. “How to rehabilitate them is very difficult and that’s why there are only three of us in the whole world who managed with Cape [Temminck’s] pangolins.”

The South African National Biodiversity Institute said all four species of pangolin found in Africa are vulnerable, because of trafficking.

The institute found that one of the markets for pangolin is Zimbabwe, where it is given to people in power to curry favour. In parts of East Africa, the pangolin is burned in fires to keep lions away.

Diekmann said that in Namibia, the Herero have the same beliefs and traditions, but her organisation and others have a solution to prevent the animal being killed.

“We have the chiefs come out to see the pangolins [at REST]. If the animals are open to it, we then to let them hold the pangolin and take a picture with it. That picture actually in their belief holds more power than the meat.

“They then go back to their communities then and say ‘This picture is protecting our community, so don’t bring me pangolin’. So it’s a way of keeping tradition and not breaking down traditions, but sort of readjusting them so that everyone may live in harmony.”

Although pangolins are now Diekmann’s main subject of focus, the three remaining candidates of the Forgotten Five are on the cusp of becoming endangered.

The Damara dik-dik, which occurs in central and northwestern Namibia and southwestern Angola, is rare. The tiny buck has some unusual features such as it is monogamous and uses its tears to mark their territories.

Number four of the forgotten is Anchieta’s dwarf python, which is only found in a belt from southern Angola to just below Windhoek. It is of “least concern” on the IUCN Red List of threatened species.

But researchers say it could be in the same position that the pangolin was five years ago: on the verge of mass poaching. The python is used for traditional medicine.

The fifth species on Diekmann’s list is the spotted rubber frog, which is found in northeastern Namibia and eastern Angola, western Zambia, and southern Democratic Republic of Congo. But not much research has been conducted on it — that’s how easily a species is forgotten.

Her “plus one” species is the African wild dog, the population of which dips each day. Information from the Hoedspruit Endangered Species Centre shows that it has been eliminated from 25 of the 39 countries it was found in. The centre says humans are responsible for 50% of recorded adult mortality of the wild dog. There are only about 520 left in South Africa. 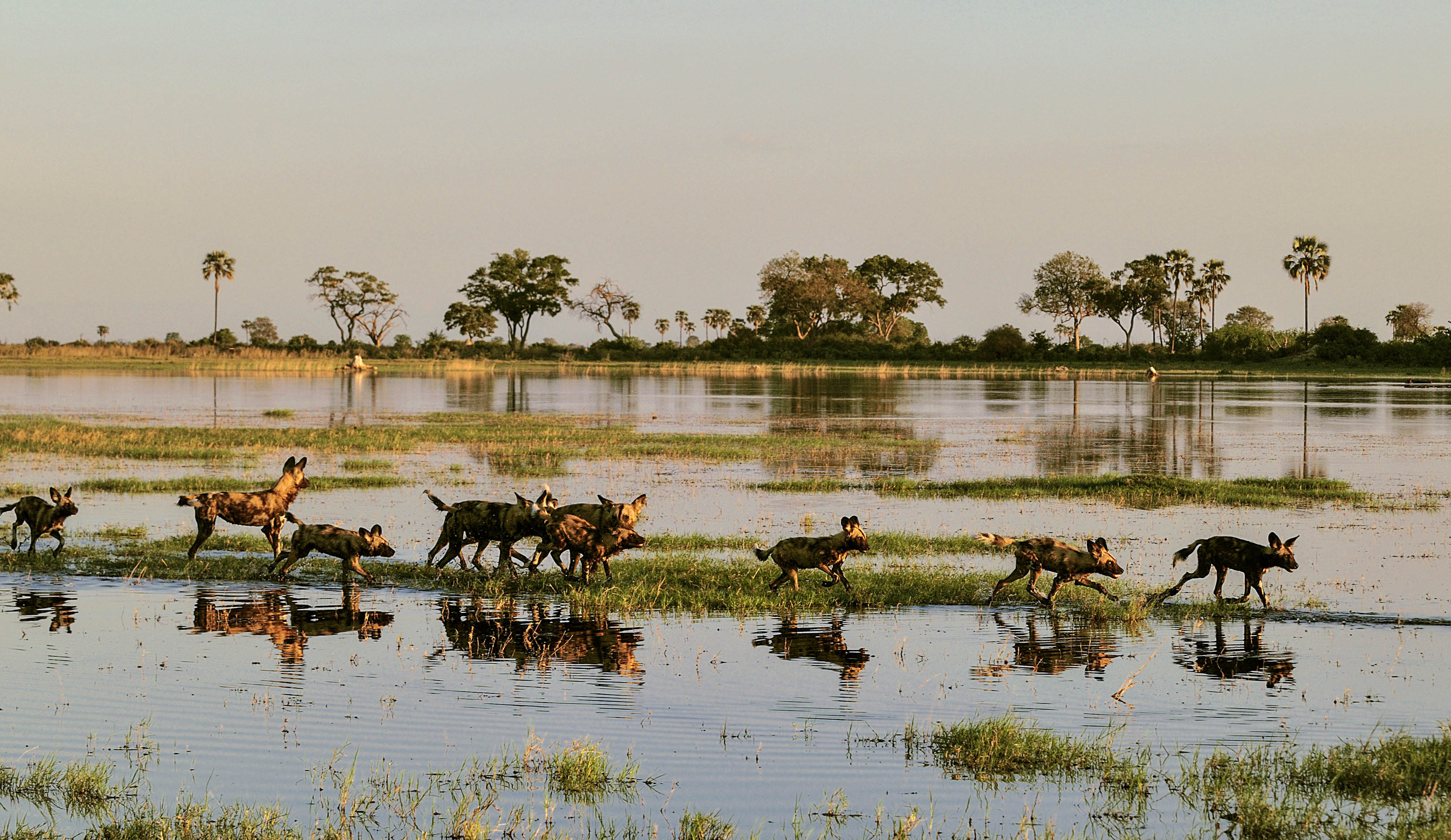 African wild dogs are the most threatened carnivore, largely because of human activities. (Michel Bureau/Biosphoto)

The future of the Forgotten Five and other species does not look healthy. The world is going through its sixth mass extinction, in large part because of human expansion into species’ habitats.

Despite this, Diekmann said she hasn’t lost hope. “You have to be positive when a lot of things come to you negatively. And you have to be realistic, but you have to also have faith in what you are doing makes a difference.”