Where are Eastern Cape’s black entrepreneurs?

One would think the Eastern Cape would be an easy sell to tourists. Its landscape varies from the Drankensberg and Great Karoo to grasslands, indigenous forests and 800km of coastline, including the Wild Coast. In addition to the Big Five and birding, other sightings are historical, a number of them linked to the devastating 100 year war and the province being Nelson Mandela’s place of birth.

A Proudly South African-sponsored two-day excursion should have been easy to deliver on the trip’s main objectives — except they seemed to pull against each other. One aim was to showcase the province’s tourism value and the other was to punt job creation initiatives attached to Proudly South African’s “buying local”.

To this end, we visited two principle sites; one an oyster farm belonging to the Knysna Oyster Company (based in Port Elizabeth since 1998) and the a soft drinks manufacturer, Twizza, originating in Queenstown.

After a roughly 90-minute flight from Johannesburg to Port Elizabeth, we land in clear skies and temperate springtime heat. From the airport, we go on an introductory tour through Port Elizabeth’s city centre, passing its municipal building (our tour guide notes the old South Africa coat of arms adorning an entrance). We hop off outside the King Edward Hotel (apparently hollow and looted inside in contrast to its impressive Art Nouveau facade) and stroll through the Donkin Reserve. The party takes pictures of The Pyramid — built by the settler governor Rufane Donkin in memory of his wife Elizabeth (after whom the city was names) — and its mosaic-decorated forecourt and metal artwork dating from 2010 for the Fifa World Cup. 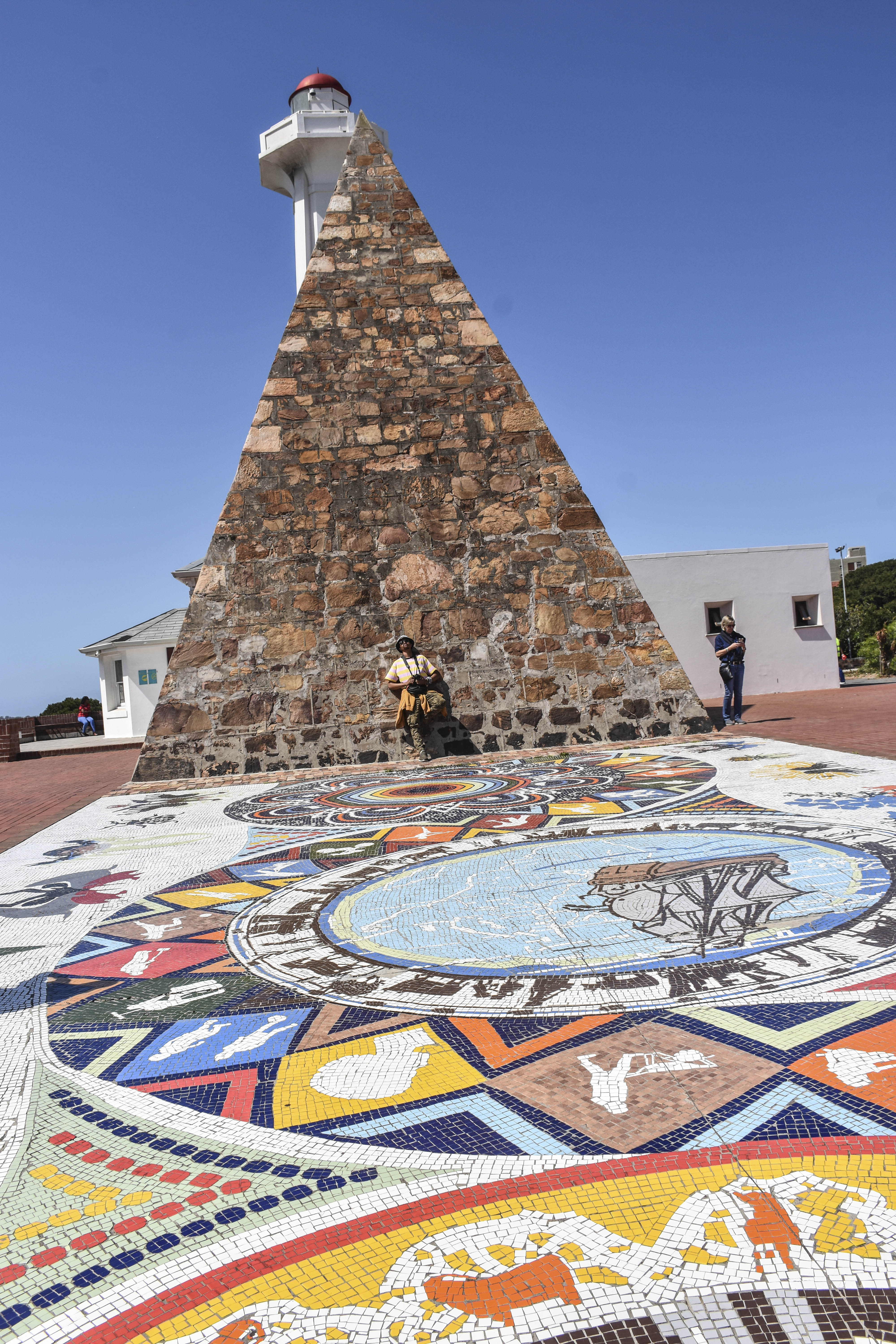 On our way to the upmarket suburb of Summerstrand, our guide, Mark Heck, points to Fort Frederick as the “first structure built in Port Elizabeth”. (It was built in 1799 to ward off a potential attack by the French during the Napoloeonic wars.) I think about the retelling of history, and how it is always coloured by the biases of the teller.

At a parking lot next to the Summerstrand Surf Life Saving Club, a man named Tatenda gives us a beginner’s course on segways before taking us along the promenade and back. Faced with the probability of falling, the vulnerability becomes a vehicle for the group to bond.

After lunch, at the docks of the Nelson Mandela Bay Yatch Club, we meet people from the Knysna Oyster Company who talk about their business which has existed in Algoa Bay since 1998. Their Knysna operations ceased in 2009 after their operating area was turned into a national park. Algoa Bay seems to favour them. They haul in more than 140 tonnes annually, enabling them to employ 25 full-time employees and 16 casual workers. Their have plans to build an in-house processing facility, which will bring in another 10 to 15 jobs.

Theirs is a business dependant on a clean ocean, because their product is routinely checked for microbes and biotoxins. “That’s been one of our biggest projects of the last five years,” says Simon Burton, “pushing the municipality to up its water standards.”

Both an export and local business, the company’s local season picks up in October and goes through to March, while the export season is the inverse.

On the small boats, where oysters and wine are served, we learn about harvesting techniques and how oysters clean the water by filtering it through their gills to feed on phytoplankton, making them a highly sustainable product.

In all the afternoon seaside fun of white wine and oysters dribbled with lemon and Tabasco, the implicit message is that the face of long-term job creation is white and male.

This tenor hardly changes the following day when we visit the Twizza manufacturing plant in Queenstown, four hours away. The plant is one of three in the country (the others are in Bellville, Cape Town, and Middleburg, Mpumalanga).

Employing more than 1 000 people combined, the Twizza and Crickley were founded by Ken Clark, who this year handed over the day to day operations to his son Lisle. 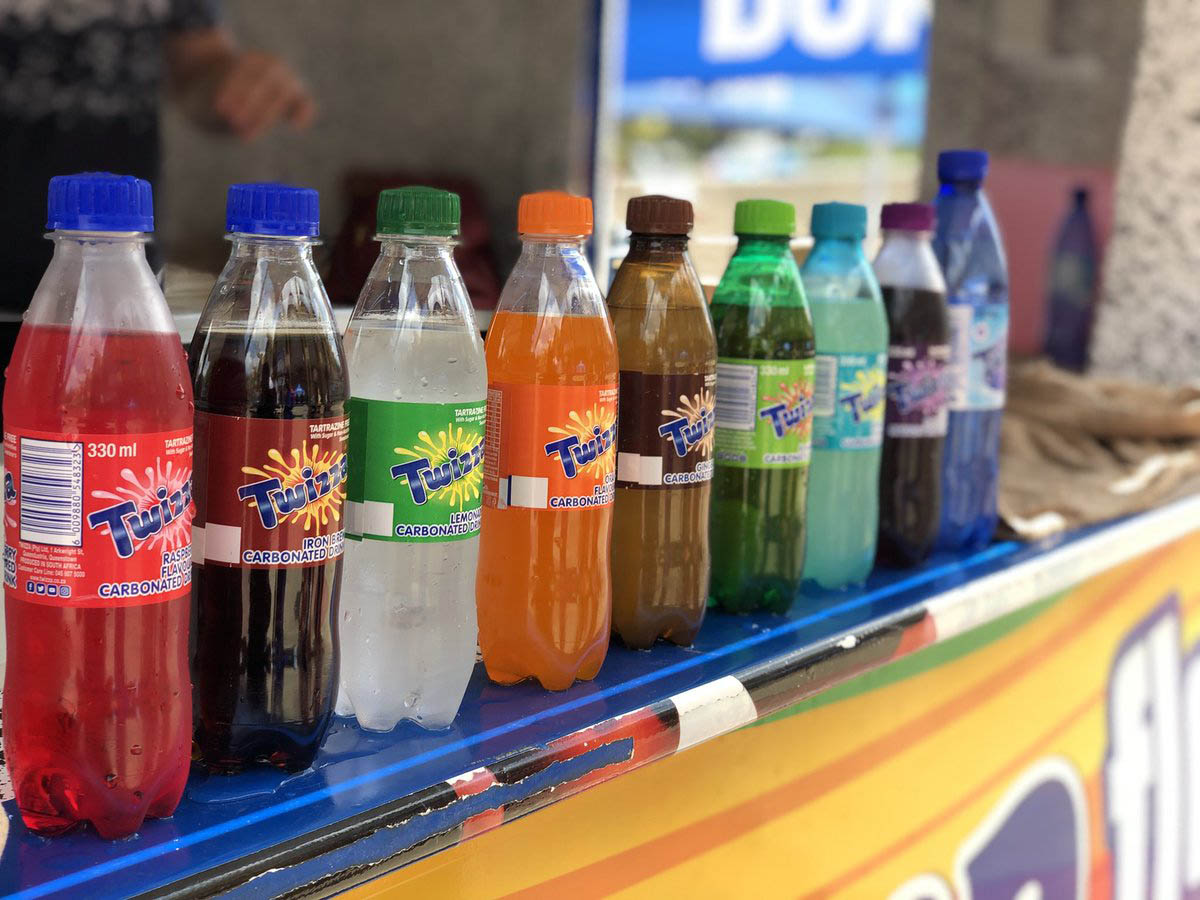 Founder of Twizza and Crickley has handed the daily operations of the companies to his son, Lisle. (Supplied)

As our hosts, chief executive Nico de Jager and brand manager Nicole Tennent are affable, giving us a window into just how mechanised and challenging the soft drink manufacturing process is, and how health and safety standards are paramount in the manufacturing of dairy products. But the tour of the premises re-emphasises the previous afternoon’s experience. It is, ultimately, the story of Clark’s ascendancy and how scarcity of water in Queenstown affects the company’s productivity.

The Eastern Cape of my imagination dissipates on the drive to Blue Lagoon in East London’s Beacon Bay.

With the Buffalo City metropolitan municipality known as a hub of the black middle class, I wonder about their stories of success. The inclusion of black entrepreneurs seems like an obvious box Proudly South African should have ticked. The trade off, in the name of job creation, seems one dimensional if one considers the province’s history of dispossession, with its markers like Sir Rufane Donkin’s pyramid and Fort Frederick, seemingly omnipresent.