A space to grow for Westbury youth

Dick Solomons can’t sit still — every now and then he has to stop himself from swivelling a full 360° in his office chair as he talks.

“My relationship with computers started way, way, way back,” Solomons, who has been teaching computer skills at the Westbury Youth Centre for almost five years, says eagerly.

On Friday morning, the usually packed computer room at the centre has been hollowed out. The sounds of the sports day at the nearby primary school float through the centre’s empty halls, puncturing the balmy silence.

“When I was twelve, our neighbour used to fix TVs, computers, radios, all those things. I was just going next door every day. Playing around and stuff. And we started fixing computers, looking for different parts. We’d first break them and then fix them — that’s just what we did,” he says.

Solomons says he chose to teach at the centre because: “This is where I am from.” 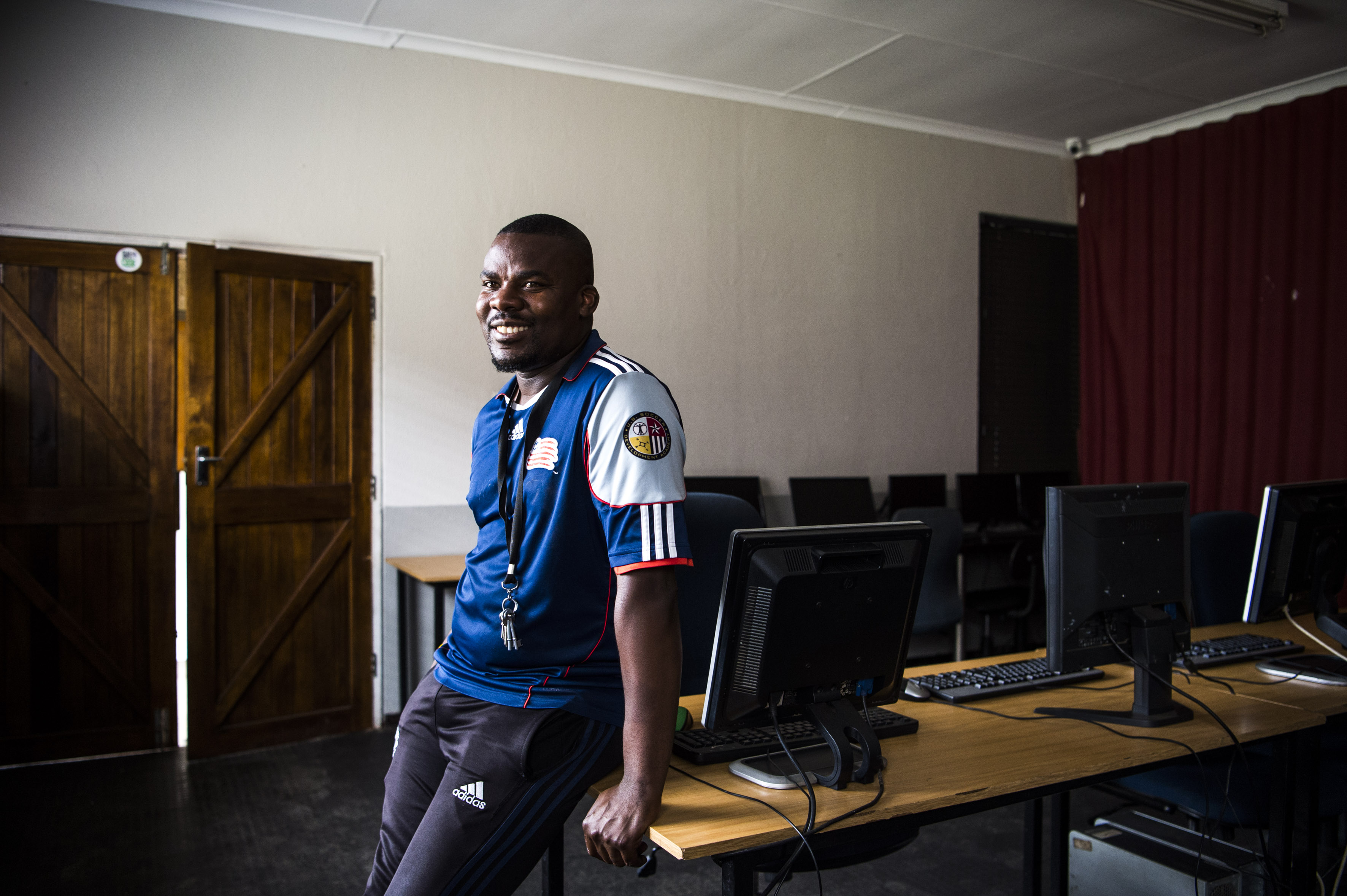 Last year, Westbury, on the edge of Sophiatown in Johannesburg, made headlines when the shooting of local mother Heather Peterson sparked a week-long shutdown. Weary residents took to the streets to protest against gang-related violence, which has plagued the suburb for years. Special police units were dispatched to tackle the violence, with residents saying things have improved, for now. But they are waiting for the next outbreak.

Amid the fits of violence, the Westbury Youth Centre, founded in 2012, has offered many in the community some respite.

The centre is situated on the abandoned bottom floor of the old boys section of the Westbury Secondary School hostel. It aims to equip young people with a range of skills — including photography, music production, baking, IT, theatre and gardening — in the hopes of tackling rampant unemployment in the area.

“There is much more to Westbury than violence,” Solomons says, leaning forward.

“There is so many good things in this place that will never be recorded … Us, our stories have never been told … People just run here as soon as somebody has been shot. That is the story they want to tell.”

Solomons says positive spaces such as the youth centre are important because they help people “grow”. “I might not have a job for you, but I can help develop you. I can help encourage you to think outside of the box. So that you don’t become just another number,” he says.

According to the 2011 census, only 46% of residents from Westbury and its surrounding areas, including Coronationville, Westdene and Brixton, were employed, slightly lower than the average percentage of employed Gauteng residents, which at the time was 50%.

But locals say the country’s deepening unemployment crisis — the most recent statistics say 40.4% of young people are unemployed — has hit Westbury hard, a fact that they say has contributed to the bouts of crime in the area.

According to police crime statistics, the Sophiatown policing precinct, in which Westbury falls, dealt with 5 389 reported crimes in 2018-2019. That is 1 828 more crimes than were reported to nearby Brixton police station.

Robbery with aggravating circumstances, home burglary, common assault and assault with the intent to inflict grievous bodily harm were the most prevalent reported crimes in Westbury.

Venita Koopman says her work at the centre is aimed at showing young people that there is “still good in this world”.

As the centre’s advice and referral officer, Koopman is often the first person people meet when they’re seeking help. In the corner of her office is a table covered with pamphlets that provide information about drug abuse, safe sex and mental health.

“Different people get to come into my office. Sometimes it’s just young people who just need to vent. Or they just want me to sit and listen to their story,” Koopman says. Her gold bracelets rattle when she speaks.

The 28-year-old relates to the young people who visit her in her office, because she was once in their position — struggling to find her place in the world and eventually turning to the centre for help. “It helped me. And if it helped me, why would I not want to give that back?” Koopman says, leaning back on the plush purple couch in her office.

When Koopman first came to the centre, she had trouble reading and writing. “There was just a lot going on,” she says.

“And then I came here and I did the computer class and we wrote a test. And I said to myself: ‘How am I going to do this?’ And when I was done writing the test, the facilitator came back to me and he said, ‘You passed.’ I said: ‘What do you mean I passed? Are you kidding me? No, do it over.’ And he marked it again, like three or four times,” Koopman recalls. 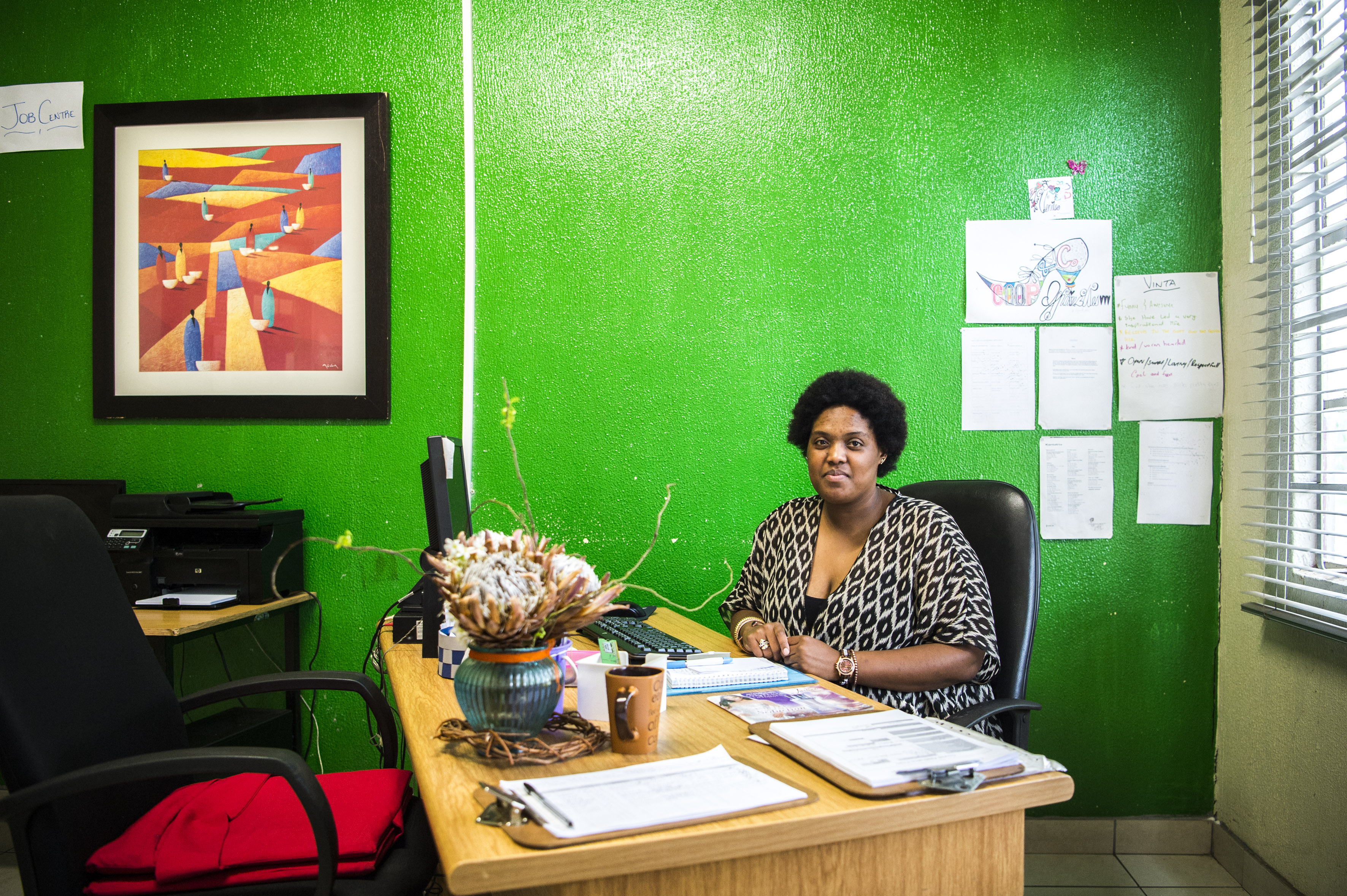 Venita Koopman, the advice and referral officer. She was once helped by the centre herself, and is now intent on giving back. (Delwyn Verasamy/M&G)

“He said: ‘But you passed. I don’t know why you want me to do it over.’ And I said: ‘It’s because I don’t believe it.’ And so many come to the centre and they don’t know how to read and write … So now I get to help them.”

But Koopman admits the work can be tough, saying there have been plenty of moments that have shaken her. “I remember one young girl walked into my office and she said: ‘I need help. Because I am being abused, I am being raped. And I don’t know what to do’”.

“When you look at a young person that feels that way, you’re taken aback. This is happening under our noses.”

Martin Bouwers — who teaches photography, videography, creative writing and baking — says hearing what members of the community are going through can become too much for him.

Sitting in the centre’s photography studio, its imposing black-painted walls threatening to swallow him whole, Bouwers says that at the beginning of the year he had to take a step back “to fill my cup”.

He buries his face in his hands as he recounts the toll his work at the centre took on his mental health, a state that had repercussions at home.

Bouwers was born in Westbury, but left when he was five when his family home burned down. He returned in 2014 after spending two years in prison. 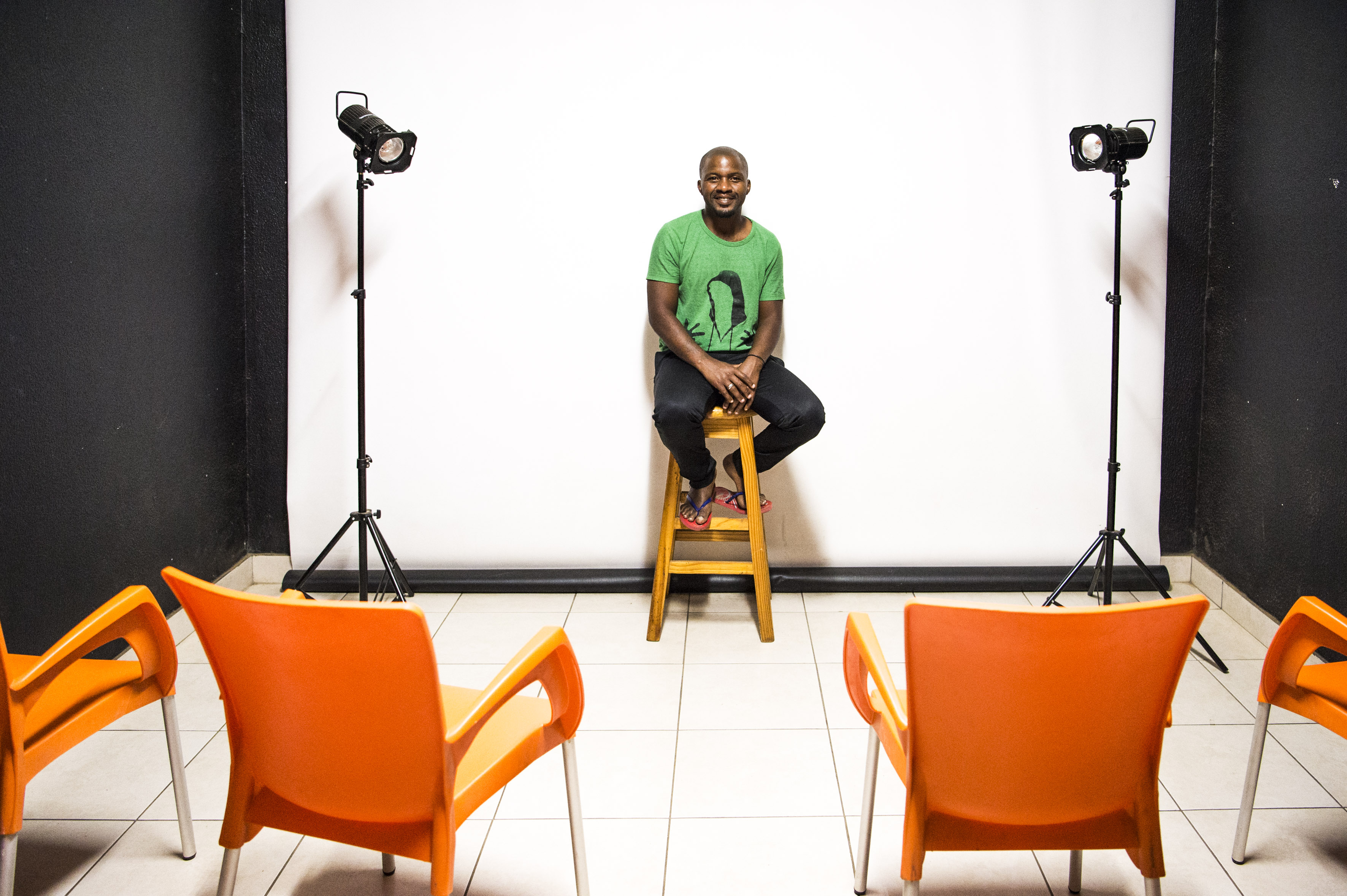 He has only vague memories of the Westbury of his childhood. But he heard plenty of grim stories about the suburb when he was away.

“Coming back to Westbury now, I got the shock of my life. Because I heard all these things. But then there are people here. You know, I think the story was never told properly … I think the people are the most important. And that is what we should be focusing on,” he says.

Bouwers cherishes the connections he has made with the people who come through the centre.

“Because I have known some of them for a long time, you know. And they are different when they come here,” he says.

“It’s not because of me. It’s just because of the space that allows us to say: ‘Just be you.’ And for me that’s magic.”