A final is how legends are born

Os du Randt will be inducted into the World Rugby Hall of Fame on Sunday night. Unable to make the ceremony in Tokyo himself, his former captain, John Smit, will symbolically receive the honour on his behalf.

Of course, before we get to that there will be the small matter of crowning a new world champion in Yokohama.

Both Du Randt and Smit were on the frontline when Saturday’s enemies last met in a final in 2007. The domineering pack they headed was instrumental in winning the penalties that Percy Montgomery immaculately slotted that day. François Steyn — the sole survivor of that 23-man squad — was the only other Bok to get any other points on the board.

All indications point to a similarly tight wrangle taking place this weekend. It likely won’t be pretty, and it certainly won’t be easy, but on the line is a guaranteed place in history.

With the induction of Richie McCaw this weekend, every World Cup-winning captain has now been inducted into the Hall of Fame.

Should Siya Kolisi lift the Webb Ellis Trophy, the odds are that he would follow at some time in the future and become the second black South African on the list (after Nelson Mandela).

“The more players we can get recognised at an international level, the better the Springboks will become,” du Randt says.

When Du Randt has his name called, he will take his place alongside Smit and coach Jake White from that victorious 2007 side. Others, such as Bryan Habana and Victor Matfield, have earned their status as inalienable South African legends at the very least.

Should the current crop follow in their footsteps, Japan 2019 may well become an integral chapter in the story of rugby in our country. In order to make history, however, we will first have to break it.

“Hopefully the Springboks can turn history around and be the first team to win a World Cup after losing a pool game,” Du Randt continues.

“England were really good against New Zealand so you might expect them to try and run the ball or play an expansive game. But, still, it is a final so they will take the points that are up for grabs.”

Just how far each side will deviate from — or be forced to alter — their usual gameplan is the pivotal question that may resolve this game.

In the case of the Springboks, we know what the norm is: bully the opposition into resignation. Japan couldn’t fathom an answer and even a team as robust as Wales eventually buckled under the pressure.

Unlike the 2007 final, in which White used only one permanent substitute, we know that Rassie Erasmus rotates his entire pack to ensure maximum efficacy. The English attack may look more fluid, but they are yet to face that prospect.

“I truly believe that for the first time in this tournament, England is going to be challenged in the fact that in our defensive structure we can create doubt in the English attack,” says Hugo van As, currently the coach of Wits University’s varsity rugby side.

“I would believe that South Africa would back themselves to prevent England from playing those seven, eight, nine, 10 phases. Either by slowing it down or creating havoc at the break downs,” he says.

“Our strength is in the fact that every ruck and every breakdown has been a mess for the opposition. If South Africa can succeed in doing that it will make their attack so much harder.” 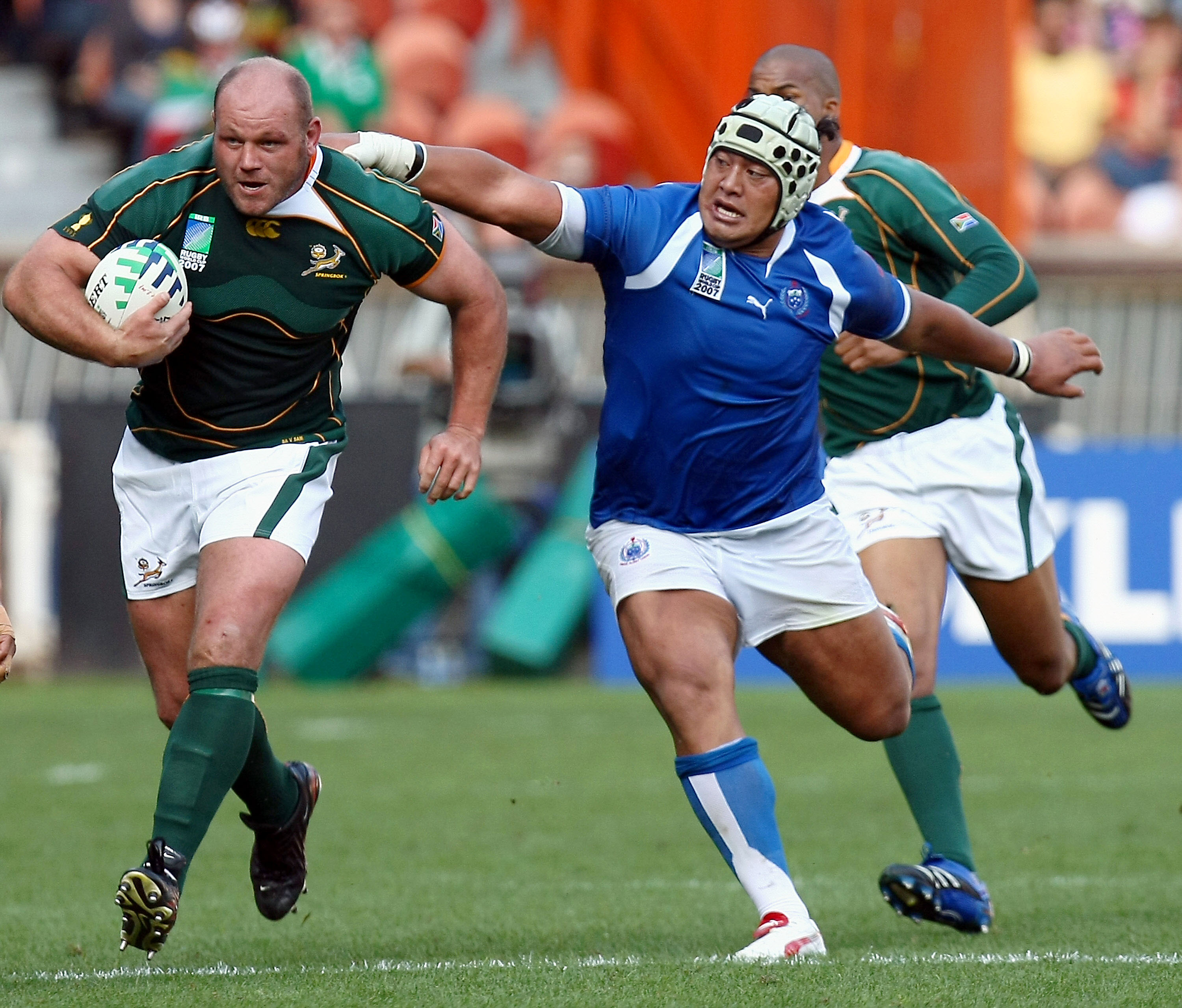 England, however, are no Wales or Japan. Their young forwards are some of the hungriest in world rugby and give no quarter without heavy payment first. The All Blacks will likely have nightmares for weeks to come of Maro Itoje maniacally flinging himself over bodies at the breakdown and onto the ball.

Winning this game will undoubtedly require more than brute force. It’s late in the tournament, but that might just up the efficacy of any tweaks to the approach.

“It will be interesting to see if they can take it a little bit wider and maybe use those opportunities a bit more,” Van As says. “I think they maybe could surprise and take one or two more balls earlier to the edges.”

The success or failure in asserting the South African gameplan will determine the legacy of many in the camp. The brutal reality is no one remembers nearly-men. Du Randt is in the Hall of Fame because he reached the pinnacle of the sport —twice.

Incidentally, it was Erasmus, then Free State Cheetahs boss, who brought him back into contention for the second time as a veteran. Now, once again, it will be his voice that guides any willing and able Springboks into the history books.

Proteas have much to prove