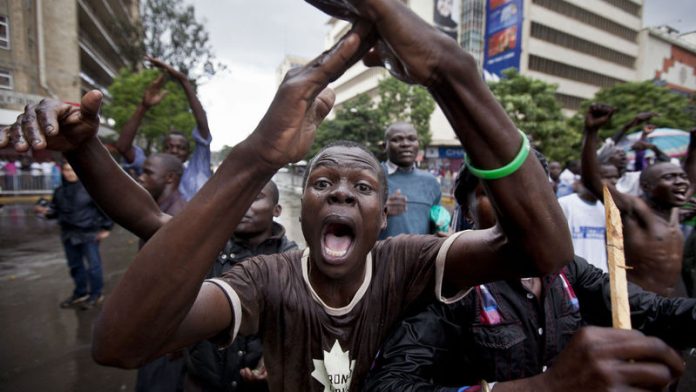 The scenes of police assaulting citizens while enforcing a nighttime curfew, as well the death by suicide of a South African woman after being forced into a government quarantine facility, have exposed Kenya’s coercive response to the coronavirus pandemic.

Although many have condemned the incidents, others believe coercion is necessary given the extreme threat posed by the virus, the need for urgent action and the failure of the citizens to comply with the government’s directives. There is no time to debate the response, goes the argument. There is only time to act to save lives.

Yet there is a serious flaw at the heart of this argument. These very factors are what make it necessary that there is more, not less, public involvement. The threat of Covid-19 is to the whole of society; the response needs to involve the whole of society. Trying to move fast without having a cooperative public in tow is a recipe for failure, as the Kenya government is learning. And the way to get a cooperative public, as well as mobilise society, is to involve people, not just order them about.

“Epidemics are tests of social and political systems,” writes Zimbabwean academic and associate professor of African Politics at the University of Oxford, Simukai Chigudu, in an article for the Mail & Guardian. Citing his book, The Political Life of an Epidemic: Cholera, Crisis and Citizenship in Zimbabwe, which looked into the roots of the 2008 cholera outbreak in Zimbabwe, he notes that that it is the “political, economic and social processes that … shape the trajectory of [an] epidemic” not just the biological properties of the viruses or bacteria involved.

This is not to say that the actions of governments are not important. The trajectory and the evolution of the pandemic so far have been largely dictated by the actions of states. The thousands of lives it has so far claimed are not evenly distributed globally, but rather concentrated in countries that for a variety of reasons either didn’t take the pandemic seriously or were slow to react to it.  In a very real sense, it is not just the virus that is killing people. They are also dying from state inaction, incompetence and malfeasance.

Similarly, as the virus menaces Africa, it is the actions of its governments that have so far determined how the pandemic is unfolding on the continent. In fighting the epidemic, a crucial constraint for many African societies is the near universal failure to address the legacy of colonialism.

In fact, as Chigudu says in relation to 21st century Zimbabwe, “The long-term factors that led to the cholera outbreak can be traced as far back as the late 19th century when Salisbury [today called Harare] was founded as the administrative and political capital of Southern Rhodesia [now Zimbabwe].” He goes on to write that rather than undoing the discriminatory nature of provision of public facilities, “colonial era by-laws, plans, and statutes largely remained in place indicating the apparent tension between overturning the racial and socio-economic segregation of Rhodesian city planning and maintaining an inherited sense of modernity and orderliness in urban space”.

This experience will be familiar to many on the continent where, in the words of one of Kenya’s politicians, speaking in Parliament in 1966: “Today we have a black man’s government, and the black man’s government administers exactly the same regulations, rigorously, as the colonial administration used to do.” The persistence of colonial states and their twin logics of authoritarian exploitation and classist exclusion means African governments begin with a deficit of public trust and well as diminished capacity to implement policies.

Just three years ago, Kenya jailed doctors’ representatives for going on strike to demand a pay rise and improvements to services in public hospitals. Corruption — another gift of colonialism — has focused attention on vanity projects, which provide opportunities for looting, rather than on investments in basic health services, resulting in high-end, expensive machines lying idle in hospitals that lack even basic amenities. The country, for example, only has about 400 isolation beds and 155 intensive care unit beds for a population of more than 48-million people.

The authoritarian and exclusionist streaks are also evident in the manner in which African governments are responding to Covid-19. In Kenya, rather than implementing an all-of-society approach, the government has opted for a China-style top-down, dictatorial approach, one that decades of hollowing out the state have left it incapable of enforcing. Activist Jerotich Seii has noted the “elite gaze that deploys a language of enforcement” and David Ndii, one of the country’s top economists and public intellectuals, has similarly decried the consequences of what he describes as a “boneheaded securocratic approach to a complex emergency”.

Yet this need not be the case. Kenya has a long history of indigenous not‐for‐profit organisations, self-help societies and community-based organisations that it could be used to win consent and mobilise society. In fact, many nongovernmental organisations (NGOs) have become surrogates for the government, offering services where the state was either unable or unwilling to do so. They have even penetrated into the policy and decision-making levels.

As politics professor Jennifer Brass noted in her PhD thesis a decade ago, “contrary to both normative arguments that government should ‘steer’ the ship of state (make policy) while private actors ‘row’ (implement policy), and the belief that government is eroding or becoming irrelevant to the governance process, this dissertation shows that NGOs are now joining public actors and agencies at many levels in decision and policy making regarding service provision”.

But there is little evidence that the government is doing much to incorporate the expertise and experience of NGOs and other civil society actors into its planning for Covid-19. When President Uhuru Kenyatta established the 21-member National Emergency Response Committee on Coronavirus at the end of February, there was no one from outside of government included in it.It is clear that governments alone cannot address this crisis.

Non-governmental actors, from professional associations and churches to volunteer, community and civil society organisations, will need to be involved in the “whole-of-society approach” that the World Health Organisation says is required to successfully face the threat posed by Covid-19. And not just as “rowers”. Across the continent, governments will need to urgently recognise that involving others in the formulation and implementation of policy need not be perceived as a threat to their own legitimacy.

As Brass writes, “Governance is not the removal of government, but the addition and acceptance of other actors, including NGOs, in the steering process.”