Celebrations over the overdue completion of Eskom’s corruption-riddled Medupi power station in Limpopo, which also overran costs by an eye-watering amount, were dampened when an explosion rocked the plant’s unit four on Sunday night.

Several employees were suspended after preliminary investigations showed protocols were flouted during work to displace hydrogen with carbon dioxide and air, respectively, in order to find an external leak at the unit, leading to the explosion. No one was injured.

Medupi and Kusile: Costly and faulty 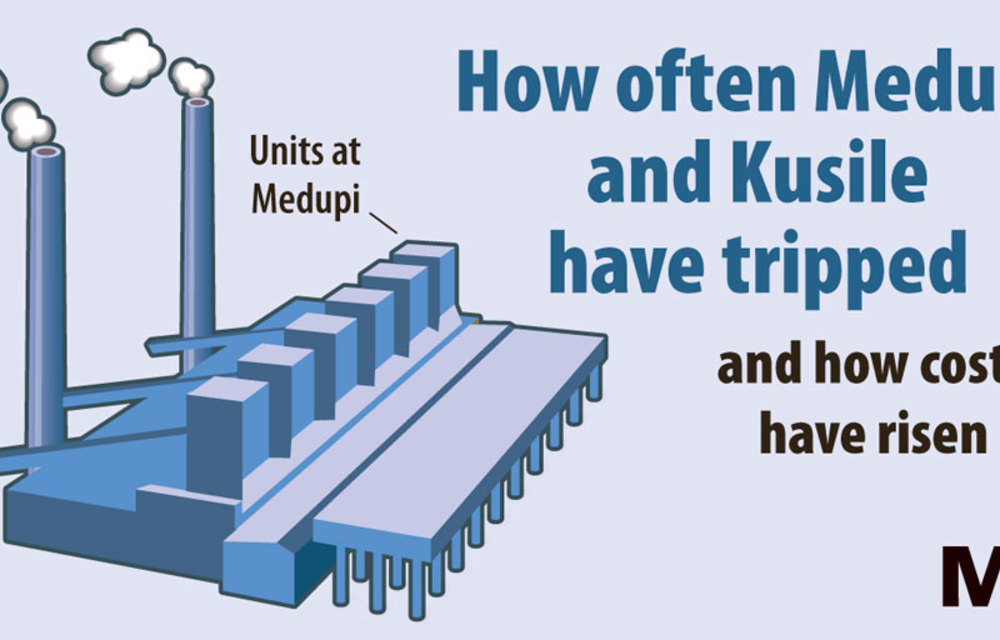 Medupi has been at the centre of controversy since the start of its construction in 2007 and has deviated from its loan conditions with the World Bank since it approved $3.75-billion for the new-build and for renewable energy expansion.

It was set to be the third-largest coal plant in the southern hemisphere and the world’s biggest dry-cooled power station. In 2014 Eskom said the boiler and turbine contracts for Medupi were the largest it had signed in its 90-year history.

South Africa’s first-ever loan request to the World Bank was motivated by the 2008 financial crisis, which coincided with Eskom’s inability to supply power to mines.

Both the Medupi and Kusile power plants have failed to keep the lights on, and the country will remain energy insecure for at least the next five years, according to Eskom’s own projections.

Despite global pressure to reject the loan from 200 organisations and 2 000 signatories in Southern Africa, the US and the UK, the World Bank granted it on the basis that the region’s development was reliant on energy security.

The loan was approved even after then-public protector Lawrence Mushwana found that Eskom chair and member of parliament’s finance committee Vallie Moosa had acted improperly in the awarding of a contract to Japanese firm Hitachi to construct 12 boilers at the two power plants. At the time, the ruling ANC’s investment arm Chancellor House owned a 25% stake in the company.

In 2015 Hitachi had to pay $19‑million to settle charges by the American Securities and Exchange Commission after it was found to have used Chancellor House to exert political pressure for the contracts.

The company also had to deal with the revelation that the boilers were not fit for South African coal and suffered design defects, while the welding was of poor quality.

The developments were reported to the World Bank by the opposition Democratic Alliance. Warnings that Eskom’s mismanagement was a recipe for disaster, however, fell on deaf ears. The government also ignored concerns that a US bond-linked loan would be detrimental to sovereign debt and that South Africans would foot the bill for a coal-fired power station that would lock the country into carbon-intensive power generation for decades.

Added to that, pressure was mounting over the utility’s special tariff agreements with steel smelters and mines, who were paying far less for power than average consumers, as part of agreements with Eskom.

“Indeed the point of this loan is not to provide more power to poor people, who will now not be able to afford electricity … Instead, Medupi is being built so as to maintain electricity supplies costing less than R0.14/kWh to Anglo American, BHP Billiton, Arcelor Mittal and other multinationals,” political economist Patrick Bond said at the time.

Reflecting on his 2010 warning against the World Bank loan, Bond told the Mail & Guardian this week that the banks should have taken a haircut on loans for coal-fired power because they become stranded assets.

“All Eskom’s extravagant claims for Medupi and Kusile — regarding construction and maintenance costs; reliability; supercritical cooling that is far less water-reliant; carbon capture and storage potential; digging the massive Waterberg coal fields which are 40% of South Africa’s reserves; or Lephalale becoming a ‘green city’ — have been unveiled as absurdist fantasies,” said Bond.

Medupi was initially expected to be completed in four years. Fourteen years and billions of rand in cost overruns later, Eskom has also failed to meet the loan conditions.

In 2019, parliament heard that the costs to build Medupi and Kusile had increased by more than R300-billion, reaching R145-billion for Medupi and R161.4-billion for Kusile. Economists have argued that the World Bank — which at the time threw its weight behind Eskom — should admit it made the wrong decision and repudiate the debt burdening the state utility.

The doctrine of odious debt has long been recognised in international law, says researcher Jonathan Cannard, citing a definition from the Committee for the Abolition of Illegitimate Debt. He says climate degradation, local pollution and corruption surrounding the 2010 loan clearly render it “odious”. 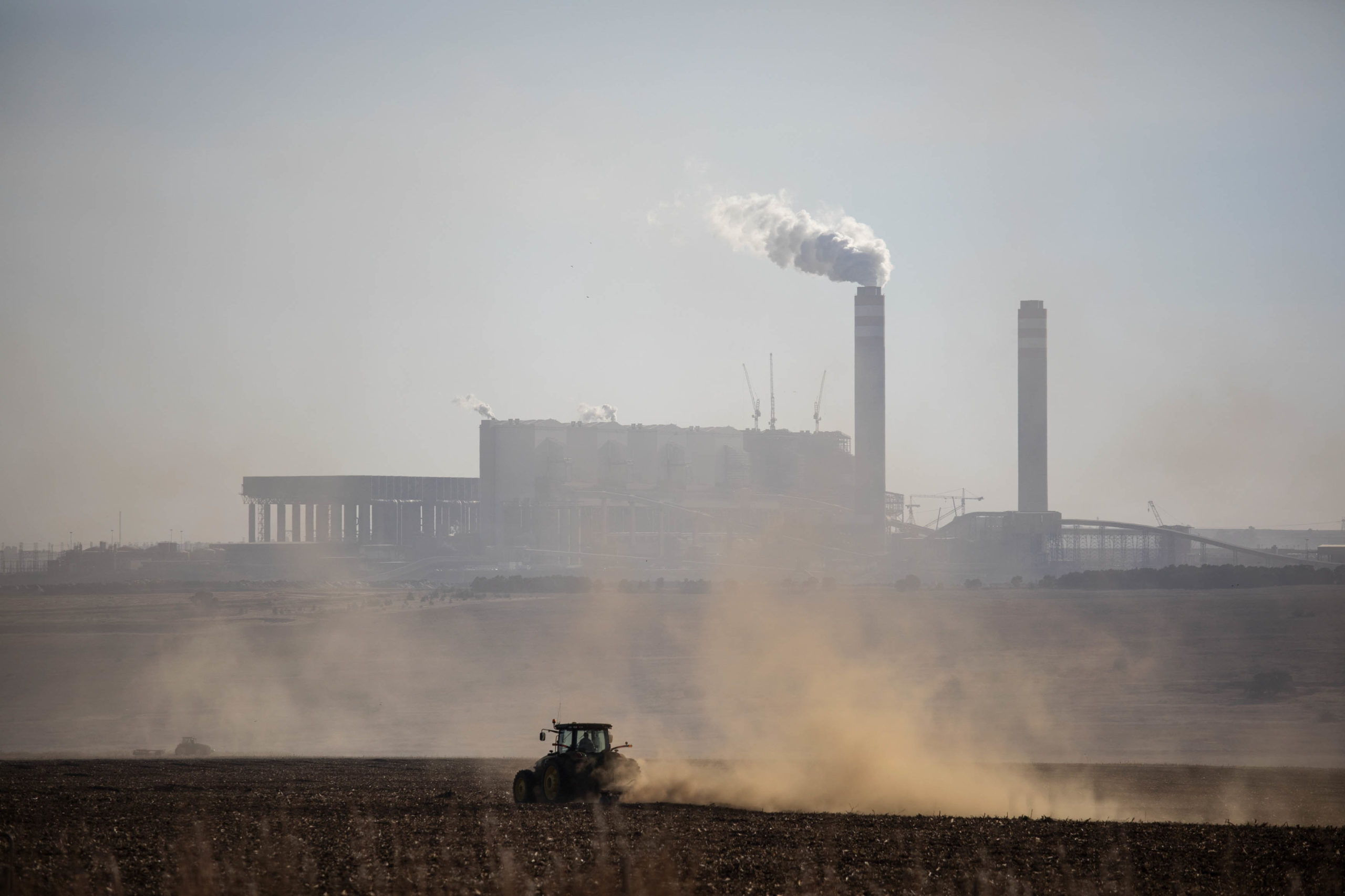 “The long-recorded corruption of the ANC by Hitachi — involving key personalities still active in government, including the vice-chair of the presidential climate commission who was then Eskom’s chair [Vallie Moosa] — would logically allow ‘odious debt’ to be claimed,” he said.

“That way, Medupi and Kusile lenders, including the World Bank, Brics Bank, African Development Bank, China Development Bank, European parastatal financiers and private-sector banks, would face up to what civil society demanded over at least the past dozen years: no loans for planetary destruction. The banks should take what they call a ‘haircut’ on loans for these coal-fired power plants,” he said.

Research on what caused the drastic cost escalations pointed to poor site management, inadequate managerial skills, poor monitoring and control, unstable management structure, and lack of experience together with poor organisation structures. Researchers concluded there was “not enough local management and organisational expertise in South Africa to ensure the proper planning and effective implementation of energy megaprojects”.

The Medupi plant will release an estimated 25 million metric tons of carbon dioxide annually, more than the emissions of over 100 other countries according to environmental activist groups who lobbied against the World Bank loan.

“No matter how the World Bank spins its lending figures trying to make it seem a climate-friendly bank, the reality is that it is not. This loan will increase South Africa’s carbon intensity and not serve the poor. Eskom is now on the path to tripling its CO2 emissions in the next eight years,” environmental rights activist Bobby Peek said at the time.

The warnings were justified. Medupi has not performed as expected while design defects and modifications continue to present challenges.

On announcement of Medupi’s completion, it emerged that the installation of flue gas desulphurisation technologies used to remove sulphur dioxide, a condition of the World Bank loan, will not happen anytime soon. The technology comes with a R39-billion price tag.

“The process to procure and construct a flue gas desulphurisation plant is underway. Eskom is committed to execute this as soon as possible but has requested up to 2030 to allow for complications or delays,” the utility said in response to questions from the M&G.

In 2019 Eskom told the World Bank that Medupi was meeting the minimum emission standards (MES) for sulphur dioxide when it sent a proposal asking the bank to restructure its condition and grant the utility an extension on key milestones.

Eskom however applied to deviate from South Africa’s MES at Medupi eighteen months ago.

“These (standards) were not in place when Eskom started with the construction of the plant in 2007. However, Medupi power station is fully compliant with MES new plant standards for particulate emissions and nitrous oxide. The plant will need to be retrofitted to comply with MES new-plant standards for sulphur dioxide,” the utility said.

Bonang Mohale: South Africa has all the markings of a failed state