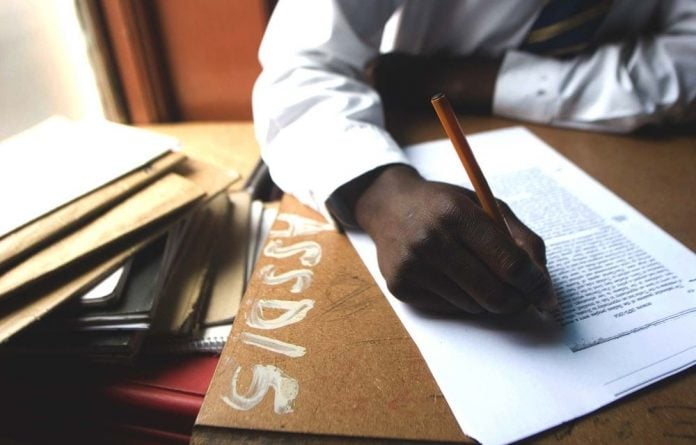 Basic Education Minister Angie Motshekga says taking the decision to have the matric class rewrite mathematics paper two and physical science paper two was difficult but it was necessary to protect the credibility of the examination.

Motshekga announced this afternoon at a press conference that there would be a national rewrite of the two papers that were leaked before the exams were written.

She said she still has a lump on her throat about the decision to rewrite the two papers but, “For me as a minister, if [quality assurer] Umalusi says they will not recognise the results, for me it closes the matter. We can’t risk as a sector any situation where Umalusi disowns the results. It is too risky.”

“To make sure that life goes on, we are all clear that we need to protect the integrity of the exams, to protect our children. We have to get a rewrite so that we do not have issues coming back from exam results being held back because they cannot be certified by Umalusi.”

Maths paper two will be rewritten on 15 December and the physical science paper two on 17 December. The matric exams were supposed to finish on December 15.

Motshekga said the decision to rewrite was taken by the Council of Ministers, a forum of the minister, provincial MECs and heads of departments, after the investigation into the extent of the leaks found that it was impossible to determine how many learners had access to the papers because it was shared on social media.

Initially the department had said the maths paper two — which was shared a few hours before it was written — had been leaked in Gauteng and Limpopo. But a few days later the department’s chief director of national assessments and public examinations, Rufus Poliah, said in a media brief that the paper was leaked in eight of the nine provinces, with the Free State being the exception.

Last week, the department said it was also investigating reports of a physical science paper two leak, which was also allegedly circulated hours before it was to be written. It has since emerged in today’s press briefing that this question paper was also leaked.

Motshekga also said that a business studies question paper had also been leaked but that the department had been able to act before that paper could be written and learners wrote a back-up paper instead.

The minister said part of the reason the two subjects will be rewritten was not to have any questions when the class of 2020 achieves top marks in the subjects.

She added: “It is quite sad because it is the same group that went through Covid-19 and all other things and now … there is a national rewrite, something that has never happened in the history of the exam. We had to do this for their own good, to protect the credibility of their certificate.”