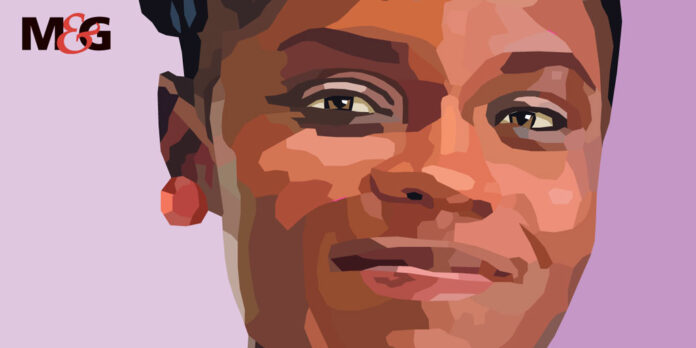 Over the past few decades, there has been extraordinary effort and progress in getting more girls and women into science, technology, engineering and maths (Stem) education and careers. But women remain under-represented. Only 28% of the world’s researchers are women and only 6% of Nobel prizes have ever been awarded to women.

Female faculty members constitute one in five in computer science, mathematics, engineering, and the physical sciences collectively. Also, women make up just 33% of researchers in Sub-Saharan Africa. Women are under-represented in science because of prevailing gender inequalities in this field, which are deeply rooted in, among others, discrimination, patriarchy, bias and harmful social norms.

There are several ways to achieve future generations of women scientists. One is to increase the visibility of women scientists by highlighting them and their work. Representation matters, and its role in inspiring young women and girls to get into science, as well as encourage women scientists to persist in academia and Stem careers cannot be overstated.

The demographics of scientists depicted on TV, in the news media, and even in textbooks are largely male and white. The internet, TV, movies and social media are a major source of inspiration and therefore the visibility and portrayal of women scientists on these platforms is important.

A lot has been said about how women, especially black women, are depicted on TV and in movies. It has been almost three years since the movie Black Panther came out and helped change the narrative on how women scientists are portrayed on screen. It also depicted Africa — we all want to believe Wakanda is Africa — in a way that is almost unconventional for cinema.

Wakanda is an innovative technology hub with very smart people. It also gave us the superhero Black Panther. Importantly, it introduced us to Princess Shuri, a young black female scientist who was essentially responsible for the technological advancement of Wakanda. What is more exciting is her high-tech laboratory where all the magic happens. This type of representation of a black woman scientist on screen is inspiring, for girls, young black ones in particular.

Princess Shuri was not portrayed as the stereotypical scientist — boring, unattractive, unsociable, with no extracurricular interests. These kinds of stereotypes are of women scientists are often depicted in movies and on TV.

This is not the case with Shuri. She is fun and smart; she is a warrior and a princess; she’s an easy-going scientist. This kind of representation is important for all scientists, regardless of gender or race.

Lately, there are number of social media campaigns in which women scientists have promoted themselves and their work using hashtags and catchy phrases like #blackinastronomy, #women in engineering and “what a scientist looks like”. They take pictures of themselves in the laboratory or in the field conducting experiments or doing regular everyday relatable things.

Social media platforms are useful tools to feature women researchers, to highlight their work and to increase their visibility. These social media campaigns can ignite conversations about women in science, including gender equality, career opportunities and stereotypes.

More importantly, they make women scientists real and relatable. Harnessing this power of social media will go a long way to increasing the representation of women scientists. We all have a role to play in this regard.

One of the most concerning phenomena is the limited number of women scientists in science textbooks. In a recent study, a dismal 13% of the scientists featured in American science textbooks were women and black women were absent. In this study, which analysed more than 1 000 scientific names in seven modern biology textbooks for science undergraduate degrees, seven men were highlighted for every one woman.

Gender stereotyping in science — for example, boys are better in science than girls; science is for men — is a major obstacle to women getting into and persisting in science. Rooted in harmful social and cultural norms, and patriarchy, these stereotypes persist up to postgraduate and into Stem careers, where women’s abilities are continuously questioned explicitly and implicitly.

Highlighting and celebrating women scientists and their achievement can, among other things, address harmful and incorrect gender stereotypes about women and science, give young women and girls role models to look up to and encourage female scientists to persist in their careers. The internet, social media, TV, movies and textbooks are all platforms that can and should be used to challenge gender stereotypes in science.

Stem has an indisputable role in academic and social capital, as well as in the growth of health, agriculture, technology, infrastructure, and renewable energy to name a few. Stem principles also encourage and support creative thinking, problem-solving and innovation.

Women must consequently be provided equal opportunity to participate in Stem careers and reach their full potential. Gender equality in Stem education and careers is critical for human rights, inclusivity, poverty alleviation and sustainable development.

As we celebrate Women’s Day on 9 August, let’s also honour women scientists around the world, who have contributed immensely to scientific advancement and innovation. Not just the celebrated ones, but also those whose names do not appear in authors lists, or whose contributions were overlooked, or whose Nobel prizes were snubbed by their male counterparts.

Their accomplishments in maths, medicine, cancer therapy, engineering, climate change, epidemiology, physics and technology are evident throughout history, despite the inequalities, bias, marginalisation and limited opportunities they faced and continue to face.

The perseverance and excellence of all women scientists is commendable. I believe that with enough support and a level playing field, women can achieve even more and change the world of science.

Hannah Simba is a PhD candidate in the African Cancer Institute at Stellenbosch University. She is also an ambassador of Working to Advance Stem (science, technology, engineering and maths) education for African Girls for South Africa