The most ambitious vaccination roll-out ever undertaken in South Africa begins on Monday, 17 May, in the face of an imminent but indeterminate Covid-19 third wave — with just 1% of the entire target population currently vaccinated.

At the current jab rate of about 12 000 patient-facing healthcare workers per day, the trailblazing Sisonke study will overlap with Monday’s vital phase two rollout launch to the 5.5-million vulnerable people over 60 years old by a week.

Professor Francois Venter, a veteran of the protracted medico-political battle for antiretroviral HIV drugs, says without the two month delay to the Covid-19 vaccine rollout, including initial vaccine procurement, we could have had 500 000 high-risk people protected already.

There were no reported adverse incidents among the 290 000 South African healthcare workers vaccinated by 13 April, when the roll-out was halted. The Sisonke roll-out resumed on 28 April.

“Hitting the pause button at an early stage of a vaccination programme can have larger-than-naively-expected consequences in the long run. It is probably better to continue vaccinating while concerns are rapidly investigated,” Welte said.

“It is better to defer decisions to pause, until and only if there is a specific course correction that has been decided. In other words, the decision to pause should be deferred until you decide there really is a problem.”

He emphasised that “the infection wave itself is created by preparedness or the lack thereof. By pausing early, one risks missing out on a significant boost in early immunity, which can substantially impact the unfolding of an imminent outbreak. It’s like dishing out umbrellas to just a few instead of focusing on stopping the rain.”

While the national department of health puts the current coronavirus death tally at about 55 000 since the first case was identified in KwaZulu-Natal in March last year, the South African Medical Research Council calculates Covid-19 fatalities at three times as many, having compared excess natural deaths since the pandemic began with historical all-cause mortality.

The council estimates that the near-overwhelming of the country’s health services during the previous two surges (June 2020 and early January 2021) accounts for 5% to 15% of the estimated 150 000 Covid-related deaths.

South Africa’s vaccination programme lags behind those of its neighbours and the other Brics countries (Brazil, Russia, India, China and South Africa), although the quality of some of their vaccines is questioned. Some 40 million people, or 67% of South Africa’s estimated 58-million population, need to be inoculated to reach collective herd immunity.

One of the biggest concerns experts noted is the higher-risk environment during the 14 to 21 days before immunity kicks in and the consequences for vaccine-eligible people over 60.

According to Dr Guni Goolab, from Business for South Africa, even with vaccination sites expanded from 95 (Sisonke) to 1 200 — initially boosting the vaccination rate to 80 000 people per day, from Monday, immunity for the earliest registered recipients will only kick in from about 4 June. 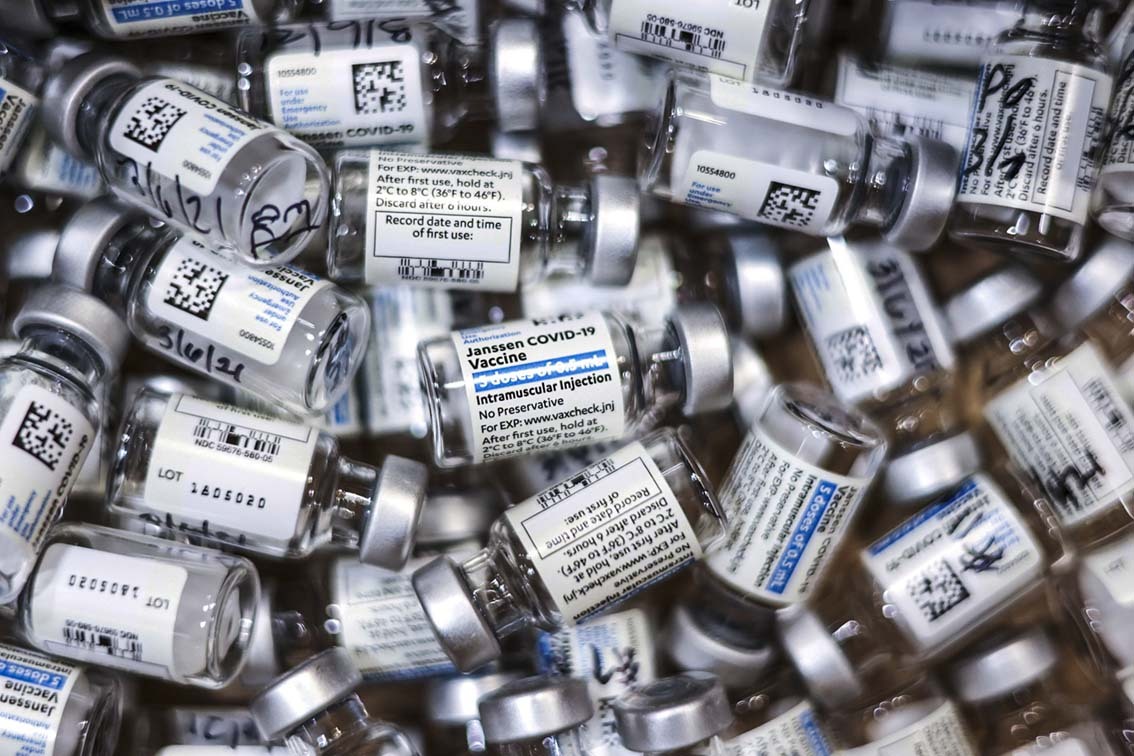 Professor Lynn Morris, the deputy vice-chancellor for research and innovation at the University of Witwatersrand, said any further delays in the vaccine rollout with a looming third wave as winter approaches could be devastating.

“We lost precious time. The rollout needs to be speeded up urgently using all available means (public and private) and creative approaches such as drive-throughs. For now, we will need to continue to rely on behaviour change to limit virus spread.”

However, ministerial advisory committee co-chairperson Professor Barry Schoub, believes that even if the country’s vaccine rollout had been up to par with most European countries, there is no way we could have reached a level to avoid the third wave. “One only has to look at those self-same European countries to see how severe their current epidemics are despite 20% and more vaccine coverage.”

He concedes that neighbouring and other African countries are well ahead of South Africa in vaccine rollout but adds, “you must remember that they’ve settled for vaccines that have not yet received stringent regulatory approval from reputable international regulatory authorities. I do think that the strict standards set by Sahpra for licensure of vaccines are correct for the public health of the country.”