If high fuel prices are so painful, we should move away from fossil fuels 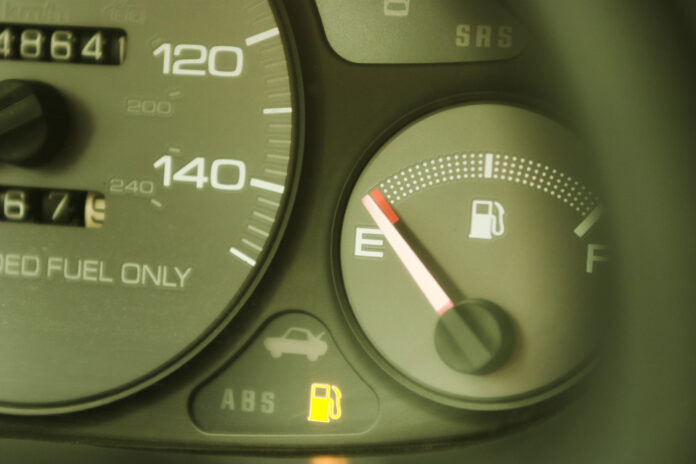 Long used to cheap petrol at the pump, Americans are experiencing serious sticker shock these days as fuel prices rise to $6 or even $7 a gallon (3.78 litres). News headlines are linking this sharp increase to Russia’s war on Ukraine. Guilt-inducing memes are cropping up on social media shaming people for complaining about the high petrol prices in the face of Ukrainian suffering.

Such logic is based on the idea that oil companies have no control over the price of oil and that high prices are stemming from an imminent scarcity of oil as a result of a ban on Russian energy imports.

An economy based on a source of energy that is so fickle will always be vulnerable. So where are the calls for ending our dependence on oil and gas?

Collin Rees, senior campaigner with Oil Change International, told me in a recent interview that there is “a complex interplay” of forces that determine prices and “the US doesn’t actually import that much Russian oil and gas”. Only about  8% of all oil and gas imported into the US comes from Russia. When accounting for domestic oil and gas production, the Russian contribution to American fossil fuel use is a paltry 2%.

Rees explains that if Russia’s war on Ukraine had any effect, it was that “increased fear among investors [has] driven up prices”. So, no, the Russian war on Ukraine has little direct connection to the hike in petrol prices at the pump. Rather, it is investor fear over losing out on current and future profits that is pushing prices up.

Still, it is important to point out that oil has become a convenient ransom note in the war: the West threatens to stop importing Russian oil, while Russia threatens to cut off oil supplies to the West. “It’s a complex issue with a lot of leverage on both sides,” says Rees.

In the meantime, for those Americans struggling to make sense of what they’re seeing at the pump, prices actually began rising in 2021 as pandemic-related quarantines eased and Americans resumed commuting and travel. According to the US Energy Information Administration, last year “[r]ising crude oil prices and increased gasoline demand contributed to … the highest average nominal price since 2014”. Additionally, “[t]he average price for retail gasoline increased by more than $1.00/gal between the start and the end of 2021”.

“The oil industry is a boom-bust industry,” says Rees. “This is an extremely volatile industry that goes through price spikes and price dips, and for that reason it’s not something that we want our economies to be hooked to in the future.”

The idea that supply and demand drives prices is an elegant one that fits well with the myths we have all been fed about capitalism. Ever the opportunist to ensure corporate profiteering, Tesla chief executive Elon Musk tweeted, “Hate to say it, but we need to increase oil & gas output immediately. Extraordinary times demand extraordinary measures.”

In other words, Americans are being told we have to accept that the price of isolating Russia for its war on Ukraine is more expensive petrol, and the price for ensuring cheaper petrol is to increase reliance on fossil fuels.

Only a few months ago, Granholm admitted that “the energy industry is making enormous profits. They’re back up … above where they were before the pandemic started.” Rees concurs, saying the industry is “raking in massive profits” amounting to “obscene amounts of money”. The top 24 oil and gas companies in the world made $174-billion in profits in the first nine months of 2021.

The organisation Earthjustice points out that with the windfall, these companies “are buying back their own shares, funnelling dividends to their shareholders, and paying lobbyists to demand cheap new federal leases so they can stockpile them for future profit”.

It’s easy to mock Americans for paying more attention to the price of oil than the price of milk. But decades of artificially low oil prices, combined with out-of-reach electric vehicles, have created a dependence that is not the fault of people. Oil profiteers and their allies in Washington DC, are to blame for ensuring that our economy remains wholly reliant on a product that also threatens the survival of our species through resulting climate change.

President Joe Biden, during his March 1 State of the Union address, could have used high oil prices to boldly tout his climate justice agenda. He could have linked the volatility of oil prices to the need for less reliance on oil. But he did neither.

Instead, he assured Americans that there would be plenty of oil, saying the US was “releasing 30 million barrels from our own Strategic Petroleum Reserve,” adding, “we stand ready to do more if necessary.”

Biden, who ran for president on an ambitious climate justice platform, and who appointed the first Native American Interior Secretary, Deb Haaland, known for her climate activism, has betrayed his own agenda. The Washington Post in January pointed out how “Biden has outpaced” his pro-oil predecessor, Donald Trump, on issuing oil and gas drilling leases on public lands.

What’s bizarre is that our continued reliance on oil and gas is no longer financially sensible even by the logic of capitalism. Leading environmental activist and founder of 350.org Bill McKibben wrote in The Guardian, “scientists and engineers have dropped the cost of solar and wind power by an order of magnitude, to the point where it is some of the cheapest power on Earth.”

“Big oil and gas [have] bought out our politicians,” explains Rees about why there remains such a continued dependence on a destructive and dwindling resource, whose prices are volatile, and whose sources are politically fraught.

Just as the fossil fuel industry and its political allies are using Russia’s war on Ukraine and resulting high prices to justify increased dependence on the resource, now is the time for advocates of sanity and safety to use this moment to instead pivot as far away from petroleum as fast as possible.

This article was produced by Economy for All, a project of the Independent Media Institute.

Sonali Kolhatkar
Sonali Kolhatkar is the founder, host and executive producer of “Rising Up With Sonali,” a television and radio show that airs on Free Speech TV and Pacifica stations. She is a writing fellow for the Economy for All project at the Independent Media Institute.
Facebook
Twitter
WhatsApp
Linkedin