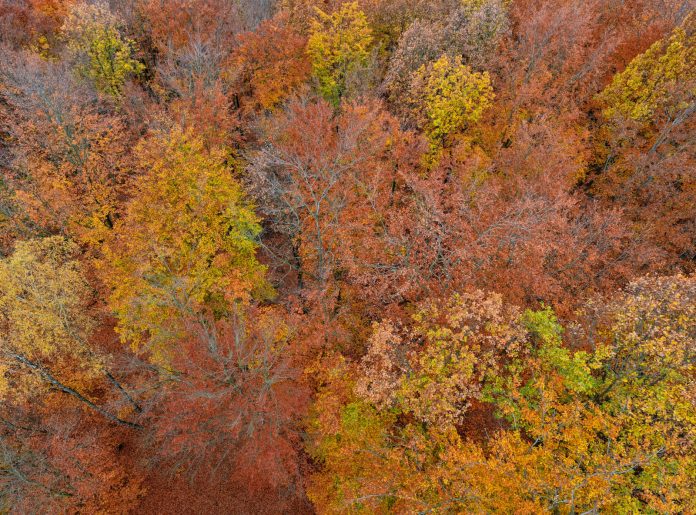 Winter is coming and I am surprised. Again. This time last year I promised to have a rubber skirt fitted to the base of my front door to keep out the draught. The space between door and floor is so large that a plump mouse could, and did, wander into my entrance hall through it.

I watched as it crept in, its whiskers and tail quivering impervious to my own quivering voice: you’re not welcome here.

Let it be said that I am not afraid of mice. That does not mean that they are welcome to set up home in my home.

I called the pest exterminators even as I wodged an old towel under the door, to keep cold air and mice out.

What I should have done was hire the services of a handyman to attach one of those bendy, pliable flaps that do the trick without having to squish a towel under the door.

What I could have done was gone onto Takealot and bought one of those curious long sausages specifically designed to do the trick.

But, I hesitated: I could hear my disapproving mother’s voice from beyond the grave saying quite crossly that I could make one myself. Stuff it with old stockings, she’d have said.

Her old stockings were put to a myriad uses: an emergency car fan belt; many stockings stuffed into one to make a floor-polishing tool or a pad for the knees while floor-polishing; for “swirling hair” — a hair straightening trick used by those of us with curly frizzy hair (the stocking kept hair wound round your head in place).

These days, few women wear the kind of nylons that were an absolute necessity in her day. I can’t remember ever seeing my mother’s bare legs. Her long pale pins were always encased in pantyhose — nude so that they were meant to look as though they were not there. So what was the point, I always wondered. I suppose it was a modesty thing, in an era that frowned on bare skin being seen in public. The skin-baring Kardashians could take a note.

Anyway, my mother thought panty-hose were such a relief after those impossible suspender belts of her young adulthood that attached uncomfortably to long-legged knickers and held up thigh-highs.

I wonder what she’d have made of Material Girl Madonna who wore (wears? At 63?) hers without a dress or skirt. And a crop top to boot! Not like a virgin at all.

Don’t get me wrong. I am a fan of stockings.

They’re very handy when the days begin to cool, and the days here on the Highveld are now starting with a sharp wintry chill.

Long-term forecasts from the South African Weather Service suggest that Johannesburg — in fact all of Gauteng and North West — will have a colder-than-usual winter.

I’m not surprised. Johannesburg has had the wettest summer in living memory. The rain began in October 2021 and did not stop until April. I cannot remember as many grey, drizzly days since I moved to this city in the very early 1980s. Pools have had to be backwashed more often, garden lawns are squishy underfoot, waterlogged.

We watched, often in real time, as rain battered Durban and large parts of KwaZulu-Natal, witnessing first-hand the heartwrenching death, destruction and havoc wreaked by the resulting flooding.

So it goes without saying that every forecast for this year’s winter, across the country, is unpredictable.

No matter how cold or bitterly cold the winter is going to be, we will still not be prepared for it.

Every year my eyes widen as May temperatures plummet and wind whistles through the gaps where my windows should snugly meet their frames.

You’d think that 63 winters would have disabused me of the myth that South Africa celebrates summer all year round. Even I’m surprised by how ridiculously unprepared for winter we, most of us, are.

We’re familiar with stories told of friends from frozen northern climes who visit us between May and September only to pronounce that they have never been as cold in their lives as they have during a South African winter.

We tell each other we’re not prepared for winter every year and then, when September rolls around, we heave a sigh of relief, pack away our 13 Tog down duvets, turn off our electric blankets and forget all about the cold until May.

I grew up in Ladysmith in northern KwaZulu-Natal where the winters were bitter and frost lay thick on the ground for most of it.

Hot-water bottles were my mother’s heating method of choice. To this day, climbing into a bed that has been warmed by a rubbery tube filled with boiling water provides me with ridiculously pleasing comfort — ridiculous, you might say, in an era of electric blankets and air conditioning (neither of which I believe in).

Still, we South Africans — well, all of us who live in the Southern Hemisphere — are lucky in that although our temperatures might be low, our days are filled with bright sunlight.

People at the top end of the world are particularly sensitive to cold weather depression.

It took a South African psychiatrist and scientist, Norman Rosenthal, to identify the cause of this variety of despondency (a lack of sunlight) and give it a name: Seasonal Affective Disorder (SAD).

During my own winter of discontent — Shakespeare invented the phrase and in 1960 John Steinbeck copied it by naming his gloomy book The Winter of Our Discontent — I was very grateful to Rosenthal.

In 1991, as the Sunday Times’ correspondent in London, I suddenly and inexplicably developed an uncharacteristic and quite unsettling sad-sack case of the Glums.

I was so miserable I could barely get out of my bed. That was when a doctor diagnosed that I had SAD and prescribed Rosenthal’s light therapy treatment.

In the brightest part of the day, I was to expose my eyeballs to as much light as possible.

If it was England grey, I had to use a daylight lamp that mimicked bright sunshine. The light helped me through a dark winter.

This time of year — autumn — is ablaze in a glorious range of fall colours: russet, shades of mustard, yellow, gold, copper, daffodil, dandelion and lemon.

This beauty bounty is a harbinger of what is to come: an unwelcome visit from our tormentor, Jack Frost.

Charmain Naidoo is a journalist and regular Thought Leader contributor.