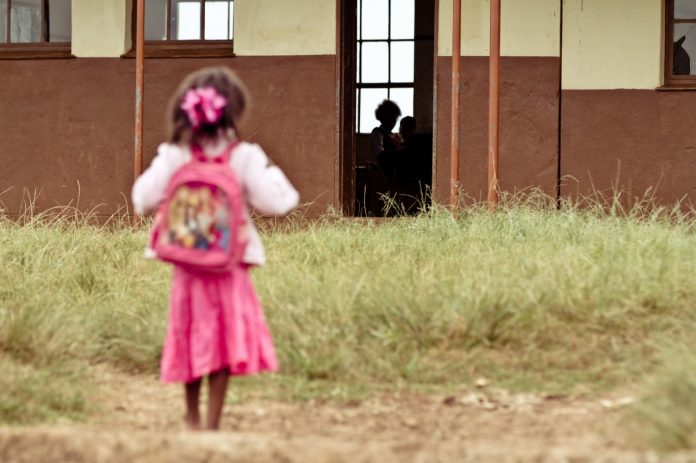 Earlier last month, my older sister graduated from law school. Completing her education at the age of 44, she is an inspiration not only to her young children, who watched her accept her diploma, but also to me, as the education minister of Sierra Leone. Far too many women and girls have been shut out of education. Every single one of them — no matter their age or background — deserves a chance to learn.

There is good news on this front. A recent publication from the Global Education Monitoring (GEM) Report, whose advisory board I chair, found that, globally, gender parity in access to education has been achieved. And new data show that even in the poorest countries, girls are outperforming boys in reading and, although boys initially outperform girls in maths, girls are catching up by the end of primary school.

But, as the GEM Report notes, we must “deepen the debate,” by recognising the disparities and failures that top-line data obscure. For starters, although girls are performing as well as boys in maths on average, they remain underrepresented among the top performers in almost every country.

Moreover, although gender parity in access to education has roughly been achieved globally, boys are at a slight disadvantage in many largely higher-income countries, and girls face extreme exclusion in a few poorer countries. In some countries — for example, Côte d’Ivoire, Guinea, and Togo — the gender gap in access to education has remained largely unchanged. In others, such as Burkina Faso, progress was interrupted by conflict and displacement. But even in countries that have made progress overall, pockets of exclusion remain.

There is also an important age component to gender disparities in education. In many cases, girls and boys both go to primary school, but far more boys than girls complete secondary school. In sub-Saharan Africa, the difference is seven percentage points, which reflects gender norms that force many girls to marry early and drop out of school.

Beyond gender disparities, there are urgent issues concerning education quality. I was appalled to learn that not a single teenager in my home region of Pujehun had qualified for university after completing four years of high school. It was this revelation that spurred me to commit to identifying the areas where we must focus our efforts to dismantle the remaining barriers to education.

The GEM Report divides such barriers into three categories. The first is situational, encompassing life circumstances like poverty and early pregnancy. The second is dispositional, and covers personal attitudes toward school. The third is institutional, and includes such factors as lack of nearby schools.

Surveys of adolescents of secondary school age and their parents, cited in the GEM Report, illuminate the barriers that make the biggest difference. In Sierra Leone, respondents overwhelmingly blamed situational barriers, beginning with inadequate resources. The inability to cover costs prevents at least 40% of adolescents in my country (as well as in Nigeria) from returning to their education.

We are now working to lower this barrier by expanding universal access to education through the Free Quality School Education program, under which Sierra Leone’s government covers not only tuition but also exam fees, textbooks, teaching and learning materials, sports equipment and school meals. Although this is a good start, more must be done to ensure that everyone who needs help is covered.

Marriage and pregnancy — other situational barriers — are responsible for keeping 10% of adolescents, mostly girls, away from education in Sierra Leone, and 21% in Nigeria. To address this problem, we have already reversed the longstanding ban on visibly pregnant girls and teenage mothers attending school, and established the Sexual and Reproductive Health Taskforce.

Moreover, we have introduced the National Policy on Radical Inclusion in Schools, which aims to ensure that historically marginalised groups — including pregnant girls and parent learners, children with disabilities, children from rural and underserved areas, and children from low-income families — are able to enrol, and remain, in school.

Despite these positive steps, we have a long way to go. And the Covid-19 crisis has probably moved the finish line, because the pandemic, like the Ebola outbreak in 2014, probably reversed progress on girls’ education.

To undo this damage, and deliver further progress toward universal education, we must work directly with those who are most in need — that is, marginalised children — in our policymaking efforts. In Sierra Leone, this usually means poorer girls living in rural areas, especially those who are pregnant and young mothers. It is not enough for these marginalised young people to be in the room; they must be included in agenda-setting and decision-making processes. To this end, I have established a youth advisory group to inform all aspects of my ministry’s activities.

My sister’s law thesis examined the National Policy on Radical Inclusion in Schools — specifically, the role of the judiciary. I remain hopeful that we can build on our recent efforts, including that policy, to ensure that far more girls can one day earn degrees, just as she did. — © Project Syndicate

David Moinina Sengeh is the minister of basic and senior secondary education and the chief innovation officer of Sierra Leone. He is also a member of the Global Partnership for Education’s board of directors.

David Moinina Sengeh
David Moinina Sengeh is the minister of basic and senior secondary education and the chief innovation officer of Sierra Leone. He is also a member of the Global Partnership for Education’s board of directors.
Facebook
Twitter
WhatsApp
Linkedin